Why Does Chalkbeat Believe That Educators 4 Excellence Represents Teachers? 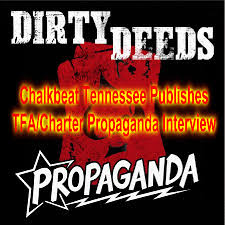 Chalkbeat wrote an article that showed the 33% of New York City teachers have not made up their minds about Chancellor Richard Carranza.  However, the survey was done before the Chancellor came under fire for his ill-advised  diversity program and the alleged anti--Asian bias as he tries to eliminate the SHSAT.

However, what bothers me the most about the article is that Chalkbeat, rather than asking a respected  classroom public school teacher like NYC educator, his opinion.  Chalkbeat interviewed   the Executive Director, a non-classroom educator for Educators 4 Excellence.as if she represented the New York City Public School teachers. The truth is that Educators 4 Excellence represents significantly less than 1% of the New York City public school teaching force.  In fact, in the last UFT election the lone Educators4 Excellence candidate received 25 votes out of over 44,000 votes cast or 0.05%.  The group refused to participate in the UFT elections, fearing their unpopularity would be exposed.

Its hard to believe what Chalkbeat writes since they are  a pawn of the education reform movement as their interview with Educators 4 Excellence demonstrates.

E$E are a bunch of scabs. Oh yeah, what ever happened to that E$E clown Evan Stone? You know, the dude from E$E who was a classroom teacher for a hot minute and then got discontinued when he was denied tenure?

Anyone know what happened to that dickweed ATR Supervisor Justin Stark?

He was at Edison for a year but they kicked him to the curb. I guess he surfaced at Tweed