The Principal Of Jamaica High School Gets Caught As He Tries To Cheat His Way Into A Better Graduation Rate And The DOE Sees No Problem With That. 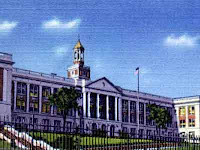 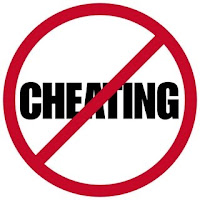 The New York Post shockingly wrote an article how the Principal of Jamaica High School, Walter Acham, directed the guidance office to give up to 12 additional credits for immigrants who entered Jamaica High School, regardless of the student's academic history in their own country. Yes, this is the same Principal who was repremanded by Chancellor Joel Klein for sending an October 1st, 2007 memo to staff on how to report an incident without calling 911.

I previously identified this disgusting practice of phony credits here. This is really academic fraud and is just an attempt by a Principal to artificially raise his graduation rate without providing the academic services for real student achievement. Once, this disgusting practice was exposed and the State was scheduled to visit the school, the phony credits were quickly removed from over 200 students that were given them in the first place.

Incredibly, Tweed defended the Principal's action to the New York Post by claiming that the school has a right to give up to 10 credits for "life skills". However, the condition for granting the credits are based upon stringent criteria for students who come from non-English speaking countries. In fact, according to the DOE regulations, the criteria is as follows:

Department rules say students can get up to 10 credits "for documented school attendance and residence in an other-than-English-speaking environment" through age 13. Without outside transcripts, there must be a "thorough review," including interviews and possible testing, said department spokesman Matthew Mittenthal.

Instead, Principal Walter Acham gave up to 12 credits to students who had spotty attendance records, and came from English speaking countries. Yes, this is the very same Walter Acham who challenged his staff in a facility meeting who questioned his poor decision- making ability by "taking them out to the woodshed". This threat was reported to Tweed, who took no action.

We all believe cheating is wrong. However, when Principals cheat by giving phony credits, manipulates with the dropout rates, and abuse the "credit recover program". The DOE sees nothing wrong with that kind of cheating in their ongoing effort in their "children last" polices.

I say, chap, you'd think you'd want someone to make the schools look good. In any case, I offer you and your colleagues the golden opportunity of employment at the upcoming Smellington Charter Academy, due to open this November.

This fraud is on going and inexcusable. Even with this practice the school is scheduled to close as it is on the list of 47 such schools the DOE announced.

Oh Smelly, is your very own Academy open yet?? I have taken a fancy to education of late and I want to try my hand at it. Maybe I'd be good at it!! It's much more compelling than knitting, Smelly, I'm sure of it!! Your academy will be scads better than Jamaica High School!! Remaining principal at a school in the DOE crosshairs must have made him a very upset principal to do what he did, Smelly!! That wouldn't ever ever happen at any of your or our friend's charter schools, now will it, Smelly?? It seems like these union people are so desperate these days, don't they seem like that, Smelly dear? It's funny how I never thought about them until a couple of years ago when Daddy lost half of his fortune in that stock market crash. We were so upset that there are people who have their retirements sewn up for them. And what's even more scandalous is that they actually earn more than coal miners!! I couldn't believe that, Smelly!!

Gee Wally, at least you tried!
Ah golly Beaver, thanks. I guess that's why you're the school mascot. Yov make everyone feel better.

I knew that it wouldn't be long. With the prison sentences of the Atlanta GA black teachers and principals convicted of academic fraud still ringing in our ears, the same kind of perfidious behavior among black school officials started right back up again in a Brooklyn NY high school called "Urban Action Academy" at Canarsie.

Its students are 81% black and 11% Hispanic, meaning that there aren't many whites or Asians around to bring up an honest test-score distribution. So a pair of black school officials, namely Principal Steve Dorcely and Vice-Principal Jordan Barnett have begun allowing the students to cheat. When honest teachers tried to stop the cheating, this pair of negro incompetents ordered them to "back off" because, they said, enforcing the rules against cheating was "discriminatory." Preventing cheating, said the principal, was "sabotaging our students."

Last year, a whole bunch of black teachers and principals from Atlanta, Georgia, were sent to prison for doing what it appears that Dorcely and Jordan are doing now, in Brooklyn, New York. Can the state of New York enforce its laws as well as the state of Georgia can? We shall soon see.