Bloomberg's Attack On Teachers And The Union Must Be Exposed For What It Is. To Destroy Educator Rights And Protections. 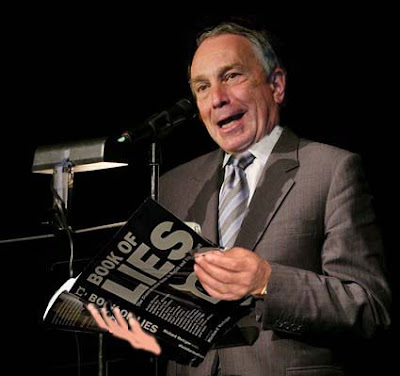 His Emperor, Mayor4Life Michael Bloomberg has continued his onslaught against senior teachers and the teachers' union by publishing a list of layoffs by school which only resulted in scaring teachers and parents as he presses his attack on "Last in, first out" (LIFO). Even the Council Of School Supervisors And Administrators CSA, has come out against Bloomberg's attack on LIFO. However, you do not see the media interview either the UFT or CSA leadership why LIFO protects educators from cronyism, favoritism, ageism, discrimination, and patronage that is the reason LIFO exists in the first place. Instead the media interviews "Leadership Academy Principals" with little, if any, classroom experience, and "newbie teachers" who are part of E4E for their opinions. Fox news claims it is "fair and balanced". However, Fox and the rest of the news media don't seem interested in hearing the other side except to give UFT Michael Mulgrew a short response to Bloomberg's attack on teacher seniority. The media, rather than being fair and balanced is simply a mouthpiece for Bloomberg and Black.

Bloomberg's attack is a scare tactic and since the union leadership is going to Albany tomorrow, they must tell the State Legislature what Bloomberg and Black's real intentions are. That is to destroy the teachers union and allow the Emperor and his unqualified Chancellor to layoff teachers whenever they feel like it.

I may have some differences on how the UFT represents its members but in this case we need to support our union 100% against Bloomberg's attack on our profession.
Posted by Chaz at 7:14 PM