Statistical Data & Anecodotals Show The Acquittal Rate Is Much Lower For The NYC Version Of 3020-a Law When Compared To The Rest Of The State. 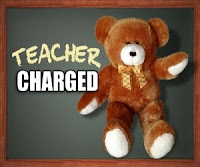 In my comment section of a previous post I was surprised how little teachers understood the New York City version of the teacher 3020-a process. First, teachers must understand that when the Department of Education file 3020-a charges against a teacher it is because they want to terminate the teacher. It does not matter how bogus, frivolous, or embellished the charges are. Once the DOE files 3020-a charges against a teacher, they will never drop the charges unless the DOE lawyer decides to offer a settlement. Approximately 50% of the teachers take a settlement that ranges from resignation at the end of the school year to significant fines and courses. The other 50% of the teachers go through their hearings either because the teacher refused to take a settlement that admits guilt or that no settlement was offered. In almost all cases, based upon a Richard Condon/Joel Klein agreement, all teachers investigated by SCI and substantiated, where SCI recommended termination must go through the entire 3020-a process and make the Arbitrator decide the teacher's fate. During the 3020-a backlog of last year, some teachers were eventually offered settlements, despite the SCI/DOE agreement. However, the SCI/DOE agreement apparently remains in force under the unqualified Chancellor, Cathie Black.

To be considered acquitted in the 3020-a process the teacher must have all charges, sub charges, and non-charges dismissed. That means if an Arbitrator makes a teacher take a "sensitivity course" or receive a "Letter-To-File", that is enough to find a teacher guilty. No fine, no suspension, no findings of misconduct just a course or a letter to the teacher's file is considered finding the teacher guilty. Crazy as this sounds, it is true. I was able to obtain data for the acquittal rates from the State and NYC version of the 3020-a process for the year 2006. I found that in the New York State 3020-a version the acquittal rate was approximately 14%. While, from both statistical and anecdotal evidence, the New York City 3020-a version, the acquittal rate is a measly 4% and probably less than that lately.

Gotham Schools posted an article from an upstate newspaper that published some of the New York State 3020-a numbers (that apparently included NYC numbers) and included the acquittal rate for an eleven year period. Between 1995-2006 there were 633 State 3020-a disciplinary hearings and 86 acquittals or 14% where the Arbitrator dismissed the entire case. By contrast an article in the Village Voice called "Class Dismissed". Which obtained from the DOE statistics that showed in 2006 that 8 out of 200 teachers who went through their 3020-a hearings were acquitted. That is a 4% acquittal rate and based on anecdotal information from people familiar with the NYC version of the 3020-a process that might be a little lower for the last three years. (2007-2010).

The acquittal rates may be even larger between the two 3020-a versions (State and NYC) since many upstate school districts do not have the time and money to pursue State 3020-a charges against teachers, except for the most serious cases since in can cost $250,000 or more to complete the 3020-a process which averages 512 days. Therefore, many of the less serious cases are quietly settled without 3020-a charges ever being issued. Otherwise, the State acquittal rate would be higher. The New York State acquittal percentage would most definitely be higher If the school districts followed the example of the NYC DOE who are not reluctant to charge teachers on bogus, frivolous, or embellished charges no matter how much it costs to charge teachers under the NYC version of 3020-a. To Tweed, wasting up to 30 million dollars annually is well worth it if it keeps accused teachers out of the classroom based upon a lying student's statement, a vindictive Administrator who dislikes the teacher, or a biased investigator. In many cases, a combination of all three.

In the bizarro world of the DOE the teacher is always guilty when charged and unfortunately, under the NYC version of the 3020-a process for over 96% of the teachers they stay guilty.
Posted by Chaz at 9:35 PM

Your relying on newspaper reports for accurate statistics. Why can't our union or NYSUT tell us the exact numbers?
A letter of reprimand is discipline. We can no longer grieve letters to the file. Your wrong Chaz. There is one version of 3020-a. In NYC, the DOE and UFT modified the process through the CBA and side letter agreements.
People rely on your blog so please be accurate.
Thank you.

Even a verbal reprimand by an arbitrator can be interpreted as a displinary action if he or she believes that a teacher impairs the good order, effiency and displine of the service which can be anything or nothing.

There is a range of actions available to an arbitrator which are verbal reprimand, written reprimand, fine, suspension, termination, revocation of license.

The whole process is set up to make a teacher look bad.

I try to be as accurate as possible and there are two versions. The State where the teacher is given a list of Arbitrators to choose from and the City where the Arbitrator is imposed upon the teacher.Of course there are other difference, like incompetence for instance. However, the point is the State and City 3020-a versions are different. Please read my links where I explain this.


non 7:44
In my 4.5 years of being part of the 3020-a process and my friend's 7 years being at 3020-a hearings We both never have heard an Arbitrator give a verbal reprimand as an "award" The lowest we know of was a LIF and a course. Usually if the teacher escapes misconduct charges, the Arbitrator will give a small fine of 1 to 2 thousand as an "award".