What My 3020-a Arbitrator Actually Found Me Guilty Of - "It Is What It Is" And Nothing More. 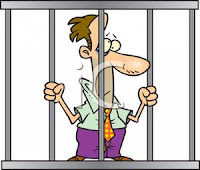 When I wrote that I was incarcerated by the DOE for four and a half years until my 3020-a Arbitrator found that I did not commit misconduct but just made a statement to a student in the presence of others that embarrassed the student, many people were questioning on just what did the Arbitrator rule? To some it sounds incredible that the DOE would waste all that time and money on persecuting me but they did and I am sure I am not the only one. While I cannot at this time include the entire 3020-a document for reasons that will become apparent in the months ahead. I will enclose the letter I received from New York State stating what I was found guilty of by the 3020-a Arbitrator. This should put to rest the vile, evil, and outrageous accusations and inferences that "Unity Hack" and some other disgusting people who falsely believe there must be more than I am disclosing.

You might ask how can the DOE justify their incarcerating me for 4.5 years based on no misconduct? The answer is quite simple. It is never about the truth it is about how the simple statement I made which was clumsily stated to a student in a room full of students was deliberately embellished beyond belief by the DOE to the point that it took a 3020-a Arbitrator who demanded real evidence to support the DOE charges which of course, they couldn't and was reduced to what the New York State Department Of Education sent me.

The letter is here.

I hope this puts to rest and lingering uncertainty about how a simple expression of praise to a student, clumsily stated, can be embellished, twisted, perverted, and changed to suit the purposes of the DOE in their ongoing effort in removing senior teachers.

To all you teachers who don't think it can happen to you. Remember what Pastor Martin Niemoller experienced and wrote. Under Mayor Bloomberg's proposal you can change the groups in what the Pastor wrote but the process is the same. For the younger teachers. Remember, if you last long enough to get close to being vested for a pension and retiree health benefits (60% do not), you will be considered a senior teacher and under threat if LIFO is changed to what mayor Bloomberg wants.

If the new layoff provisions go through the Assembly and the State Senate and are signed into law by Governor Corporatist, you will be on the list to be laid off, Chaz.

I hope this does not happen.

I cannot imagine coming through a 4 and 1/2 year battle to clear my name and get back to the classroom only to be laid off because Bloomberg was able to pay off enough Assembly and State Senate crooks to pass his bill into law.

Chaz
That pathetic letter about a non- issue is absolute validation of all that you and others have been saying about the bogus 3020-a process.

Well, is there anything new here? It is something new that this starts to happen more and more often to white middle class.
To get used to it, or not to get used to it? that is the question.

How many teachers have made comments so innucous in nature that we never give it a second thought. Unfortunately, the language police is always listening and will side with the image of being preen and proper when your situation could have been resolved with the student and those present.
Diane was on Jon Stewart’s The Daily Show speaking about her book, “The Language Police” and the absurdity of watching what you say because it’s not “standards in practice in the modern American practice. http://www.thedailyshow.com/watch/wed-may-14-2003/diane-ravitch

And to that I say hogwash!

I am constantly bombarded by the students’ constant use of profanity, obscenity, and derogatory words towards each other and more often towards teachers. How many times am I supported to accept the word “fuck you bitch” instead of a nice “good morning miss”. Yet, no consequences for those students and it would seem that’s an accepted behavior that administration allows.

I truly feel that there has to be a well defined description in the state eduction law of what is “professional misconduct”. It cannot and should not be so arbitrary and open to a chasm-wide interpretation by those who want to prosecute a teacher.

Let me tell you about a teacher I know who told a student in her bi-lingual class to stop “clowning around” in his native language (Spanish) and to pay attention to the lesson. The teacher was almost brought up on verbal abuse charges. Fortunately, the district rep stepped in and came to her defense. But, the point is that the Principal and the “Language Police” almost put a LIF for such an innucous statement.

I feel that 4 ½ years to have you emotionally incarcerated was unnecessary and a waste of the public’s money. Once again the DoE shows its disdain towards teachers by going to this extreme in hopes of making you an example for other teachers to buckle to DoE’s tactics.

It’s good to know that, relatively speaking, no severe damage was imposed and it’s time to move forward.

The Veteran NY Teacher said...
This comment has been removed by the author.
4:11 PM

Exactly what does Part 83 state? This seems like Animal House's "double secret probation."

My principal once told said fuck you to a group of teachers at a faculty conference. He then said go ahead report me I dont care. Several teachers reported him. The only thing that happened was he was told was not to say it again. If a teacher had said this to a principal he would have been dismissed.

The Veteran NY Teacher said...
This comment has been removed by the author.
6:32 AM

Anonymous said...
This comment has been removed by a blog administrator.
10:21 AM

I realize you have a problem understanding what you read but now I know you cannot read. Maybe that is why you are so stupid.

This thing between you and Unity is like the Obama birth certificate issue. If he would just produce it, it would end the issue. He has not produced it so people have to wonder why.
It would be interesting to see what a decision looks like as well-don't you agree.

Just read the letter from the State. That is all you need to know at this time.

Stop with disrespecting Chaz. He has shown you more than you deserve to see. It is obvious that he was setup by some nasty and vindictive Administrators and you should be questioning that not what Chaz did or did not do?

scarves said...
This comment has been removed by a blog administrator.
12:32 AM

To me, it seems that doing either qualifies for the revocation of a State-issued certificate in school supervision and administration.

I would like your honest opinion in this regard.