My Response To Bloomberg's Court Jester, Jonathan Bing On His Teacher Bashing Article In The New York Post 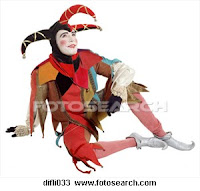 I picked up the New York Post and found that the Emperor's Court Jester and clueless politician Jonathan Bing wrote an opinion piece that explained his position on why seniority-based layoffs, called "last in, first out" should be eliminated and be based upon teacher merit. He wants "justice for teachers and kids". However, he does not explain how his form of "justice" will work. The problem with what Court Jester Bing's idea is that he failed to say how do you evaluate teacher effectiveness! Nowhere in the article does he pretend to have any idea how to evaluate teachers. Just like his Emperor, Mayor4Life Michael Bloomberg, he wants quality teachers but fails to explain who would make that evaluation. He, just like his no longer teaching friends at Education4Excellence (E4E), has no evaluation plan to determine a quality teacher. Justice indeeed.

Of course we know the answer who will evaluate teachers .its the Principal and no one else. Therefore, these politicians, ex-newbie teachers of E4E, and education deformers are willing to allow one person who can be affected by budget, ageism, prejudice, and power to determine the teacher's fate. Exhibit A of why no right-thinking person would ever allow this to happen is Principal Iris Blige, who went after her staff and the DOE apparently looked the other way. If the DOE does not discipline wayward principals who abuse their position of authority, what would stop principals from terminating teachers without cause simply because the Principal doesn't like the teacher? The answer is nothing, nothing at all.

update: The New York Post Editorial Board has blatantly stated that the Principal, and only the Principal should determine "effective teachers". Do I need to prove my point that eliminating seniority-based layoffs is simply a way to get rid of highly-paid, senior teachers?
Posted by Chaz at 6:25 PM

I almost gave up my beer as I read that article in my favorite bar tonight. Thsi was not the only teacher bashing article in today's paper.

Anonymous said...
This comment has been removed by a blog administrator.
7:28 AM

I agree...for example I am an ATR with a regular program and not unliked by the principal. She tells me that she can't afford me. Ageism? The AP said the same...but always without another person around to witness it. Go figure!

If you people hate teaching so much, why don't you do something different?

If I hated my job and my boss as much as you hate yours I would figure out something else do to with my life. I mean something besides writing on a whiny blog all day.

Chaz said...
This comment has been removed by the author.
4:17 PM

I never said I hatedmy job. I love teaching and 99% of my students would tell you that I was an effective teacher. However, my ex-Principal was known as the snake and he cared more about himself then the students of the school. This is called Principal first, children last or PFCL.

I don't make $137,000 of member money to blindly follow the union masters orders. Too bad you continually fail to protect union members you claim to represent.

The drama titled "the money talks and the bullshit walks" is being played in real time in NYC, the main charactors are Bloomberg, Black, Rhee, Klein, Stein, the supporting roles are Duncan and Obama.