The Daily News Unfairly Blames The Shooting Death Of Tysha Jones On The Teachers' Union Contract And Not On Gang Violence Where It Belongs. 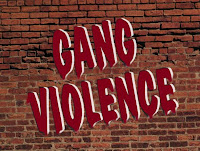 The New York Daily News Editorial Board, in a misguided attempt to bash Public Education in New York City in general and the teachers' union in particular, has blamed the shooting death of Tysha Jones on the fact that the teachers union and the Department of Education negotiated a contract that made Brooklyn-Queens day a professional development day throughout the City. It is unbelievable that the Editorial completely ignores the gang-related issues that started the problem and unfairly compared the NYC Public School System with the Charter Schools, whom for the most part, had school that day.

Talk about hypocrisy! The Daily News Editorial Board is showing their political agenda while ignoring the cause of the shooting and killing of Tysha Jones, the ever continuing gang violence between what looks like the Bloods and Crips (many of them in their 20s and are no longer in school) that seemed to be the cause of the problem. In fact, the other five shooting victims are black males in their 20s and not school-age teenagers. What is even more hypocritical about the Daily News Editorial Board is their failure to acknowledge and condemn the "forced day off" the Charter Schools gave the students so they can protest for Charter School co-location on May 26th. Nowhere did I read in the New York Daily News or any other newspapers for that matter, complain that the Charter Schools took away valuable instruction time to protest a political agenda. Now that is hypocrisy!

The New York Daily News Editorial Board has shown its bias against the NYC Public Schools by reaching to a conclusion that is wrong while deliberately ignoring worse abuses perpetrated by the Charter Schools they support. They should be ashamed of themselves for their garbage editorial that blame the Public School System for the shootings and not the gang violence.

update: A 19 year-old high school dropout, with an extensive arrest record and a member of the Crips gang was arrested for the killing of Tysha Jones. So far no teachers have been linked to the killing.
Posted by Chaz at 8:30 AM

Life at the Daily Muse has sunk to an all-time low. Absolutely disgusting.

I suppose if it had happened on a Saturday, the News would bemoan the 5-day work week and push to move us right back the 19th century, before all this union and human rights nonsense ruined everything.

And if it happened on a Sunday, we would get pushed into a 7-day week.
Teachers are responsible for all ills of the city.

A student from the Gautier Inst. (Bx) got shot on Wednesday when the gunman got off the bus. This occurred after school dismissal.

Does the city put metal detectors on busses? Or do we keep the students in school until 5 p.m. because no shootings occur during that time.

It is very sad that the young girl was at the wrong place at the wrong time. However, the mother did state that she forbade her daughter to go to the beach; her child ignored her mother.

I feel that the op-ed writer(most likely written by a Bloomberg croony) is using this unfortunate incident to blame the union. What about the students who should be in school at the required time, but are out in the streets cutting classes? Will the teachers be blamed because a teenager was caught either robbing, mugging, smoking(pot), or in a gang-related incident? Why isn't the op-ed writer seeing that common problem that occurs 180 days with many of our students?

Teachers Should Patrol the Beach said...

It was a closely guarded secret that the students had off. The police didn't know about it and had no patrol assigned to this part of Brighton beach where violent incidents regularly occur. BTW the water was fine yesterday and the beach was empty but there were more cops than bathers.

I left a comment on that article:
Well, this is s stretch even for the Daily News. This tragic event could happen on a weekend too. For the record, teachers did not have a vacation day. They were instead receiving professional development, or in most cases, getting more excessive paperwork to do that does not impact their students' learning, as they also do on Election Day. On the same day, New Jersey district's had early dismissal due to the extreme hot temps (the day this incident happened). It was a blessing that NY city children were home that day since a majority of the NYC classrooms are NOT air conditioned. Some schools may have units, but once the motor goes, the schools will not repair them. But if as you say, it's a gang-land ritual, why didn't the mayor take precautionary measures? It seems your ire is really misdirected. Really editors, you seize on anything to slam unions and teachers, yet not on editorial on the amounts of money the DoE is spending on lawyers rather than not laying off teachers.

Oh, wow. I can't believe the Daily News hates us that much that they blame gang violence on our PD day. Can you image what the DN would write if we had the day off?

The DN wants teachers to be the babysitters of the city's youth. Wait until kids are off all summer with no jobs!

Even for the Bloomberg/Zuckerman daily news this editorial is a disgrace. To blame the UFT for anniversary day shows a lack of historical perspective by the daily news. Ray Kelly stated that the incident was not gang related but the result of an earlier altercation as a bottle was thrown at one of the combatants. The killings that have taken place this year are similar to the violence that once plaqued the city. The PD has fewer officers and crime is now on an upward trend. It takes pure distortion to blame the teachers union for this act of violence committed by many of the students who daily terrorize schools and staff and yes gang related in many instances. But, the Bloomberg run police commissioner and administration will never admit that gangs are in schools and throughout the city!

I found it just unbelievable that the Daily News would blame us for the death of the girl. Interestingly, the other five victims were males in their 20s. Obviously, they do not go to a NYC Public School.

As for Ray Kelly saying it was not gang violence. What would you call a bunch of young men with guns who have blood and crip affiliation. A social club?

It has to be someone's fault for the killing, it will never be the group that run newspapers or its friends.

Oh...this type of distortion is acceptable in certain circles in this town...it's called chutzpah...or something like that...

Didn't our Mayor prohibited guns at beaches and other public areas? Oh right, that was cigarettes...my bad! Ray Kelly says it's not gang related...hey buddy, there isn't a ticket you can't fix and a number you can't fudge.

I also left a comment on the Daily News article on line. I had a student who was on that A train where a shooting occurred on the same day as the Brighton Beach incident. He was terrified, and described the scene as pushing, shoving, and chaos. He mentioned helping a younger kid off the train as soon as they could exit the train. This incident occurred during rush hour, at around 6:30 in the evening. Apparently teachers weren't to blame for this particular incident. As far as I'm concerned, Brooklyn-Queens day should be an instructional day, not June 27th. I had a wonderful PD experience, but could have done without it and gotten by somehow. Does the Daily News know of any teachers in the Crips or the Bloods? Their so-called journalism has sunk to such a low level that the Saturday edition had the first 6 pages devoted to the lurid behavior of Anthony Weiner, page 7 was a full page ad, and page 8 was the gossip column. Virtually no news was reported that day. Way to go, DN. Maybe the Daily News should change its name to the Daily Weiner Report.

104 degrees, public schools closed, no one at the top ( e.g. Bloomberg and Kelly) anticipated possible trouble spots in the city, or thought to beef up police patrols?

Wonderful- can't smoke at the beaches, but packing a gun? No problem.... Blaming the teachers' union contract for this? Inexplicable.