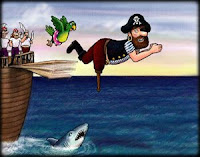 You might ask what is so terrible about what the "C" rated Principal is doing? First, this is a vacancy that is being hidden from the "Open Market Transfer System". Second, she has had an ATR teacher all year and proved to the Administration that he is an excellent teacher who the students liked and was much more "effective" as a teacher than the "newbie" who struggled with classroom management problems and student disrespect . Finally, there is a question of age discrimination as the much more qualified and respected ATR is over 50 while the "newbie" is only 23!

According to my source, the "C" rated Principal seems to be going after many of the older male teachers in her school as they believe that they are subject to disparate treatment and given disciplinary "letters-To-The-File" that the other teachers are not subject to. This apparent discriminatory behavior has been sent to the District Representative of our union and to date the union has not acted upon the information. Let's hope the union wakes up and exposes this "C" rated Principal for what she really is, a person that cares about what is best for her and not the children of her school. Or as the union would say a "Principal In Need Of Improvement".
Posted by Chaz at 7:46 PM

Can everyone stay on topic this time!

Please do not talk about how teachers have the summer off, how wonderful Bloomberg is, or about how much ATRs suck.

This is about sucky Principals!!!

p.s. No layoffs! ATRs have fun being subs next year.

There is also a loophole where principals are allowed to hire new teachers after they U rate and discontinue a teacher instead of going to the ATR pool.

I recently wrote about this on my blog and Ed Notes posted that link to his blog too.

we've got to stop this said...

Happening all over. Two newbies were promised jobs in my school for the upcoming year to replace math teachers who are leaving. Wonder how they will get away with not taking ATRs?

You ATRs need to retire and move over for the newbies. We are better educated and will bring life to a failing system.

AND, when your Masters like Bloomberg, and KLein had to use dirty tricks, lies, and deception, to get the public to think they were improving things...well...that says it all.

Basically...you newbies "ain't shit", and most of you will be long gone in a short time...you're mostly yuppy scum, and are using the poor for a gateway to med., business, and law schools...get a grip...