Yet Again, The Independent Budget Office Shows That Closing Schools Have A Greater Percentage Of "High Needs" Students. 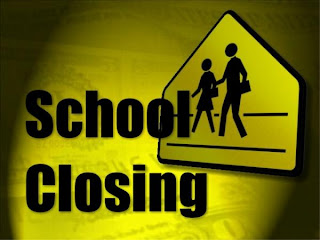 For the fourth time in as many years the City's Independent Budget Office (IBO) found that the DOE closing schools had a greater percentage of "high needs" students, defined as Special Education, English Language Learners, and low performing students.  In all cases these closing schools are primarily filled with a poor black student population living in poverty.

The large percentage of "high needs" students in these schools slated to close has even caught the eye of the State Department Of Education and Commissioner John King who complained that the DOE's enrollment policies created the unacceptably large percentage of "high needs" students in these schools.  His statement that criticized the DOE can be found here. Of course, the DOE put its own spin on the IBO report by claiming that they have provided additional resources to these schools but they failed anyway when compared to schools with similar student populations.  However, a NY1 analysis showed the DOE statement to be false, that  almost every elementary and middle school that have large percentage of students living in poverty and have large populations of "high needs" students fared poorly on both the State and National tests.  Only 6% of the "high needs" schools actually showed English and Math scores above the citywide average. I guess the spin never stops at the DOE.

The entire IBO report can be found at Gotham Schools and puts to rest the DOE's claim that poverty is not an indication of poor academic performance.  It's "children last"....always at the DOE.  Especially when it comes to poor black and needy students.

Nowhere in the Times or Gotham articles do I see that the practices of the Office of Student Enrollment which acts at the behest of the school closer Sternberg are mentioned. They load these schools up with special needs kids and makes them accountable under the old NCLB rules. This also kills their Progress Reports and provides DOE the excuses needed to close them. On the other side, informed parents avoid these schools once the closing rumours start and there you have your prescription to close and replace with small schools or charter. Chicken or the egg?

As a teacher in one of these schools, I saw first hand how the school would lose their top students when targeted by the DOE foir closing.

I feel sorry for the teachers in those schools since they will be marked as a failed teacher and no other school would accept them, especially, the teachers that make a high salary.

I am also in one of these schools - and the problem becomes more intractable when we see that lack of parent/community involvement in these schools. We had Parent/Teacher Conf. yesterday - it was like selling ice in Alaska. I have about 150 students and maybe 15 parents come to pickup the report card and meet with a teacher. Sad situation but quite on script.