The Union Attemps To Make Lemonade Out Of A Lemon And Fails When It Came To The Teacher Evaluation System. 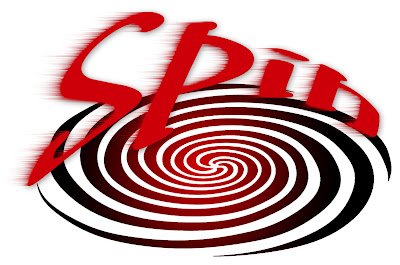 I almost laughed out loud when I read Michael Mulgrew's letter telling us how we won in the battle with the DOE on teacher evaluations.  According to the Mulgrew memo we enhanced our "due process rights",  a choice how many observations we are subject to,  have 22 instead of the DOE seven rubrics that a teacher must demonstrate in their lesson,  a weaker student survey score, and finally a teacher rated "ineffective" will have an evaluator. Let's take each union victory claim and see if it stands up to scrutiny.

"Due Process Rights":  Yes, the State agreed with the UFT appeals process but this process is in front of a DOE kangaroo court that, in the past, upholds almost 100% of the "U" ratings.  Only the "lucky 13%" will have an independent Arbitrator look at the "ineffective ratings"  With the new teacher evaluation system two consecutive "ineffective ratings" will almost surly result in termination since "the burden of proof "will be on the teacher and not how it is presently under State 3020-a law, where "the burden of proof "is on the DOE. Enhanced?  I think not. 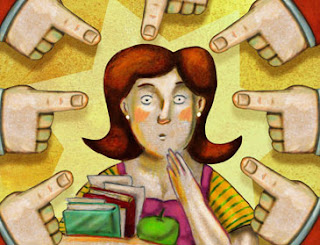 Observations:  The two choices allows for the administration to do an unannounced observation and is a "gotcha  moment" by administrators to catch teachers unprepared.  Furthermore, there will be more observations then before and if the teacher is stupid enough to allow the administration to videotape their lesson then that teacher deserves to be terminated. Finally, the Principal has up to 90 days to write an e-mail of the observation and does not require the Principal to have an in-person discussion.  If anybody believes this is a win, they are delusional or on drugs.

Danielson Framework:  How can anybody believe that having an administrator rate you on 22 specific rubrics using the Dainelson Framework is a win is unbelievable.  The Danielson Framework will result in many teachers being terminated as the DOE will use the most stringent and rigorous interpretation to destroy a teacher's career. Some win!

Student Surveys:  Interesting how John King allowed student surveys to be part of the teacher evaluation but refused to have teacher surveys used for a Principal evaluation.  That's a real win right Michael?

The evaluator: Michael Mulgrew hailed this as a win but the evaluator seems more like PIP+ and past statistics show an over 90% termination rate under PIP+.  I hope we don't have many more wins like that Mr. Mulgrew?

Let the union spin the defeat and claim that the lemon is really lemonade but the truth is it has a bitter taste in my mouth and no amount of sugar will convince me that it wasn't a DOE win and a UFT loss.

I can't even begin to say how disgusted I am with Mulgrew and his own puppet panel known as UFT leadership. I have so much to say and no AED available for what would be the inevitable heart attack/stroke that I can't get started.

The only positive thing about any of this, is that there will be so much paperwork for the administrators that they will spend so much time doing paperwork that they might not have time for all of the observations they will have to do.

Everything you say about this is dead right,Chaz.

We really don't want many more "wins" like this, do we?
PIP+ indeed.

I can't under4stand how our union can claim this disaster was a victory. Maybe they believe the administration will not be able to handle the increased paperwork on the Dainelson framework. However, I agree with chaz that they will cherry pick the most difficult to meet and terminate teachers.

I doubt that they'll cherry pick narrowly. Remember that this is building towards a 2 year termination.

Just in case some survive in the second year, don't put it past them that they'll need a bigger net than the 7 percent sacrificial lamb quota that Mulgrew agreed to.

And factor in that a lot of people are going to quit under the strain of the frequent harassment. So I see about 15% getting U's. They'll have no trouble finding targets, since with test-based eval score reaching 40%, thousands will be available. The media will swoon over how "finally" the bad teachers are getting axed.

I teach a high school science, course. 2 domains on Danielson are weighted 75% towards the 60%eval. 100% of evaluation is based on test scores. My school is unscreened and all students are pushed into upper tier regents sciences without qualification. 50% of them are out of the game day one. I know I can't be the only one in this position. Did you know that schools can distribute regents scores equally among teachers to count as 20% (effective 50%) just for walking in the door at Stuyvesant, Tech, Midwood. In other words they are immune from all of this.

I don't claim that I am discriminated against because I choose to work with disadvantaged kids, but I do work with that population, I like it and I'm pretty good at it. Anyone who teaches in these places career is over. (In two years).

We are all so up the creek you have no idea how stacked the system is against teaching at small outer borough schools. (Which the admin. created).

Stop crying on the blogs and organize. It's our best hope.

we are so screwed - that last comment was 100 percent correct. hope the people that voted for Mulgrew and his acceptance of this utter crap are axed first -

There are just too many holes in the Danielson Framework and its legitimacy.

And just what kind of classroom experience does Charlotte Danielson have? Kindergarten through college, supposedly. But why do we not have any references to grades she taught, for how many years, in which sort of school system (urban, suburban, public, private?).

I've gone into several of the Danielson issues at Huff Post on Danielson's secretiveness, profiteering, alleged expertise, when commenting on Alan Singer's piece at the Huffington Post.