Will Heads Roll At Tweed Due To The Regents Fiasco? Don't Count On It. 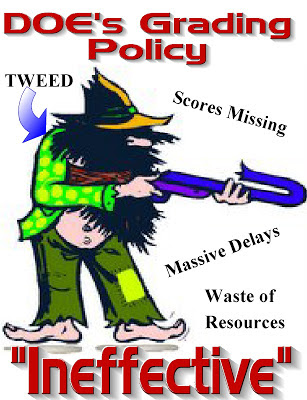 The DOE's ill-advised Regents grading policy by outsourcing the scoring to a private consultant for a three year contract worth $9.6 million dollars has been a colossal failure and waste of money to the school system.  Unlike the rest of the State, where they trust their teachers, the schools marked their own Regents. The City, on the other hand, didn't trust their teachers and went one step beyond and required all schools to outsource the Regents scoring.  Of course the charter schools were exempt since there is no cheating going on at the charter schools, lol.

The result of DOE's Regents grading fiasco was that the final grading of the Global and U.S. History Regents were not finished until school had finished.  The Living Environment grading didn't end until the last day of school and many physics exams were incorrectly labeled "invalid".  James Eterno in the ICEblog documented what he experienced as he was sent from Jamaica High School to Cardozo for grading only to do virtually nothing for days on end.  Furthermore, teachers were offered "per session pay" ($41.98/hr) to work on Saturday and Sunday as well as into the evening.

One of my favorite stories was the case of one Brooklyn Living Environment teacher who received a "discontinuance" of employment and the DOE threatened to take her teaching license when she was given her letter of termination the previous day.  However, the very same teacher was asked by the DOE to come back the next week to continue marking and given "per session pay" to work into the night.  Unbelievable, but true. You just can't make this thing up.

This fiasco by the DOE, orchestrated by those non-educators by Tweed has caused uncertainty, 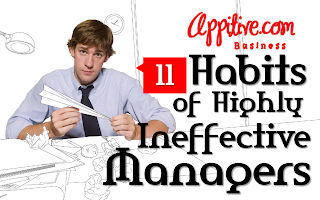 aggravation, and anger among parents, students, teachers, and school administrators alike.  Imagine graduating without knowing if you actually passed the Regents and embarrassing family and friends when it turns out that the student failed?

Will heads roll at Tweed because of the Regents grading fiasco?  Remember, they are not held accountable.  Therefore, look for the DOE  to remain unscathed by their incompetence.  If I had to give them a grade it's "INEFFECTIVE"!

DOE did not force charter schools to send out their grading - that is a travesty - can' wait to see how many kids there got 65s as opposed to to 64s. The fact that this corrupt ineffective incompetent organization is in charge is a fiasco- everything the DOE touches turns to dirt

Right on the money. I suspect that nobody wil be held accountable at the DOE for their failure.

chaz, I must admit your pictures are priceless. I'm sure the DOE has you on their hit list.

Now schools will be forced to spend thousands on more per session to re-check failed tests to see which should be appealed.
It is a mess created by Tweed and the schools end up paying as usual

Has Dennis Walcott met the Peter Principle? I swear I feel that they both the same.

Is this not the first step towards outsourcing teaching jobs in NYC? When I first heard that teachers were not going to mark their own exams, I always thought that the physical paper exams were going to be exchanged and marked by another group of teachers. Now this procedure about scanning exams in a different state and then having teachers at computer terminals marking exams is quite eye-opening. They still used NYC teachers to mark these exams this time but nothing is preventing them from shifting the marking of these exams to another state with temporary workers within time. In time and they will shift the marking of these exams to another English speaking country. This will cost pennies per exam. This is happening in other industries- I marked exams for ESL Korean students about five years ago so this is definitely possible. This is something I am not sure why no one has spoken about. The only reason the teachers had to be at grading centers is the city law/policy that city workers can not get paid if they are not physically at their post. This can be changed and this regents marking will be a thing of the past. I do not know what teachers will do but they could have teacher administer exams although that can be done on computers. But I would guess that to save money they could furlough all high school teachers for the month of June.

Public schools in the rest of the state also had to participate in regional scoring of Regents. In my BOCES region (Finger Lakes) non-certified teachers were hired to grade Regents because there just aren't enough teachers to pull from rural schools. Charter schools exist only in Syracuse and Rochester, so I don't know whether or not they participated. Our Global Studies, Algebra/Trig and Earth Science scores took a nose dive. I hope parents know they can have their student's scores appealed.


Not true for downstate school districts. Long Island and Westchester schools marked their own.