Why Experience Counts When Hiring Teachers. 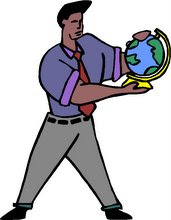 It's time for the Open Market Transfer System (OMTS) when teachers look for positions that better suit them or just looking for a change of scenery. Unfortunately, in the last two terms of the Bloomberg Administration few experienced teachers were considered by principals for their vacancies and "who can blame them"?  Since experienced teachers cost more money to the school, thanks to the unfair "fair student funding formula" imposed on the schools by the DOE. However, these principals are being "short sighted" and  doing a disservice to the students of their school when they practice "education on the cheap" by hiring inexperienced or "newbie teachers" instead of the "best teachers" to meet the ever increasing academic requirements such as "Common Core".

Why is it important for principals to hire experienced teachers?  Let me count the ways.

First, it's important for a teacher to have a deep knowledge of the curriculum he or she is teaching.  Without this understanding of the topic, the teacher can only scratch the surface and make it more difficult for the students to succeed academically, especially with "Common Core" being implemented in the schools.

Second, An experienced teacher has a track record and any Principal who cares to investigate the teacher's ability in the classroom can easily do so and decide if that teacher is appropriate for their school.  Inexperienced and "newbie teachers" do not have such a track record and when a Principal hires an inexperienced teacher for their school it's a "crap-shoot" to say the least and a good 50% of the time it will be "snake eyes" with th students losing...

Fourth, no Principal wants their students to become "guinea pigs" as the inexperienced teacher struggles through an unfamiliar curriculum and try to maintain classroom discipline at the same time. This steep learning curve for the teacher puts the students at a disadvantage academically to their peers who are fortunate to have an experienced teacher.  However, many principals do just that by hiring the inexperienced teacher, usually becuse of their school's budget.

To New York City principals, the question I ask you?  Do you want the "best" or "cheapest"  teachers to lead the school's students and which would you want for your own children?  Ponder my question carefully when you are tempted to hire an inexperienced  teacher to save a few shekels.  Remember the saying "penny wise dollar foolish" when you play the game that will result in hurting student academic outcomes, known to all as  "education on the cheap"
Posted by Chaz at 12:19 PM

Bloomberg couldn't give a shit about "the students"...he cares about getting a cut from every one of the new co ntracts he signs...into perpetuity...in creases his wealth from a reported 7 or 8 billion to over 30 billion during his reign here...? How is that possible in Great Depression II


This is the best post you have written in a long time. You clearly stated the problem with the Open Market System.

Just heard on the radio: there is a new state-imposed system of evaluating teachers coming in the 2014-2015 school year which will render the teaching profession a profession no longer. It will be a Kelly Girl stint for a few years only. Not only will there be the 4 levels of "highly effective", "effective", "developing" and "inffective" (and we all know which will be used the most), NOW there will be a 5% STUDENT SURVEY INPUT on their teachers entered into the mix. So now, you don't only have to listen to "Shut up bitch or I'll get you fired" and wait for little Tyrone to recruit 20 of his friends to write a completely fallacious statement about something you never did or said, it's going to be formally incorporated into your evaluation. If you insist on discipline in your classroom and students doing actual work, guess what kind of evaluation they will write about you? Just the kind of crap you see in Ratemyteacher.com. And the UFT has joined hands with Bloomturd in welcoming this system! Quote from the Wall Street Journal article: "...and districts can more easily and more quickly fire teachers rated ineffective for two years." How anyone who is an honest grader and not a complete suckup to administration or capitulator to the students will survive this is anyone's guess.

I just tried to find myself on Ratemyteacher.com. I don't exist because I am an ATR, maybe, because I go school to school.

Even in Kindergarten, you can expect "Get off me Mother F____er!" Don't ask what school or what district or what borough. Does it matter? Sure, there are the "good" students. The "not so good" students seem to dominate because parents seem to be afraid to parent. Sociopaths are the way of the future.

So, maybe not being part of a school is a good thing. Any comments?

and you voted for Michale Mulgrew. He is laughing at you. He is sitting there saying thank god I dont have to teach. Thank god I am not part of this. I can just sit back, collect my 250000 thousand dollars and not have to wory about any of it. Ha Ha Ha you stupid teachers. Ha Ha Ha. And you voted for me. You stupid Losers.

For your information I did not vote for Michael Mulgrew, get your facts straight!

I used to be on Ratemyteacher but somehow it was deleted. I really don't know how.

Chaz,
I don't know what you are talking about when it comes to experience. I know that if I had to have a heart transplant, I would want a young new surgeon with steady hands that can experiment with me, rather than an older experienced surgeon. Is this mentality wrong?

Where does it say that an older surgeon doesn't have steady hands? Where is the evidence for this? Ageism isn't mentally wrong. It is discriminatory. There is a reason why the most experienced doctors/surgeons are in the most demand. The more one sees, the more experiences we have to pull from. Some day, when you are older you will understand. Ageism is strong in our culture and it's sad.