The New York City 3020-a Process Part III - The Lawyers 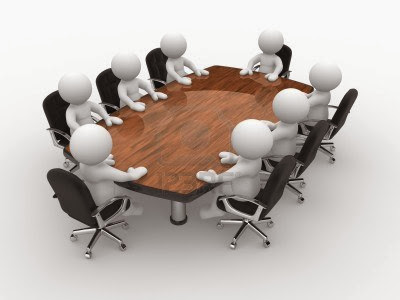 Another major actor in the 3020-a hearing process are the legal teams for the DOE and the educator. For simplicity I will call the DOE legal representatives as the "lawyers".  While the NYSUT legal representatives as "attorneys".  During the Bloomberg Administration, the DOE has hired more lawyers than any other employees in their Central Bureaucracy.  Most of these lawyers work for the Office of Legal Services and are directly or indirectly associated with educator discipline issues.  The Office of Legal Services represent the DOE in the 3020-a hearings and their mission is to ask and receive termination.  No other "award" is acceptable.  On the other hand, the educator is represented by NYSUT who provides an attorney "free of charge".  The NYSUT  attorney's mission is to save the educator's job not to acquit the educator.  Remember in the New York City version of the 3020-a process only 4% are actually acquitted.

The DOE Lawyer:  In the 3020-a hearings the DOE lawyer can come from either one of two units under the Office of Legal Services.  The Administrative Trials Unit (ATU) for educator misconduct cases an the Teacher Performance Unit (TPU), otherwise known as the "gotcha squad" for teacher incompetence cases. Regardless, both units have one mission and one mission only and that is to seek and receive termination by whatever means possible.

To achieve their goal of termination, the DOE lawyer will overwhelm the educator with numerous dubious charges (specifications).  These charges will include presenting unsupported hearsay as fact, embellishing everyday interactions as serious infractions, and twisting and perverting simple actions as major misconduct.  Their specialty is to take incidents out of context and will claim that the educator has a "pattern and practice" to advance their goal for termination otherwise known as "throwing shit on the wall and see what sticks".

The Private Lawyer:  Some educators decide to use a private lawyer for different reasons.  There is a perception that the private lawyer will work harder for the educator since they are being paid.  However, in my opinion, the results have been mixed at best.  The major reason is that the New York City version of the 3020-a process is a team process. The Arbitrator. The DOE lawyer, and the NYSUT attorney are the team.  They are linked together for a year or more and a certain "comfort zone" is established between the three. When a private lawyer replaces the NYSUT attorney this may unconsciously affect the Arbitrator's "award".  I prefer to believe that no Arbitrator knowingly does that but it can't be ruled out.  Therefore, an educator should think long and hard before replacing the NYSUT attorney.