Why Every 3020-a Arbitrator Award Is Different. - Part V 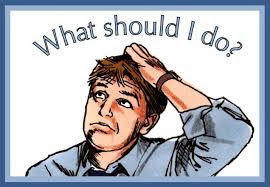 One of the truisms in the New York City version of the 3020-a hearing process is that "every case is different".  To support that statement I present three cases that have the same or similar allegations with vastly different Arbitrator "awards" (penalties).

Case #1:  Three high school teachers were reported to have been drinking hard liquor in the classroom before open school night started.  All three teachers were sent through the 3020-a hearing process and received vastly different "awards".  The alleged ringleader of the group was the first one to finish his 3020-a hearing and received a $5,000 fine and a course on appropriate behavior.  His girlfriend was next and received a much more stringent fine of $25,000.   The last teacher was handed to most severe "award" with a six month suspension without salary and benefits as well as being called on to take alcohol testing at a moment's notice.

All three teachers had no previous discipline problems and were well liked by the school Administration'  Why the vastly disparate "awards"?  The answer is the dynamics of the 3020-a hearing itself.  All three teachers had different attorneys and different arbitrators.  Further, its how each teacher handled the highly stressful 3020-a hearing.  Finally, the teacher's testimony will influence an Arbitrator's "award".  Therefore,  the combination of many factors caused the different and disparate "awards".

Example #2:  Two female elementary school teachers were accused of "corporal punishment" at two different schools.  They allegedly took a misbehaving special education student and according to the room paraprofessional either kicked, pushed, or shoved the student.  The cases were  similar in many ways.  Each  student was eventually placed in a District 75 school because of their behavioral disabilities, the teacher and paraprofessional had issues with each other, and most importantly, the Principal did not like the teacher.
One teacher ended up with a "letter-to-the-file" while the other teacher was terminated.  Why the difference?

In the non-terminated teacher's case, the school physiologist testified on behalf of the teacher about the student's behavioral issues while the terminated teacher had no witnesses.  Otherwise, there is no differences. Therefore, it goes back to the dynamics of the hearing and the teacher's testimony.

Example 3:  Two male high school teachers were accused of "sexual misconduct" with female students.  In one case the teacher was spotted with a schoolgirl in his parked car near the school and it was reported to SCI who substantiated that the girl was in the teacher's car but according to the girl "nothing was going on"..  The Other teacher had an inappropriate testing and phone relationship with a female student and were seen together often alone in his classroom.  SCI substaintiated the allegations and both teachers went through the 3020-a process.

The teacher who had the female student in his parked car near the school was terminated for "sexual misconduct" which is automatic by  the Arbitrator.  While the teacher with the numerous phone and text messages was given a $7,500 fine.  Go figure. I will not pretend to understand these two widely disparate "awards" except to say its about the dynamics of the 3020-a hearings and the creditability of the teacher. .

Consequently, the best advice I can give you is to tell the truth, express sorrow, even if you believe you didn't do anything wrong, and be confident but not arrogant in your testimony and hope for the best.No wonder the teacher is confused because there is no rubric that is used to determine the Arbitrator's "award".

On my first day as a new teacher in 1967 I was assigned a classroom occupied previously by a teacher who had retired. Going through the desk I was suprised to find a half finished bottle of Four Roses (which, to the uninitiated, is rye whiskey.) I was told that the teachers frequently "took a shot" at lunchtimr to help them through the day.

Fast forward a number of years and I'm in a high school where several of the departments partied in the building after school on Friday. One AP was the organiser.

I am not surprised to hear about teachers drinking, or being stoned on drugs, during the school day; given the tone set by the people at Tweed. It is nothing new.

I also remember a principal who sold dresses and purses in his office after three, the AP who spent most of the day on the phone running his travel agency and the lunchroom ladies who sold Avon.

These are abberations in a system where I found most teachers to be caring, hard working persons who were both amazed and upset by the antics of a few.

Hopefully, a new chancellor(an educator), appointed by Mayor elect Di Blasio will set a new tone in the schools so that teachers won't need to resort to drugs or alcohol to get through the day.

I am a tenured teacher currently reassigned for "Misconduct". In a nut shell, Super Storm Sandy hit and all hell broke loose. Teachers from my program were told not to penalize students for being displaced..meaning mark them present as long as you have contact with them. I did so and in the midst of a parent attempting to get FEMA money, they reported that their child had not received any "schooling" since the storm. The parent told this to a hospital social worker and the next thing I knew I was reassigned for "misconduct". Bottom line...there was no warning, no meeting on what occurred and the parent told me herself why what was happening happened and she apologized to me. The investigation was a farce. It's been a year since the super storm and I am still awaiting this 3020a hearing...I am a combination of pissed off and confused. The child that caused this is no longer a student in the DOE. I am wondering does the DOE even know this and if so why are they still putting me through this crap! After almost 20 years and a clean file, do they really think they can terminate me??? I have a decent relationship with my Admin and I have dozens of parents ready to testify, but why go through all that if this situation was caused by a Storm that no one knew how to handle??? What are your thought on this situation??

Disparity in award is a basic part of the arbitration process. The same thing happens in criminal cases. Under the Pell standard penalties must not shock the conscience nor be arbitrary and capricious. If the awards are truly based on the same or similar findings and disciplinary history and the disparity is large there is a good chance of reversing the award in an Article 75 proceeding.

By the grace of GOD my 3020A charges were dismissed. The hearing officer founded that my Principal contradicted himself and found him not credible. Needless to say I left my old school and I’m in a wonderful new school. God is Great!!!!!!
P.S. To win a 3020A case, PRAY GOD IS AWESOME, be truthful, and have strong witnesses that can attest for your character for example principals or DOE supervisors that you worked for or fellow teachers and did I say remember to PRAY!!!!!!!!!!!!!