The New York City 3020-a Process Part IV - The Educator 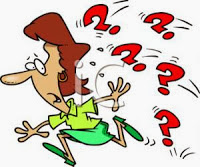 The educator must stay calm and in control at all times during the 3020-a hearings.  Any loss  of control, crying, outbursts, or showing emotion will hurt the educator.  The DOE will make the educator to be a cross of "Jack the ripper", "Typhoid Mary", and "helpless Harry".  To repeatedly hear how you are the worst educator in creation takes tremendous willpower and the Arbitrator will be watching your reactions to the "character assassination" against you by the DOE.

The DOE has a habit of "throwing shit on the wall and see what sticks".  That means that the DOE will claim the preponderance of charges are real and termination is the only "award" (penalty) possible.  Remember the DOE always seek termination and they will bring as many charges as they can think of against the educator in the hopes of receiving termination from the Arbitrator.  While many of the specifications will be eventually thrown out by the Arbitrator, the DOE hopes the quantity of charges will influence the "award". To counter the DOE's personal, perverted, and embellished charges against the educator its important that the educator do the followig:

First, be well-mannered, engaged, and most importantly, be confident.  Remember, the DOE must prove their case with a "preponderance of relevant evidence" the educator does not need to prove their innocence. I know this is a very stressful situation and the "sword of Damocles" is over the educator's head but don't show self pity,  your demeanor is noticed by the Arbitrator.

Second, Don't be arrogant, argumentative or emotional.  The DOE is counting on the educator to either loss control or react to their "character assassination".  Stay calm and pay attention to what is being said and take notes even if it's painful to hear. You will be able to rebut the charges later in the hearing.

Third, Tell the truth at all times.  While the DOE witnesses may lie or exaggerate and it won't have a major effect on the DOE's case but the educator can't lie.  If the educator is caught in a lie, termination becomes a real possibility so don't lie!  If an incident did occur, express sorrow and explain that it was a unique situation and under normal circumstances I would have handled it differently.

Fourth, bad news.  The Arbitrator almost always finds the Principal who testifies against you as "credible" even when the educator's attorney catches them in an exaggeration or even outright lies.  Therefore, if the Principal does not like the educator, their testimony against the educator will likely increase the severity of the "award".

Finally, the educator needs to bring witnesses to the 3020-a hearing.  Colleagues, parents, and especially students as "character references" to counter the DOE's "character assassination" against the educator.  Some NYSUT attorneys discourage bringing in students and colleagues but the educators who brought in these witnesses seem to have an effect on the Arbitrator and received lesser "awards".

Remember, the educator is the "best and worst witness" in the 3020-a hearings  The arbitrators always want to hear from the educator.  Collect yourself, be truthful when explaining the situation leading up to the charges, and show the Arbitrator that you are "credible" and an asset to the school system and especially that  you care deeply about the students.  Remember, the Arbitrator wants to hear that its "all about the children".

The other three parts of the New York City 3020-a process can be found Here, Here, and Here.

Chaz, thanks for how the 3020-a process works. There seems to be little information available and your articles are invaluable.

“You are hereby notified that layoffs and/or terminations for economic necessity are scheduled effective Jan. 3, 2014,”
per the daily news today Nov. 6 letter said.
Can you believe this sick insane mayor is sending out layoff notices as he leaves office?? This is the core problem with capitalism people as bloomshit sits on billions he is worried about laying off bridge painters! This is grounds for total dilusion!!!! Thank God he is leaving office otherwise as people would have been staging an impeachment for this michael bloomberg. What drives this man to send out lay off notices to hard working people just as he is leaving office??? This is what he is worried about?? This man is a devil inside of our society and his goal is to destroy, destroy as he is basically miserable within himself aging at age 74 and showing. To think that the nyc schools system has lived with this man for 12 years is mind boggling. Michael bloomshit states he is saving the city money yet he has blown more money on private consultants, no bid contractors, bogus so called non profit organizations which feast off our system, under the table deals, constant cases involving multiple highly paid nyc lawyers which lose bloomshits cases, then he appeals them and spends even more money....just as now he is appealing stop and frisk ruling even though he knows diblasio will cancel the appea,,,,,hiring newbie teachers by the thousands when indeed their are thousands of atr teachers sitting around waiting for a classroom...I am exhausted here and can write all day and take up chaz's website.....I thank the lord every day for finally taking this crazed mayor bloomterd midget mike out of our lives forever.