Why The Children First Networks Must Go! 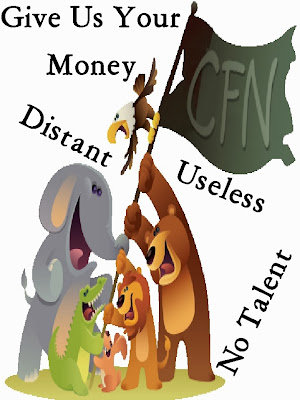 Many of the Children First Networks are located far from the 30-35 schools in their networks with many schools located in different Boroughs from their own network!  Therefore, the networks are not sensitive to neighborhood or community issues and have little, if any interaction with parents.  In fact, most parents have no clue what network their child's school is associated with or where they are located.

Many of the Children First Networks appear to be a "dumping ground" for failed principals and other administrators and managers that nobody else wanted.  For every effective network there are many more "ineffective networks" and they are all stretched thin by the many demands that Tweed imposes on them.  The networks charge extra for consultant services and many of these consultants hired by the networks are kids right out of college.  .Maisie McAdoo of Edwize has a very informative article called "The DOE networks face a new day" and is a must read as a companion piece to this post..

The Children First Networks suffer from a "talent crisis" and many principals question why they are required to choose a network that provides little or no support to their school.  Even when the Children First Networks tried to rally the principals to support their continued operation, they only garnered 8% of the principals to sign it and a few claim they never agreed to sign it but were included anyway.  Absent in the petition were Queens principals as only one "newbie Principal from a new school" signed the petition to keep the networks.  Maybe the reason is that the majority of Queens schools pay $50,000 yearly for basic services to the networks, excluding additional Professional Development and consulting services, which cost extra, while the majority of Brooklyn, Bronx, and Manhattan schools pay only $16,000 yearly.

Tweed has reduced school support services by 32% since 2005 which corresponds to the rise of the Children First Networks and to add "insult to injury" forces the schools to pay the networks to provide some of those support services that the Central DOE used to pay for.  The networks are used by Tweed to impose their programs and policies that are not in the best interests of the schools or the children in the classroom. For example telling principals to hire the cheapest and not the best teachers.  Remember this?

Finally, the Children First Networks was the creation of ex Deputy Chancellor Eric Naldestern, yes the very same Eric Naldelstern who came up with the idea that principals should have control of their budget including hiring of teachers that has resulted in the "education on the cheap" policy with a 2,000 + person ATR pool. and wasting of $160 million dollars annually.   How has that worked out for our schools and students Eric?  Not good at all.

I hope that the new Mayor eliminates the nearly worthless Children First Networks and replaces them with the geographically sensitive District Offices and with safeguards to prevent cronyism or corruption by pitting all candidates through a vetting process by an independent panel selected by the Mayor.

My Principal in a moment of exasperation once said it was like throwing money out the window by having the CFN provide no tangible assistance to the school.

He also told us how the DOE was continually cutting support for the school and that he had to do more with less. Of course he was quite happy to hire new teachers rather than look for an experienced teacher when it came to what's best for the students.

Many of the network leaders are principals from failed schools. What's interesting is most of them originally took jobs as principals in schools that were in serious trouble. Why would anyone take a position in a school where there's a 100 percent chance you'll lose your position? I believe it's because they knew they would receive these network leader positions as a reward for creating a facade at these struggling schools. Just another way of ensuring school closings and carrying forth Bloomberg's covert agenda.

The networks were an accounting trick. When the Regions, which were amalgamations of the offices of the 32 districts into 10 regions, were formed, the DOE's money spent on administration increased. With the networks, money from each school's budget was increased slightly then immediately earmarked for the school to HAVE to spend it on joining a network. This way Klein was able to say more money went into the school's budget and less to a Central bureaucracy. It made for a good press release which is all Klein and now Walcott care about. The networks have become enforcement agents for Tweed not support organizations for the schools-which are now locked into joining one and paying for it. Schools have to ask to change networks and these choices are often denied by Central so that the number of schools and dollars per network remain constant. Another example of trying to look like "choice" but actually not being a "choice"

Wow, great article, I really appreciate your thought process and having it explained properly, thank you!

These so called CFNs have not only been an nuisance to our school but they keep trying to flood our school with these "advisors" who try to act like social workers or guidance counselors. The CFN networks would rather hire outside consultants acting like counselors to work with the students while ATR DOE social workers and guidance counselors roam from school to school weekly. The problem is that the "advisors" from the CFN networks are all non certified, college students, bums off the street...people...again, the DOE chooses to work with the cheap rather than the best educators. Please get rid of these networks and their annoying gnats that are pretend educators!

Yes you are right. I am an ATR social worker and I sat in the teachers lounge all week while these so call advisers sent from the CFN network work with students. I had to cringe when I overheard some of the advice these advisers were giving to students. We also had a ATR guidance counselor sitting with me all week while the advisors were "counseling" the students. The only bright spot from that week was that the counselor and I had some good laughs watching what was going on!! The blind leading the blind would be more like it! Our new Mayor must get rid of these nonsense!!

I am greatly interested to read your article. When I came across with the topic you have discussed, it takes me deep into the meaning of the article and forced me to give a thought on the subject. Anyway, thanks for sharing the detailed information!