Can Retiring ATRs Get Both The Lump Sum Retroactivity And Severance? - No! 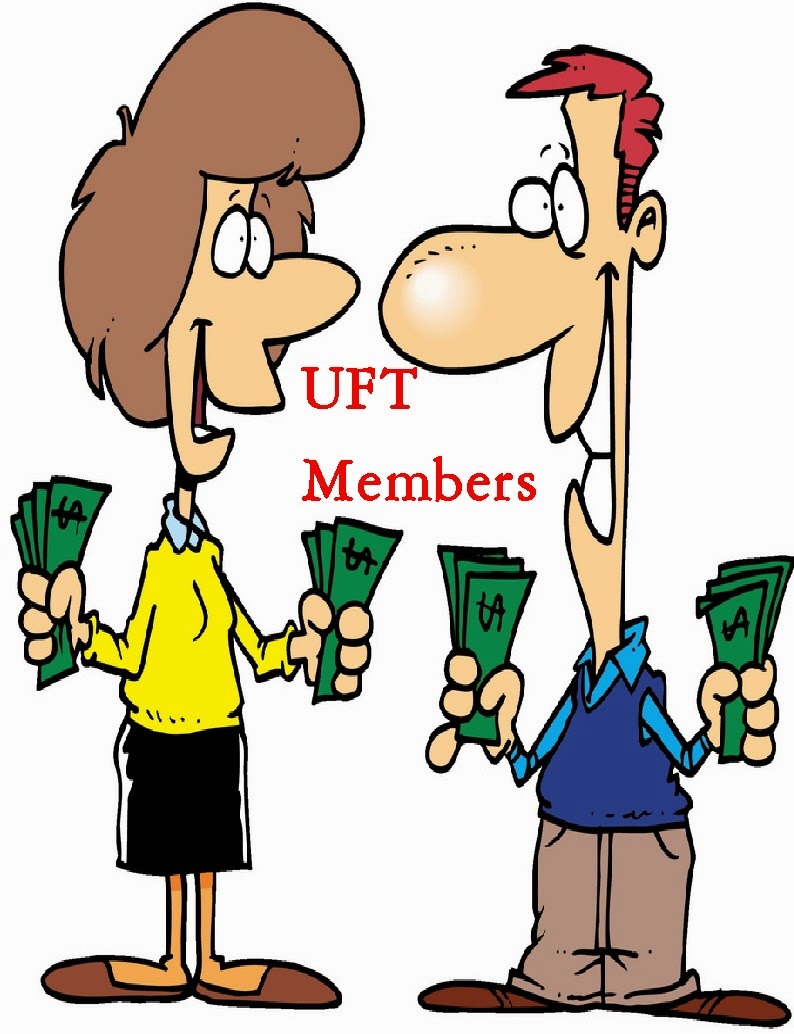 I was asked a question from an ATR who plans to retire at the end of the school year could he get both the lump sum retroactive raises along with the immediate pension boost by retiring before June 30th, 2014 and the severance package?  The answer is no!   He can either take the ATR severance package and retire in July or take the lump sum retroactivity by retiring by June 30th, but he can't have both.

The reason he can't take both options is that the MOA states that for ATRs a severance package (20% of a person's salary) is only available between 30 and 60 days after the contract is ratified by the members.  The earliest the contract can be ratified is June 3, 2014.  Therefore, the first day the severance can be offered is July 3rd, 2014.  Consequently, if the ATR waited to take the severance package, he would then get the retroactive raises and the pension enhancements at the same time as active in-service members.

The question then becomes which option should he take?  The severance package and retire in July or the lump sum retroactive raises and pension boost and retire by June 30th?  The answer depended on that individual's situation and the tax considerations.  However, it does seem to me that taking the severance and retiring in July is the preferred approach since the ATR retiree will eventually get his retroactive raises and pension enhancements, while getting an up to an extra $20,000 severance as well.  Moreover, by retiring in July, he is covered for August by his health insurance and wouldn't have to pay $110 a month for retiree health insurance.  Finally, his tax situation for this year would eat up some of his retroactive pay because of the large lump sum payment.

Another point to consider, by taking the severance package, the ATR retiree can look forward to having annual raises in his pension and additional paychecks in the first five years of retirement when his pension is not eligible for a cost of living adjustment.  That's a nice little present going forward.  While this may not be the proper choice for everybody, it would appear to be the choice I would make given my present circumstances.
Posted by Chaz at 5:01 PM

I pay into the 55/25 pension program. I have 3 years to retire with 25 years and I'm an ATR. Is it worth the pension cut to take the severance package or should I try to wait out the next 3 years? I was picked up by a school for this year, but I don't know if I'll be asked to stay. Thanks for any input.

They make you pay for the health insurance from the day you retire, even though you are covered to the end of the month in which you retire and the following two months. It is not taken out of your pension check until your calculation is completed by trs but then you do pay additional amounts each month until it is paid back. Can take many months even years to pay it back.
Surprise! There are so many of them when you retire.

You should wait it out for the three years.

Wow! Thanx for the information.

Why would there be annual raises in the pension if you retire after July? According to the UFT website your FAS will still be calculated as if we got the 4% in '09 and'10.

It seems the UFT is acting in bad faith, as they control the dates of the ratification process.

If you've been an ATR over the course if the past year, maybe a few years, whatever your case is, and you actually get picked up in a school ...... Look out!!! You are really in for it. Was talking to an ATR today who made sense. She told me she's been an ATR for several years and has lived every minute. Showing up to different schools with her laptop, barely filling in as sub when needed. She tells me today if she gets hired, she's probably going to have 5 freshman English classes INSTEAD of showing up to different schools with her laptop or a nice novel to read. She was cringing, very upset. All you ATR's complaining about bouncing around from school to school, just wait until you get your full load assignment with a principal you don't know and a roster of 34 in every single class. You will be begging to be put back in the pool.

If one retires July 2014 and takes severance I'm not sure he/she is eligible for retroactive lump payments and pension bumps starting 9/14.

Oh my god. You mean atrs might actually be asked to teach an actual assignment? Actually earning their paycheck? And why are we supposed to support people with this type of attitude?

Let me clear. I am not against atrs. I am against atrs who are trying to do as little as possible to earn twice as much as me. Just retire instead of giving atrs and good educators a bad rep

This is a great point. I don't want to go back into the classroom. I hope to be an ATR till retirement. I can't bare the thought of 5 freshman classes of 34 in any subject. I do believe if you don't get picked up by oct 15 they will place you.

To 9:52,
Glad you're happy. Not all of us are afraid of teaching or of 9th graders. I believe most of the schools will be happy with us. None of us are going to work 6 periods, our lunch, after school, and Saturdays for free,however. We have our tenure, so alot of us will be tossed back into the pool to be terminated. How is it that the union can't l see that?

An ATR can apply for the severance program 30 to 60 days after contact ratification which means they are agreeing to separate from the DOE. That is the filing process for this voluntary program. When one voluntarily fills out the (anticipated) form during the one month open window (30 to 60 days), they should put their retirement date (filed papers too) on or before June 30, 2014. As such, they will receive lump sum retro and severance.

Just read "clarification" on UFT website which says that for one retiring after 6/30/14 TRS will include in pension calculation at time of retirement all retro monies earned by member. Lump sum monies will be sent out on same schedule as for in-sevice members.

My understanding is that you must retire by June 30th not just put in your retirement papers. The reason the 30 to 60 day window was set up was to ensure the severance cannot be claimed before July 3, 2014.

Therefore, its one or the other but not both.

Is there any technique I can use to not be hired? I'd like to remain in ATR pool for life. How can I avoid being picked up? And would I automatically get placed at oct 15 deadline?


Assuming your comments are real (I think there not). If you survived your 3020-a hearings with at least a $2,000 fine and don't apply for vacancies (as if a principal would actually hire you) then you will get your wish to rotate.

Thanks Chaz, that's what I thought. And it was a real comment. I much prefer to rotate with nob responsibilities than to get a full time gig teaching 5 classes with 34 in each (minimum).

I have been an ATR since September and I would like to be back in a permanent school this fall...It is not wise to put all ATRs back in the classrooms..just telling the truth...The DOE can accommodate those who have been out of the classrooms for years with alternate assignments however dont hold your breath ..what the DOE wants is anyone getting close to top salary to quit...this is a thankless job..as soon as you put your years in they want you out..

Instead of blaming chaz, why don't you blame the DOE and our own union for this mess? Its like blaming the victim.

Didn't chaz tell you that he wants to teach? If I remember correctly he wrote a piece about applying for various vacancies and not receiving one interview. Lay off the ATRs and fix the blame on the two organizations that caused this travesty the DOE and the UFT leadership.


To Anonymous that is masquerading as an ATR that is happy to be rotating.....

You are not an ATR...you are either a placed teacher that is pissed off at the workload, or a family member of a placed teacher that is pissed that time is being taken away from you. ATRs want to be placed, but principals are not going to hire us because we have tenure and the Fair Student Funding formula makes us too expensive. If you are really are pissed, call your congressman and tell the to get rid of Fair Student Funding.

I've been an ATR for a number of years, and teaching within license for full year provisional appointments. Last year my students got an 85% passing rate on the regents...and the principal excessed me and hired two untenured Teaching Fellows. A bit of compassion and thought goes a long way....

The tentative contract states that employees who are ATRs as of June 1, 2014 who volunteer to resign/retire shall receive a severance payment. The severance program shall commence on the 30th day and shall terminate at 5 P.M. on the 60th day following the Union's ratification of this Agreement. ATRs will have to execute an appropriate release in a form prescribed by the DOE
and subject to legal requirements.

This is some really good stuff to know. It will help me decide when it gets closer to retirement. In this time I think I would go with the lump sum payment instead of the severance package, but I don't know much about that. Hopefully by the time I get to that age, I can have a greater knowledge of what I should take.