Memo To The Chancellor, Why Fair Student Funding Is Bad For Student Academic Achievement. 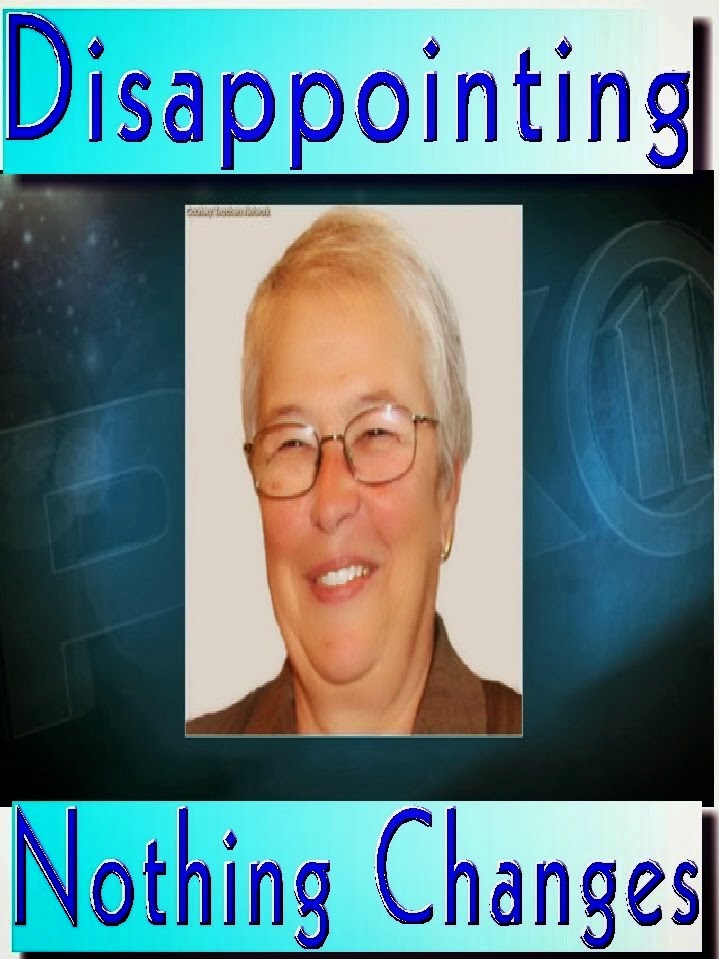 One of the more despicable education policies under the Bloomberg Administration was the introduction of the "fair student funding" (fsf)  formula for the NYC public schools.  The "fsf" forced principals to consider their tight budgets when hiring staff and the student's academic needs became secondary to the school budget.

For decades the school staff salaries were paid by DOE Central, which was based upon the student population at 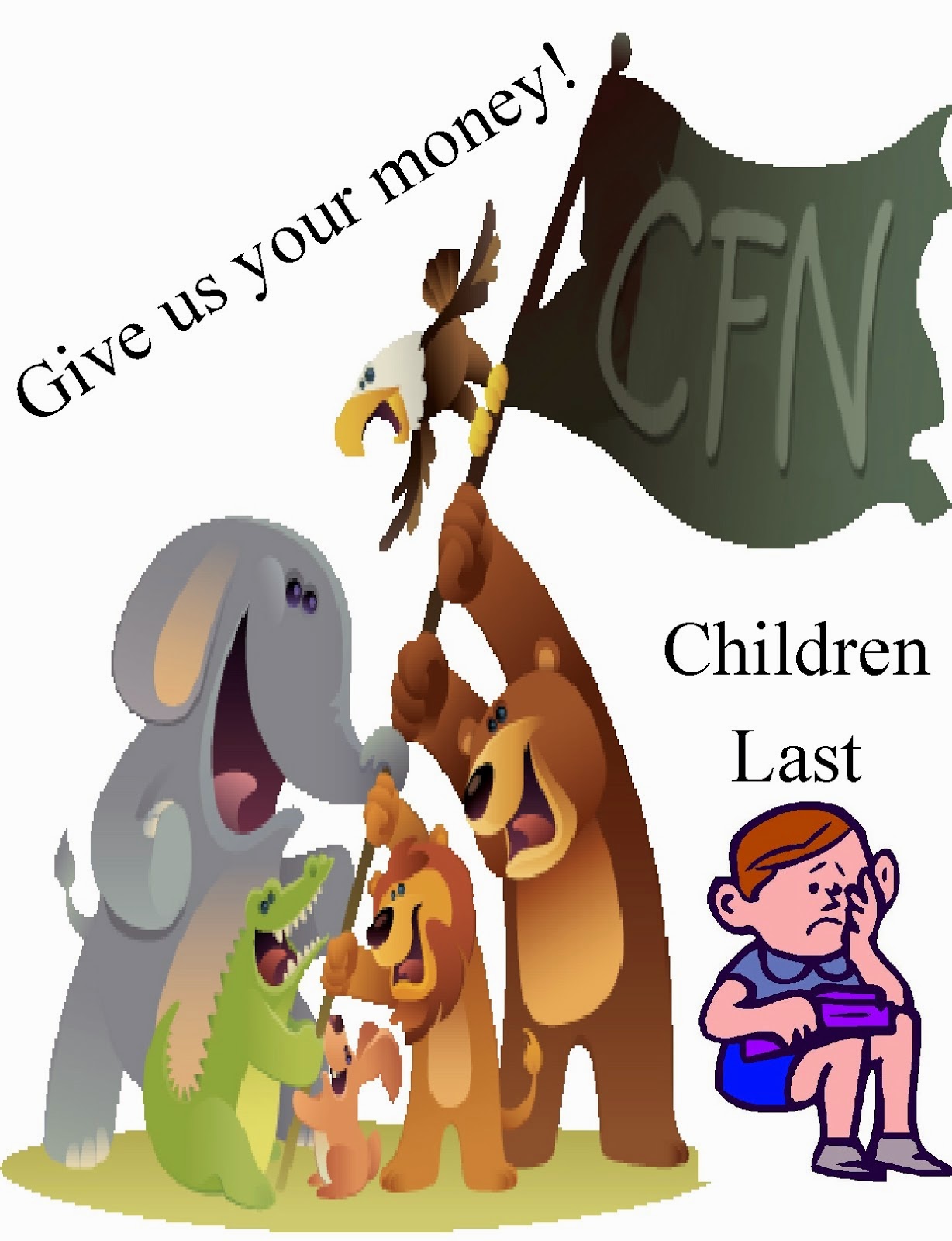 the school and were given a set number of staff members.  When it came to teachers, the schools did not have to take salary into consideration and many principals would hire highly experienced educators for their schools.  However, after the infamous 2005 contract, the school funding formula was changed and the DOE decided to empower the schools by giving the principals control of their budget.  Unfortunately, the majority of schools have found themselves funding programs and consultants out of their own budget as the average school budget shrank by 14% over the last seven years.  A bad bargain indeed.The worst was the "fsf" which forced schools to hire the "cheapest" and not the "best teachers" for their students.  Additionally, principals had to pay for services that were once paid for by DOE Central and another significant chunk of money was used to pay for the useless and money-sucking "Children First Network" that the school was forced to join with.

The ""fsf"  policies added to the closing down of 163 schools under Michael Bloomberg's tenure has resulted in a 2,000+ ATR pool, primarily composed of older and highly experienced quality teachers.that principals couldn't or wouldn't hire  Therefore, the influx of inexpensive "newbie" teachers, some not even certified to teach in the classroom and the "Leadership Academy " principals the run the schools is simply a recipe for failure and shows up in the poor student academic achievement scores over the last half of a decade.  Moreover, the income/racial/ academic achievement gap has actually widened which shows the failure of using the "fsf".

If Chancellor Carmen Farina actually wants to improve student academic achievement and .narrow the income/racial achievement gap, here is what she must do:

If the NYC schools are to see real student academic achievement and start to reduce the already too wide income/racial achievement gap, the Chancellor must eliminate the "fsf" and require principals to hire from the ATR pool for those quality teachers that their schools lack.  So far Chancellor Carmen Farina's tenure has been, to say the least, very disappointing as she is more of the problem and not the solution when it comes to improving the schools.

Your right Chaz, the fair student funding crap is Absurd! The first question a principal asks me when I refer a friend to my school is: "Hoe expensive is he?" That us always the first question. A true disgrace. The union shd be ashamed for downplaying this and saying that principals are encouraged to hire experienced teachers. This is a lie. I witness the movement against hiring experience plenty.
On another note, the feminine dominance of the teaching career unfortunately plays a major role with how we are treated. I hate to say it, but it is without a doubt true. When you think of Sanitation, you think of macho type makes, down and dirty, snow plowing hard working men. Fire dept, same thing + they save lives. You think of 9/11. You think of strong men. Police, you think of protection. You think of firearms, catching criminals. All very macho, masculine jobs. Corrections, same thing. Teachers do not get this respect from DeBladio or most other make politicians. We are viewed as soft, as geeks, as flimsy. We wear khakis and white sneakers and babysit kids. We are a joke. Do you think Sanitation, Fire, Police, and Corrections would put up with this shit, year after year? Hell no!!! These 4 other municipalities would really tell the mayor to shove it. On the other hand, us teachers are weak, pathetic creatures who allow ourselves to be associated as the powerless class. To change if I could, I'd be a Sanitation worker 100%. Why is no one questioning their 125K salary with overtime each year, with no college? Why is that? Fire dept works 2x or 3x a week, all over 100K. Where's the write ups for them? Police, Corrections, all making over 100K. Why is the brunt on teachers? It's so easy to pick on us because we are all viewed as weak females. The men laugh at us. The men in the profession are laughed at. Teachers will never be respected again, if they ever really were. We are truly the weakest. I ask my students what they'd like to be. Most say Sanitation. Everyone knows the job is awesome, no responsibility and no Danielson framework. No other civil service group gets excessed. Only teachers. Any fireman becoming ATR firemen who can't work at another firehouse? Cops being cut to ATR positions as roaming cops without a precinct? Teachers are sad! Females will always be per curved as the weakest and 75% in UFT are female.

You've written good posts, but this is by far one of the best posts ever.

If Farina wants to have a "beautiful day", get rid of the FSF!

I lost faith in her when during a hail storm with 12 inches of snow and ice on the ground she said it was a beautiful day. She is old and senile and needs to retire. She had to be paid $$$ by someone to come out of retirement. Did you read the article that she wanted all ATRs fired immediately. She better hide her address. Some people are crazy.

I thought provisions in the new contract take care if the fsf issues in terms of hiring atrs?

Weak union. Females are not taken as serious. It's a shame, but it's true. Wait till you see what the male dominated unions yet. Watch.

The ATR pool will be high and dry by then. As will thousands of teachers who will be canned.

Who is Farina to judge the fitness of ATRs, in particular, the Untouchables who killed the DOE in termination hearings? You want “problematic behavior”? How about the time an OSI investigator said under oath that Farina was “dishonorable” and “lied” when he questioned her about a Regents tampering case while she was Klein’s Deputy Chancellor? This incendiary accusation could have ended Farina’s career, that is, until the gumshoes of SCI whitewashed the case, suspiciously covering up the transcript of her testimony on page 28 of their June 26, 2007 report.

Does anyone know what article anonymous 2:47 is referring to? Details please.


Chancellor Carmen Farina, who in the past caved to principal's demands in taking in ATR's and who at the press conference announcing the new contract said that ATR's can be removed from a school after a day for problematic behavior and "should find another profession," went into contract negotiations adamant to do away with all ATR's.

Mind you, this is not doing away with the ATR pool by simply placing teachers in schools, but rather the end of the road, the separation of a teacher from their checks, fini, good-bye and good riddance to teachers careers.

According to The Crack Team's sources, Chancellor Farina shared that only about, "400 ATR's can teach," and that the rest were useless.

Blindsided, UFT President Mile Mulgrew, went into panic mode and cut the best deal he can. The deal before us now in which ATR's can audition for 50 days before problematic behavior sets in and the REDUCED due process which ATR's will be subject to. And let's not forget the failing to show for an interview or a position in which the ATR will be summarily terminated.

Was this the best that Mulgrew can do? He was holding all the cards. He had nothing to lose and everything to gain. The contract negotiations should have ended post haste! The ATR system could have stayed the way it is and this contract would have been ratified. According to a SBSB groupie;

I hope I never see him face to face, I'll give him such a piece of my mind. He had so much bargaining power and he blew it.
Yeah, he blew it and the ATR's and the rank and file as well.

This begs the question, what else did Mulgrew and his Unity negotiating team cave on as well? Can we be assured by Mulgrew that the money wasn't in the city's coffers for full retroactive or a full insertion of the 8% due us?

Better yet, is it right to question whether Mulgrew and his Unity negotiating team were looking out for the best interests of the city or the rank and file (Which includes the students and communities. What is good for the teachers is good for the students).

We here at SBSB call for a thorough opening of the books by the UFT and Unity to show the members the notes and other pertinent materials during the negotiating sessions. It is time for the UFT and Unity to have a truly transparent union and for it's members to be fully aware of all decisions and the process behind making those decisions. Where are the checks and balances?

IT'S NOT TO LATE! THIS CONTRACT IS A FARCE. VOTE NO!

They said that the ATR agreement will just revert back to the 2009 contract. They said nothing regarding a time limit. And on another point - how does Farina say only 400 teachers can teach? where is she getting this information and this number from?

How ridiculous is it that we revert back to the 2009 agreement. Yes we will still have a job. But nothing says they can't come up with a new agreement in 2016 that puts a time limit on atr's. So we will have a false sense of security while they sit back down and decide what to do with us. While all of the appointed teachers have a contract that lasts till 2018. Who ever heard of reverting back to an old contract. The fact that they are sitting back down to renegotiate the atr program is very scary.

I didn't read they were renegotiating our contract - just reverting back to the old one. ANy one know?

This agreement with respect to the absent teacher reserve (referred to above as the
“ATR Program”) shall run through the end of the 2015-16 school year. At the
end of that term, the parties must agree to extend the ATR Program and absent
agreement, the parties shall return to the terms and conditions for ATR
assignment as they exist in the 2007-2009 collective bargaining agreement(s) and
memoranda of agreement entered into prior to ratification of this Agreement.