In The DOE Its Ideology First And Children Last. 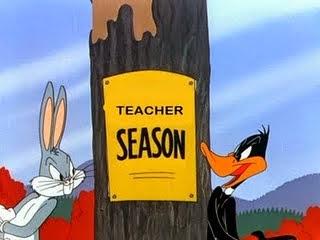 It has been about six months since the NYC public schools have had a new Mayor and a long term educator as Chancellor.  However, when it comes to real changes to the damaging Bloomberg education policies, nothing has changed.  For example, the DOE continued to fight "tooth and nail" to require teachers to submit a detailed and formatted lesson plan as part of the teacher's classroom observation.  Even after an Arbitrator upheld the UFT grievance that stopped the DOE from having administrators require such lesson plans, the DOE failed to inform school administrators that they could not require specifically formatted lesson plans. Furthermore, the DOE, in negotiations with the UFT for the new proposed contract demanded a four month time limit on excessed teachers who were not offered a position.  The DOE knew very well that with their existing policies in place that any ATR time limit was simply a termination program.  However, the DOE's Bloomberg ideology did score a win as they did get the UFT to agree to a teacher "caste system" with diminished "due process rights" for ATRs.  It still seems to me that the DOE is still going after teachers with the same vigor as they were during the Bloomberg years.

Under the Chancellor many of the worst policies of the Bloomberg Era has been retained.  First, and foremost is the "fair student funding".  Second, the termination process for teachers found "ineffective".  Third, the continuation of large class sizes, and finally, the widespread use of teachers not certified in the subject they're teaching in with the union's approval I might add.

The few cosmetic changes that Chancellor Carmen Farina has made such as a more stringent qualification process to become a Principal through the Leadership Academy and more parent involvement pales in comparison to the more major flaws in the DOE like making the classroom environment less hostile, a reduction in the amount of paperwork, and the apparent continuation of the useless, money-sucking "Children First Networks" that dictate to principals who to hire (the cheapest and untenured teachers) and push unneeded and useless programs that doesn't work in the classroom.

We may have a new progressive Mayor and a long-term educator as a Chancellor but when it comes to the conditions experienced by teachers in the trenches that has made the classroom a hostile environment, the DOE policies have remained unchanged as its the DOE policy bureaucrats first and the NYC public school students last.
Posted by Chaz at 1:21 PM

Chaz, you're right on the money here. Unfortunately I cannot give you my schools name but it's in Queens. We are with the New Visions Network. They are horrible. They refuse to hire teachers with experience due to the cost. They purposely do not hire secretaries as they have mastered how to hire outside the UFT for less problems. They hire school aides instead if secretaries. In my schools office we have 1 secretary. There are 4 school aides doing the jobs if secretaries. They are terrible at clerical work, ohones, appearance, letter writing, etc. They hire teachers with no years in the system, ignoring seasoned professionals. The CEO of New Visions is Robert Hughes who pays himself over 1/2 million per year at his NOT FOR PROFIT network, whatever that means. New Visions will not spend the money that our school deserves. We are prisoners. My dumb principal is scared to dump them because Hughes placed my principal. They really fuckin suck. They're a terrible poison for our city school system yet Fariña seems to be ok with networks and NOT FOR PROFIT groups that pay it's employees 1/2 million dollar salaries. When will the mediacexpose New Visions and all the young boys they hire from the mid west? When?

Anon 2:12. That was so funny to read. My school dumped New Visions 2 years ago. We had some woman who was the network leader named Barbara G. Don't even know her last name. The teachers never met her. She was like a phantom. One day she showed up and we were laughing so hard because no one even knew her but she was listed as network leader. Pathetic. Cannot believe they have license to do anything.

The networks are really causing the issues with the money. When you solve the issue with the networks, it will become much more friendly. Until then, you're paying these useless money sucking groups for nothing. There's actually a "phase out" network for schools that are closing. Can you imagine that? Let's pay plenty of people 6 figure big salaries to be in a network that helps schools close down. I mean you really just can't make this up. Thank you Lord for blessing me and providing my family and I to live outside the NYC school system.

The answer is staring everybody right in the face, but it's never going to happen. You solve a myriad of problems in in one fell swoop for students, parents, and educators by doing the following; Return to the 32 district system by opening up the DO's once again, get rid of the networks, and most of all, get rid of the Fair Student Funding formula, and return budgeting to downtown for each school. Parents will be happy, because they'll have a local place to go to, and teachers will be hired based on their ability and experience, and not because of their price tag. I would love to know just what the function of the networks are.

Meet the new boss, same as the old boss.

The school system has been propaganda driven for a long time now. Unfortunately with a new mayor and chancellor it is still driven by propaganda. We need a school system driven by pedagogy. That means putting students first and unreliable data second.

The real question is what happens after 2 years when this proposed ATR policy expires. BTW Bronx Teacher I don't mind you using my lines, but you shouldn't claim credit for them when Chaz uses them.

Unfortunately, I have to agree that nothing has changed. But honestly I was not expecting big changes back then and now I do not as well. It is pretty silly to look forward to radical changes from people who lie about everything. Maybe things will get better in our education system one day. So far I am sad to see so many talented children wasting their lives and time.
Ali for Essay Online Store Service