To Our Union. Treat The ATRs With Respect And Make Them A Chapter. 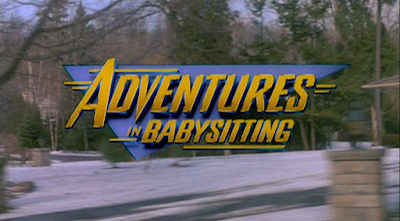 The union has a chance to right a terrible wrong when they agreed to the Absent Teacher Reserve (ATR) in the 2005 contract.  I remember Randi Weingarten saying that the DOE would never agree to pay teacher salaries without a classroom assignment.  How wrong she was!  Even when the DOE refused to appoint ATRs in the schools that had vacancies in their licensed area, the union believed the situation was temporary.  In fact, the union still claims the ATR pool is temporary after a decade of existence and that's why the disconnected union leadership refuses to make an ATR chapter.  Since when is a decade old policy temporary?

One of the union's favorite themes was when the Bloomberg administration leaves, so will the ideology and the ATRs will be placed back into the schools.  However, with a new Mayor, the anti-Bloomberg, nothing changed.  The new Mayor appointed the disappointing Chancellor, Carmen Farina, who was part of the problem back when she was a Deputy Chancellor in the Joel Klein years and not the solution, nothing really changed with the ATR mess.  In fact, it got worse under the disappointing Chancellor, the ATRs became second class citizens with diminished due process rights. In other words, the Bloomberg ideology continues and so does the ATR crisis.

Now the UFT's executive board has a chance to partially right a wrong and acknowledge that the ATR pool is here to stay, at least until the end of the current contract (2018) and its time to make an ATR chapter and give the ATRs the representation they deserve.   Hear that Unity?  New Action?  Or are you both deaf to the wishes of over 2,400 of the members.
Posted by Chaz at 5:19 PM

OMG will this saga ever end?? Is the DOE and the UFT that dysfunctional that they cannot end this silly, idiotic system brought on by non other than klein and bloomberg?? I mean its just 2000 educators of a UFT group of more than 80,000 strong!! The percentage here puts this into perspective. Hey DOE, its a simple solution and these ATR educators are some of the best educators in the system compared to newbie no nothing so called teachers who come to work still with their college back packs!!!!

Article in daily news rag today about how so many nyc schools do not have full time gym classes and full time gym teachers. This combined with the obesity problem in the poverty stricken neighborhoods that many of our nyc schools are located. This is again another dysfunctional system disaster the DOE carries due to bloombergs people still at the DOE. Get these thugs out of there !! Bloomberg hired people like kathy black and joel klein...imagine what is at the DOE these days still!!

I'm not an ATR---but I know I could be one. I sent this to Mulgrew: Reason # 12,635 for why I think the UFT is useless: the ATRs are not being fairly represented by the UFT. They deserve their own chapter. You have denied them this right. Once again you're wrong.
Roseanne McCosh, PS 8

What did New Action do at the Exec Bd meeting? Tried to play footsie with the ATR issue. New Action parter, so-called Solidarity Caucus, seems to be joining New Action in the footsie game.

Ahhh the good ol' jabs from anonymous. UFT Solidarity members were involved in helping with the ATR PERB complaint we just sent to the state. The ATR Alliance has 6 new officers and 5 have signed up with...UFT Solidarity. Again, if you want to come out of the ANONYMOUS box, call me at 347-564-7597.

Solidarity is not "so-called," we are a new caucus of the UFT that doesn't intend on playing footsies with anyone. We plan on putting one foot in front of the other to chase out Unity because it's time to bring integrity back to the profession and back to the hard-working members in the UFT.

So, im curious..why are they placing these day to day subs who have no clue.how to teach..rather.then someone who is licensed, has a masters, qualifications, and years as a teacher? Atrs are in the schools, however many times Im assisting people who have NO CLUE. If you say one word, they mess with your schedule, give you bad assignments, mark.you late for a minute or two and seriously micromanage, bit.if.you shut up, you are the admins best friend.
WTF IS THIS ABOUT? Thanks eric, your blog is always great. Or they put you in an out of license.area.and.formally observe you...hmm and.then you ace.all the observations and still you assist people who are.morans. ok i need tostop but this is building up. Can i apply for a network, out of school, uft or.office position as.this is.clearly sayng a lot by what theyre doing daily. Not even a place to.house.our stuff and people look at me like im a freak from another planet and.whisper and talk of how lucky i am.
What morans,

"How do you spell beautiful???" The second gra d e girl asks..
"Bueatiful." She spells to her...thats what The day to day leave replacement sub says.
i have to "assist" her... oh wow. Can someone anyone shed some light on this?