Why Is There No Contract Book? 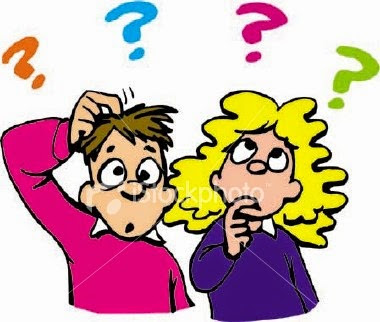 After every contract the UFT publishes a book on the new contract that members can review and cite when administrators demand that a member do something that may be forbidden in the contract.  However, its been almost a year since the UFT and the City agreed to a new contract and yet there is no contract book, why?  Is our disconnected union leadership hiding some unpleasant news that diminishes member "due process rights"?  Again, why don't we have a book that clearly spells out the new contract?

Part of the answer that there is no contract book may lie in the changes in the educator 3020-a process that are being implemented in a secret meeting on Feb 24, 2015 between the UFT and DOE that required all NYSUT attorneys, DOE lawyers, and 3020-a arbitrators to attend as reported by Betsy Combier in her blog.  What happened at that meeting?  Good question.  So far the meeting talking points are top secret and the DOE has refused to provide the information to Ms. Combier, despite her repeated FOIL requests.  What are they hiding?  Eventually, the DOE will have no choice but provide the information to Ms. Combier and we will all know what the changes in the 3020-a proceedings will be going forward.

I suspect the changes in the 3020-a process will diminish the "due process rights" of the educator and result in the burden of proof shifting from the DOE to the educator at the 3030-a hearing.  The probable result will be a rise in educator terminations and resignations and more severe "awards" to the DOE in the form of suspensions without pay and/or major fines for the fortunate few who escape termination.

For the naive who believe our union is there to protect you.  They have already agreed to make excessed teachers (ATRs) a second class citizen with "forced placements", mandatory interviews, and terminations due to a finding of "problematic behavior". Moreover, the DOE assumes that the ATR voluntarily resigned if they miss  two mandatory interview, and most of all, an expedited, one day 3020-a hearing!  All agreed to by our disconnected leadership.

I hate to be paranoid but why else is there no book on the new contract, unless the union is hiding some very disturbing facts from the members and don't want us to know the true scope of the "givebacks" the union gave the DOE. I hope I'm proven wrong but I highly doubt it.

From past experience-it usually takes about a year for the book to mailed out to members--probably sometime next month. There's also a possibility that the contract book may only offered electronically as an option for members that don't want the paper book.

Fear of 3020-a has caused me to NOT break up fights among students. Instead, I simply call the dean/school safety to assist. A dean who puts their hands on kids (in a forceful manner) in order to break up a fight, is protected by their job title.

A regular (classroom) teacher can be brought up on charges of physical abuse if a student/parent complains that a teacher "hurt a kid's arm/shoulder" while grabbing him to stop a fight.

The union will NOT protect you, you will be charged and of course, be found guilty and made an ATR. It is simply not worth trying to break up a fight. Why? Bye bye career if you do.

It doesn't matter if the fight is between 7 year olds or 17 year olds... I will never ever attempt to break up a fight. That is the job of a dean and ONLY a dean, since they are the only ones who will be protected.

Trashing the Magna Carta, Mulgrew has already sold out teachers accused of incompetence by agreeing to shift the burden of proof from the DOE to us.

Another 3020-a problem is the timidity of NYSUT attorneys who refuse to file perjury complaints against lying investigators (e.g. Dennis Boyles), principals, and DOE witnesses--even when the arbitrator determines perjury.

As a test, I pushed and pushed NYSUT to be aggressive in my phony case. But they adamantly refused to defend me on anti-corruption grounds. So I went pro se and was acquitted on all three charges. I filed my own perjury complaint which was ignored by the DOE of course.

To 5:57,
As a dean in two large high schools, I must tell you deans are not protected from breaking up fights. That is the duty of the safety agents. Deans have been brought up on many charges for breaking up fights. I remember one girl saying the dean felt her up as he was pulling her off another girl.

Get your own attorney and have investigators brought up on false allegations through a lawsuit. Unless everyone bands together and even files a class action lawsuit under a violation of civil rights umbrella, nothing will happen.

Forget 3020-a. What about those if us who are untenured ATRs? We are about as vulnerable as Long Beach is to a hurricane flood.

What a sad way to live a livlihood. Each day all 80,000 teachers are pulling away from students more and more. All I keep hearing is that teachers are not doing this and not doing that in fear of idiot system which blames its people who run the asylums. Now, the ole adage is true in modern day....and that is.....the inmates are running the asylum....true but sad people...The most dysfunctional organizations unfortunately are running a system that does not protect its own people and that is just so sad in this politically correct idiot world we now live in.

How about a story on the most vulnerable ATRs...those that are untenured...wow, that would suck!

And a story about ATR Guidance Counselors (ACRs). As a teacher, I can take up where the last teacher left off (after they were taken away). Guidance counselors need connection with kids and families.