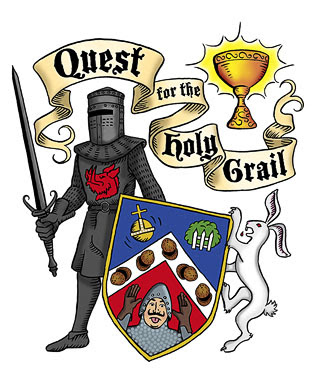 Since the turn of the century, education deformers have been in pursuit of the "holy grail" that would make every American student academically proficient.  This futile search for education excellence has been met with disappointment, frustration, and failure as all their attempts to improve education has made it worse instead as they ignore the root cause of the problem..

First, there was no child left behind that required all schools and their cohorts meet academic standards by 2014.  Over the years many states obtained waivers,  like not hiring "highly qualified teachers" and carving out exemptions for different cohorts of students.  Then there was the Bill Gates pushed small schools initiative that claimed small schools that replaced large schools help students.  Once the playing field was leveled,  (take a look at the Bronx) even Bill Gates realized that small schools were not the answer. Next, were the charter schools, surely the charter schools freed from union regulations was the answer.  Innovative teaching and the ability to impose strict discipline will allow for academic achievement.  However, most charter schools became test prep factories and failed to provide a stable teaching staff as teacher turnover hurt the very student academic achievement they were trying to achieve.  Moreover, in the few successful charter schools like "Success Academy" , those schools found ways to suspend struggling students, not promote them, and make life miserable for their parents until the student was removed from the school.  Even, the biggest supporters of charter schools are slowly realizing this model does not work,

Bill Gates, then spent his billions to push for a teacher evaluation system, making teachers accountable for student growth scores.  Encouraged by the Obama Administration who dangled billions of federal dollars to the states during the depth of the recession, 47 states jumped at the money, called "Race To The Top"with many of the largest teacher unions supporting it.  It mattered little that most teachers were dead set against such an unfair teacher evaluation system but it was much needed money.   Furthermore, despite a study that shows teachers account for between 1% (high school) to 14% (K-2) of a student's academic growth, some states like New York requires student growth scores to be an astonishing 50% of a teacher's evaluation!  Now, many States are rapidly retreating or eliminating their teacher evaluation systems as being punitive (Danielson)  and riddled with errors (junk Science). However, the damage has been done with a teacher shortages spreading throughout the country and fewer qualified individuals willing to be disrespected and abused by electing to become a classroom teacher.

Finally, the newest  idea that ed deformers are picking up on is "blended learning" that is a combination of classroom and online courses.  However, experience has found that "blended learning" has not lived up to its promise and many school districts, including New York City, are using it to eliminate teaching positions to save money and use it as a "credit recovery course" .  Unfortunately, the use of "blended learning" is already morphing into just another way for struggling students ti get easy credits.

Will the education deformer world find the "holy grail" for that great education?  Not very likely unless they solve the social-economic factors of family, poverty, and community first and then spend the funds needed to reduce class sizes and provide quality teachers to the schools.  Unfortunately,  that's the ed deformer blind spot on what's really needed to improve student academic outcomes.

I think that the real Holy Grail for the ed-deform movement is the complete destruction of public schooling which will be replaced by 100% charter schools and online learning. The goal of the ed-deform movement has nothing to do with education and everything to do with cold, hard, cash. Public schools and the teachers that work for them cost money. Big business does not want to pay taxes to fund public schools while at the same time they are looking to cash in via making a profit of of charter schools and the testing industry.

No more public education. Now, it's ED-U-BIZ! One of the last bastions of non-profit was identified and machinations were set into motion to convert it to a profit center. Bloombutt is a businessman; that is his area of expertise. When handed the reins of mayoral control over the NYC school system, he was not in his comfort zone, knowing NOTHING about public education. So, he converted public education into something he was familiar with---Ed-U-Biz. The students are not students and the teachers are not teachers; they are UNITS. Grades are not grades; they are DATA. Learning is not based on what teachers perceive as academic deficiencies to be corrected; it's DATA-DRIVEN. Now, teachers are not teachers, they are nearly full time manipulators of data, we have lesson formats instead of real content, we are told it's all for the students, but really it's all for the Wall Street folks with a few extra bucks in their pocket looking for a new profit center: Ta-DA, public schools. Everything is now about profit. Veteran teachers cost too much, so get rid of them any way you can. You can get what you need to make your profit from brand new cheap untenured teachers. These instant profit turnover, short-sighted greedy apes consider not the future of their society, the benefits of retaining a trained experienced cadre of teachers, the critical importance of a truly educated populace who can engage in critical thinking and not just slavishly follow the loudest voice--they just want to make their money and get out. The result will be much like those decimating rain forests by clear cutting for quick profit: eventual intellectual deserts. Can our country continue to exist with a populace incapable of figuring out "If A, then B"? Not as a democracy.

Another beautiful day in the high schools. Wow! A free week walking around giving teachers bathroom breaks during proctoring. I will certainly take my 100K+ salary. Thank you!

As an ATR, I'm going through many Queens schools. Blended learning is such a SCAM. The over aged/under credited seniors get credit for reading a chapter on line, then take a multiple choice test...but get this...for each MC question with four potential answers, the students have four chances to answer it!

I couldn't make this up if I tried!

Only 4 more for me! Hope I make it