The Delusional Eric Nadelstern Has A Plan To Get A 100% Graduation Rate. What A Joke! 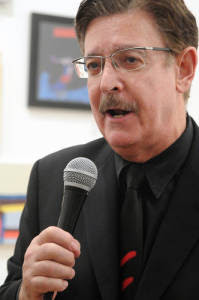 Once again Eric Nadelstern has published an article about how he would improve the New York City schools, this time by coming up with some lamebrain ideas on how to get a 100% graduation rate for the New York City students.  Yes, the very same Eric Nadelstern who was Deputy Chancellor under Joel Klein and then quit when Mayor Bloomberg selected Cathie Black over him to be Chancellor when Joel Klein was fired by the Mayor.  Yes, the very same Eric Nadelstern who said that two thirds of the teachers were ineffective.  Moreover, who can forget how he gave us the money sucking and useless "Children First Networks" and don't forget his pushing the Superintendents to hire the "Leadership Academy" principals.  Finally, he empowered principals to hire who they pleased and that included teachers not certified to teach in the subject area they were assigned to teach while jettisoning veteran teachers to the ATR pool or the infamous"rubber rooms".

How would Eric Nadelstern get a 100% graduation rate?  His recommendations are listed below:

These eight suggestions do not represent the only way to create a new school system structure capable of succeeding with all students. But they do represent a good start. It’s past time to begin this work.

Let's take each recommendation and see what Mr. Nadelestern is really saying?
Memo to Eric Nadelstern.  You had your chance to reinvent the DOE and the little you did was a disaster and even if your recommendations were put into practice, you never did explain how this will improve the graduation rate?
Posted by Chaz at 9:16 PM

The Nadelstern article reads like a plea for a job. It's pitiful.

Give Nadelstern a piece of chalk and tell him, "Show me." I'm 20 years in and can see the light although it's distant. I will one day say these words to a "suit", but you know, with three children, a mortgage and a blah blah blah, I'm waiting for my last year; it's just the way I have to play it, but it will be said. Other than that, Nadelstern and the others (you know who I'm talking about) have NOTHING on the teachers in the classroom who hustle like hell inside and outside the classroom to help the "kids" of NYC. F--- it! Eric, why don't you and the others man or woman up and get back to a place where you can close the door and TEACH, MAKE AN IMPACT, PERFORM SOME MAGIC, EDUCATE, MAKE A DIFFERENCE, INSTRUCT, BESTOW WISDOM and ATTEMPT TO LEAVE THE CITY AND WORLD A BETTER PLACE instead of talking and critiquing behind the proverbial desk! SMH.

Lower the standard enough and everyone will pass. That is what most schools are headed toward anyway.

Anon9:58, well said. It's time to tell the platoon of wind bag desk jockies to put up or shut up.

Great post chaz! Eric Nadelstern is a hypocrite who cared little about the students or the schools for that matter. It was all about his philosophy that had nothing to do with better schools.

another moron who has NO Clue what sort of high needs students most teachers are facing! Let him teach for a year in one of the worst schools in the city and then let him eat his words.

So true Rita Cat! Students are in regular ed classed in high school but yet can't read beyond first grade level! And they are put in double period classes which do little except frustrate both teacher and students. But they will pass English and graduate - after taking the ELA as many times as possible.

Eric still upset. Ah hahaaaaaa what a oathetic loser. Eric, cmon get a life dude. Go on a one way cruise. This guy still gets press? How those networks going Eric. You dirtbag!

His year is a typical day for most of us. I haven't laughed that hard since the last Benny Hill marathon. Let's all go out and get book deals.

Maybe we should write our books and flood the market with our experiences, cause as of right now, the public has no idea how bad it truly it... So yes let's get to writing!!!!!

My over-crowded 'high-needs' school is currently enrolling waves of Central American 'refugees' weekly. It appears that many of them have no concept what school is. They are also largely illiterate in their indigenous languages and especially in Spanish. Nadelstern, what magic can I brew up to make such 16 and 17 year olds pass the English Common Core coming this June?

More PD you say? Differentiation? How about Scaffolding or rigor? Huh?