Time To Bring Back The Community High Schools To Combat Academic And Racial Segregation. 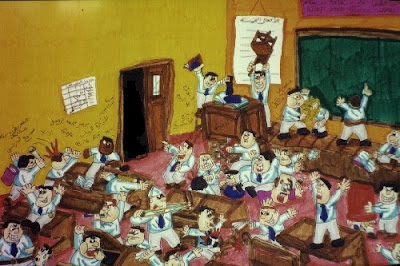 At the beginning of the 21st century (2000), high school were community based as each high school was zoned and the students who lived in that community zone went to their high school.  The only exceptions were the specialized and vocational schools.  Along came Michael Bloomberg and his Chancellor, Joel Klein, who decided that school choice was the cure for the ills of the New York City public school system.  The zoned high schools became a thing of the past and a student can choose any high school throughout the City.  This became known as school choice and was supposed to make all high schools competitive and diverse.  However, the exact opposite happened instead.  Here we are in 2016, after 12 horror-filled years under Mayor Bloomberg and the high schools are more segregated both academically and racially than ever before.

The Bloomberg/Klein tenure saw the DOE deliberately segregate schools both academically and racially.  First, they eliminated zoned high schools, allowing high performing students go to any school they wanted to while the low performing students were left behind.  Second, the DOE encouraged an increasing numbers of schools to become screened schools whose sole purpose was to attract high performing students to the school.  Third, the Bloomberg/Klein administration decided to close many of the large comprehensive high schools and to achieve that purpose was a deliberate policy of dumping "high needs" students in increasing numbers in these schools to ensure these schools fail and be replaced by the Bloomberg small schools.  Finally, to ensure that the targeted large high schools  struggle and eventually close, the DOE would discourage high achieving students from either going to the school or allowing them to transfer out.

The result of the deliberate Bloomberg/Klein policy was to segregate many of the high schools both academically and racially.  Many of the struggling high schools academically in the City are nearly 100% minority.  By contrast, the academically proficient high schools are either diverse or majority Asian and White.  While bringing back the zoned high school is not a complete solution to segregated schools, its a start as each school will have a layer of high achieving (minority) students and these students will go a long way to improve the schools academically and bring in school pride that is sorely lacking in far too many schools.  More importantly, over time as neighborhoods change and slowly gentrify, the schools will also become more diverse and attractive to all the community's student population.

You want more diverse schools both academically and eventually racially then bring back the community high schools.
Posted by Chaz at 2:53 PM

Chaz,
This could be the best topic in a while. This is huge! On the Clinton HS Campus in the Bronx, we have banners slapped up on the wall that read "Community School". It's a plastic banner, several of them very tacky. Can you imagine putting up "We Are A Community School" all over a building? What the hell is that? It's so funny. About 10% of the student population actually live in the community. 90% do not. How is this a "Community School"? Another scam by the current administration to devert attention. "we Are A Community School". Huhhh?? No one lives in the community!
Bring back the zones. Bring back pride in the community in which you live. Sports, etc will follow. It's a fun competition between neighborhoods. I cannot believe Farina and the 500 other Tweed workers haven't figured this out.

The schools are being run in the same manner and by the same people. It's as if Bloomberg is still in charge - that's the good news. The bad news is the changes this mayor has made - cell phones, restorative justice, mistrust of police and school safety, the threat of the removal of metal detectors, the growth of the ATR pool, every other kid living in a shelter and completely out of control buildings. Bloomberg was better.

I think this is a losing proposition. Parents are *not* clammoring to bring back zoned schools. Parents don't care if their school is all minority or not. Parents want to feel like they are doing what's best for their kid. If they are sending their kid to a segregated school across town that's marginally better than the segregated school in their own neighborhood, then they'll do it.

There is no sense of shared responsibility for the neighborhood school in NYC. In the suburbs cooperation exists because *everything* is tied to the health of the neighborhood school, right down to the value of one's home. But, since parents in NYC have no assets, there is nothing that ties them together. It is truly everyone for themselves here. We are destined to continue the shell game. Unless parents start working together.

The newspapers are going to continue stoking the fears of the neighborhood school because it drives people to charters. Charter chains make money. But, charters are only profitable in the current model, with high demand and low supply. The demand stays high as long as the Post bashes the neighborhood school. The supply stays low as long as charters are restricted by space and regulation.

My neighborhood is zoned for Van Buren but the kids around here, including mine, haven't gone there in years and the school has deteriorated. If our kids had to go to neighborhood school, this school would still be good.

PLease let not anyone ever say that bloomberg was "better"..bloomberg and klein were the biggest piece of crap you ever want to know. Bloomberg and klein could care one rats ass about any of our families or livlihoods. Bloomberg was only interested in puffing up his small midget ego and anything he did was to make HIM look like a giant in a world where he is a midget. Yes bloomberg has acquired a tremendous amount of wealth but that is only because he had one great idea in life and that was to have every stock related business using his terminals with stock info. THis idea of bloombergs caught on - similar to gates and microsoft windows. So, between bloomberg and gates you have two guys who have been rewarded with huge amounts of money but only in that they had one great idea and thats it! So, just because they have acquired this wealth they suddenly think they know everything about anything and sadly that is just not the case. So, please do not ever say bloomberg was better because we are all still suffering because of bloomberg and klein.

Watch out for the slick writers at the new york post writing an article on union spending. The article is clearly written as the friedrich case in pending and the freken post writes an article to show how the union is wasting our union dues. This slick bastards are putting this out there to try and sway members to not pay into their union so the union can fold....Slick people out there in this brutal place called NYC. MOst outsiders think NYC is this nice metropolitan metropolis but the reality is that this place is filled with hatred and greed and the hatred is spewed by the press every day. THe post is owned by rupert murdock and this chap instructs his goonies to write stories day after day to make peoples lives as miserable as possible

8:54
Please explain why DeBozo is better than Bloomberg. It's a lot worse on many levels. Wait until the metal detectors come out. Bloomberg was horrible but every thing he did was a result of the 2005 contract that was agreed and ratified by us. DeBozo is doing all his crap with no input from anyone but Farina.

I went to a community school. Add some incentives-band, money for sports and clubs- and I bet you could start selling community schools. Right now, with kids going all over the city, no one is connected to their own neighborhood. And remember, in NYC (and other cities), real estate is king. Break up the big schools, send the kids to a charter that's renting space somewhere, then the big HS (with the athletic fields and parking lots) can be sold to a developer. I don't think that was the original intent, but that's where I think it's going. It's a shame. You're right, when I went to HS rich and poor kids were all there.

Hey Chaz what do you think of the new "borough" centers? Are they working? What do they do? Don't hear anything from these new fantastic centers that opened under Farina. Why?

I saw that article as away to bury the other story that was published the same day - Eva Moskowitz getting investigated. I don't think the Union spending story has legs on its own. They just needed a couple anti-teacher articles to take up headline space the same day as Eva's article.

Windows wasn't Gates' idea. He stole it from Xerox. Gates also stole Microsft Excel from a couple of Harvard profs who had invented a spreadsheet called mini-tab. As Gates' own VP said, "we aren't the first to innovate. We're just the first to profit." Meaning, they don't invent shit. They just abuse their market power to make sure nobody else makes a living. Their products are god-awful. Kind of like the Common-Core. Gates is an aggressive geek. Right place/right time. But, definitely rent-seeking. Klein didn't do such a good job breaking up that monopoly. He went right from that to working for Gates. What a sham. Total revolving door.

No atr movements.. i guess we will all be staying at the schools we have been at for quite some time now...approx. 7-8 weeks now we have been at the same school. MY question to the DOE then is why not leave the atr educators at their current schools? Do we really need to move thousands of teachers across the city again? MOst atr educators by now have bonded with their schools and students only to be up rooted again to move to another foreign school and start all over again like the first day of school?? This atr bull shit is the most bizarre piece of shit bull shit you ever want to see. So, again, Chaz, are you not on the atr board?? Have you had any input?? Ok, keep the atrs off the school budget if you must but the rotating of people around the city is disgusting.

There is no longer an ATR board as the union does not want to hear from ATR's and have already agreed with the DOE to extend the current agreement to the end of the contract.

I'm an ATR, and boy did I have a "movement" this afternoon.

3:59,
You must have bought adult diapers with your teachers choice money! Hopefully you had your BM during a particularly boisterous class.