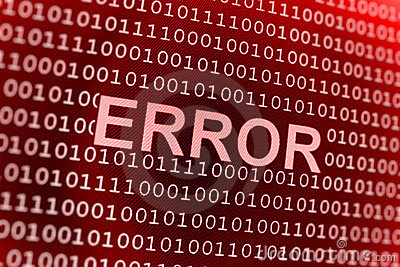 As the week ends the DOE was supposed to give the over 1,000 ATRs their end of year rating.  According to the DOE the rating would be available during the week of June 12-16 in their DOE email.  However, it wasn't until the afternoon of the 16th did the ATRs actually receive the DOE email to log into for their rating.  However, there was a snag, when the ATRs put in their user id and password an error code came up.  Despite numerous calls and complaints, the incompetents at the DOE failed to fix the error.

Of course, the DOE, later on, claimed that the bug will be resolved on Monday and maybe it will be but one would think that they would have tested the program and resolved any problems before sending out the flawed version that simply frustrates the ATRs who would very much like to be treated like every other professional in the system.  Then again, it's simply another example of the DOE treating ATRs as second class citizens and their is no consequences for their alleged incompetence.

Note:  Error bug was fixed late Saturday however, your final rating sheet can only be accessed by disabling your ad-blocker and using the Chrome browser, it still does not work on the Mozilla Firefox browser.

hwy why should atrs get there ratings before regular appointed teachers anyway?

Does the rating release apply for all ATRs or only the ones in rotation? Will ATRs who were placed for the year also have their rating available by money?

Is it only the ATRs that are in rotation who will be receiving their rating by Monday? When should ATRs who have been placed for the year expect to receive their end of year rating?

Provisional and appointed teachers get their ratings at the school and are given out next week. That does not give the DOE a pass once they commit to giving out the ATR's rating and fails to do so.

It is chaotic, the observation process is being manipulated by field supervisors to get rid of teachers. That is their agenda to destroy schools and careers.

9:11 maybe I'm misunderstanding you, but I am a "regular appointed teacher" and I got my rating this past Wednesday.

I was never observed by the school I was at. So, am I getting it from my school? I didn't see an email.

When corruption and wrongdoing is not addressed students suffer, experienced teachers are attacked and supervisors do not act in good faith.

You are right Chaz @ 10:04AM. The DOE had a full week to send eligible ATRs their ratings and did not do so til the last day with no ability to access the information. DOE and administrators need serious evaluations. It's a joke, yet teachers are evaluated by a system where its own creator states the model is not to be used to rate teachers. Teachers need to file for a class action lawsuit and the ATRs as well. NYS needs to pass strong workplace harassment laws. What is the difference between bullying that minors face and harassment that adults face? Both have very similar consequences and some can be very serious, such as, health problems and suicide. There needs to be a class action lawsuit.

Totally agreed. Field supervisors are abusing the system to observe teachers in least favorable conditions than regular teachers. Secret Agreements bet. DOE and the UFT should be challenged in Courts because there was no voting and no input by members.

11:38
i havent recieved any indication of my rating for this year.

@3:43 bullying and harassment are the same...why should anyone turn a blind eye to either? Class action

Our Union by not negotiating in good faith has impacted that a group of teachers called ATRs are treated in a different way, and are denied a fair chance to find permanent jobs because they are in disvantage with respect to new teachers.

@9:44PM - Just the point was trying to make. There is no difference. Adults should be ashamed of their harassment towards others.

I got my rating. Thank you, My CAR days are not accurate. Who do I call?

Heard a very strange story the other day and want to know if there is any truth to this???

I met an ATR teacher who told me that "Back in 2003/2004 I spent two months in the rubber with Carmen. She was one of the nicest ATRs that I ever had the pleasure of meeting and one of the better BINGO players in the rubber room. One day she made out with over 80 dollars. Very lucky lady. She then was cleared and became an excessed deputy chancellor. At the time of her retirement to this day, Carmen was the highest ranking ATR ever."

Any truth to this?

@ 4:47 Many field supervisors are abusing the system and using ATR observations as a way to try to get promoted. I was observed in February by an ATR assistant principal in Manhattan when all of the sudden an ATR principal walks into the room to observe the ATR AP. A few minutes later an ATR deputy superintendent from the rubber room (some of you know the name) walks in to MY ROOM and starts to observe the ATR principal who is now observing the ATR AP who is observing me, the ATR teacher. I felt so violated.

If we all get together and push for a school staffed by ATRs and supervised under an ATR superintendent - we can show NY City how a school could be run. The High School of ATRs

Psychological warfare!! The DOE consistently practices techniques designed to break people down so they will give up and leave! ATRS are treated with disrespect, are in limbo from week to week with untimely email assignments, can be moved without notice at the last minute no questions asked, are not given a safe place for their personal belongings, no bathroom or classroom keys, travel hardships, parking nightmares, field supervisors, no representation, and now this computer error (sounds fishy)!

Gues what? ATRS ARE STILL STANDING STRONG!!! POWER TO THE ATRS!!!

In many schools where most experienced teachers were pushed out they are suffering by a high turnover, regents scores plummeting, harassment and easy passes. Just the opposite what we need to do. Those in charge should be ashamed.

The disadvantage being salary - all comes down to money.

shad c. you need to call a psychiatrist... but you do fit right in as an educator in the nyc school system!!

If one of us is messed with then we all protest outside.

shad c. knowing your an atr like me makes me sad and gives me more clarity as to why we are looked upon as second class citizens by the doe!!

@7:33
are you kidding me? I am one of the strongest ATRs in the ATR pool. I am heavily recruited and sought after. I did not create the system - the system created me. By the way, I did a six-week stint in Fashion High School with a very cute brunette ATR named Kelly. I never got her last name and the payroll secretary wouldn't give it to me. I tried contacting UFT and HR but you know how that goes? Any suggestions?

I really thought Kelly and I bonded and one day she disappeared. Nobody would give me any information.

Kelly if you are out there - please let me know. Contact me.

I do not know how ATRs put up with such an abuse and harassment.

You truly are a pitiful person.

Shad, You're a cool dude, we need you in the Bronx. I don't wear tee shirts but we could get buttons made up saying 'I'm not a sub!' If you write your memoirs, I recommend the title 'ATR Giglio'. Stay away from the ATR social workers they're all nuts.

shad I know the person your drooling over and be honest "she" is a "he". and that "pool" your talking about is more like a "swirl"

I think you mean "ATR Gigolo"