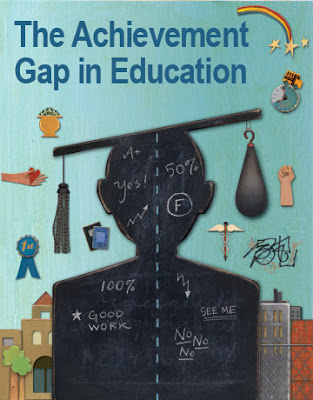 Mayor Bill de Blasio's ill advised proposal on how to achieve some semblance of diversify has stirred up a backlash, mainly by East Asian parents and their political allies.  In addition, the Republican controlled State Senate has splashed cold water on the Mayor's plan to diversify the three Specialized High Schools which are Brooklyn Tech, Bronx High School of Science, and Stuyvesant.

The Mayor's plan would set aside 20% for low income students and he would scrap the Specialized school test altogether and allow the top academic students of every middle school in the City to be given a seat, based on their school grades and the State test scores.  There are major problems with the Mayor's approach.

First and foremost, .the Mayor's plan will allow for every student accepted by the school, another, more deserving student will be rejected.  His "robbing Peter to pay Paul" is not only discriminating against higher academic students but ignores the mission of the specialized schools, to nurture the top students in the City and provide a college like curriculum and atmosphere.

Second, if the Mayor's proposal is implemented, that would set aside seats in the specialized high schools based on middle school grades, which is subjective and subject to grade inflation.  Then what happens when those students who were accepted but cannot handle the tough academic environment of the specialized schools?  Will the Mayor allow them to transfer out or pressure the specialized schools to dumb down the curriculum?  My guess is the later.

Third, the Mayor's plan to use the State competency test is a poor replacement for the significantly harder specialized school test which is based upon selecting the top academic talent in the City.

Finally, the Mayor's plan discriminates against the high achieving Asian community and to a lesser degree, the White neighborhoods.  Moreover, it also discriminates against the middle class community's middle schools, which have more high academic achieving students than the City as a whole. Finally, under the Mayor's plan the specialized schools will no longer be elite.

My plan would be to provide free or low cost test prep for all middle school students who have ambitions to be accepted to the specialized high schools and pay for it by one or more of the following.
Furthermore, we need to reduce class sizes and eliminate Fair Student Funding so that the middle schools can have experienced teachers instead of the steady turnover of "newbies". which hurt student academic achievement.  Finally,  the City must improve both the administrative leadership and teacher quality at the middle schools which is the weakest link of the NYC public schools.

Contrary to the.Mayor’s belief, the proportional
Disparity of blacks and Latinos in specialized high schools is not indicative of an injustice, but rather demonstrated the relative importance placed on academic achievement by various communities.

Honestly, there is nothing DeBlasio is going to do with the specialized high schools. Plus, he is only doing this because he married a black lady. Let's be honest: had he marred Asian he would not be touching specialized high schools. Plus, my 15 year-old foster kid, DeShawn, already told me "F those white schools and kids. I do not want to be in them anyway." I am so glad DeShawn only closes down tough to staff schools and he doesn't like to go after the specialized high schools. DeShawn already closed down 2 middle schools and two high schools. Well, DeShawn and his friends I should say but I am a little biased for my DeShawn. He told Carmen at the pep meeting in Feb to go ahead and close down his school. He said "I do not care. I will go to another school and you will have to close that down too stupid old B." He got a standing ovation but as an educator I was kind of embarrassed for her.

The DOE does provide test prep for middle school students who want to attend specialized high schools. It is called the "Dream Program". However, it has not really produced much results. There are newspaper articles about this. The city is spending close to 30 million a year on this "Dream Program". However, they are servicing all types of kids. The Asians still outperform everyone else. Plus, the city should put kids into prep classes by level. Prepping a level 1 kid with level 3 & 4 kids is not helping the level 3 & 4 kids get stronger to get into specialized high schools. The level 1 kid is never going to go up that much to do well on the specialized test. There needs to be more done at home.

This is the consequence of mayoral control. 100% pure incompetence.

Asian children start their education at birth regardless of whether their parents are college graduates. The emphasis is on hard work and they are expected to get every question correct. If the have an older sibling then they have an opportunity to learn from that sibling and he a grade or two ahead.
They are dedicated , focused, and sacrifice their play time.
Why should someone interfere with that.
Yes, the fact that DiBlasio married a black woman is driving this. She also makes many decisions where she shouldn't be permitted to do so.
He's also working on getting her a nice position. I call BS on this decision.
Maybe they should create a specialized high school exclusively for those that almost made it. Call it the Stuyvesant II.

Asians are minorities also, but because they don’t fit into the Black and Hispanic stereotype they are now their separate group. Asian families are poor and large. Every extra dime they make goes into paying for private tutors so their kids make a specialized high school. Both parents often work two or three jobs. They don’t buy $300 sneakers or $1000 phones for their kids. DeBlasio is 100% wrong in what he’s trying to do.

Please inform your readers about the story in today's Daily News regarding disgraced principal Steven Dorcely. This miscreant is also a CSA District Representative, and the teacher noted in the harassment case is actually an Assistant Principal currently assigned to a school in the Tilden Campus.

1:42PM. Thanks for the info! Canarsie staff must be celebrating! DOE finally did the right thing! He is also being investigated for changing grades! Dorcely is also married to a principle at the Prospect Heights campus. They are both ineffective principles who never had the proper training!

Graduates of the infamous Principle's Academy! What a joke!!!

This is the second principle to be removed from Urban Action and they have only had two since it opened!,

@ 1:42 We need to stop beating up each other and making fun of each other. Nobody knows what happened between Steve Dorcely and that AP. Did they have an affair? Did they not? Was she really sexually harassed? Did she make the complaint after she got u-rated? WHO KNOWS? WHO CARES? Same way the press goes after ATRS, educators, public education etc. we should not be buying into BS NY POST and Daily News garbage. What goes around comes around.

On the other hand I have been sexually harassed all year long by my principal. Do I complain? NO. I simply just accept it. The other day she patted on my butt like I was a third base runner. Inappropriate? Yes, but did it give me an extra pep in my step? YES.

By the way, be careful what you post and write on social media. Turns out principals read these posts too. My stupid dumb low IQ AP came to me on Friday to tell me that he knows that I am writing stuff about him on Chaz's blog.

We need to support our Asian brothers and sisters. Not their fault they work hard and kick our little asses in test scores. We simply can't compete with them and must accept this as reality. Plus, they are not ruining schools by having high absenteeism and disrupting classes. They do not miss the whole semester then ask for a packet. They ask for a packet to advance.

I KNOW not all Asian students are great students. Talking about the ones carrying this failing system. Getting rid of a specialized exam to dummy down specialized high schools is not the answer. My DeShawn now changed his mind and would rather attend Yale and not Harvard. Reality is I hope to get him into a transfer school or Clinton High School where he can do a few packets to graduate HS. I emailed the Clinton Principal and have a meeting set up for DeShawn.

Better yet, why can't the DOE just sell high school diplomas? It is not fair that DeShawn has to attend school. NOT FAIR AT ALL.

How much is taxes in retirement on
1)Pensions
2)TDA
3)Social Security
I read and was told many stories from
the first 20,000 to no tax if living in NY

We are living in times of illegal immigrants, immigrants and more immigrants who now are filling up the cup. In time the cup will be full of immigrants and NYC will become a cesspool of hispanics and blacks, muslims and every other type of human being except for true Americans who are about to be extinct.

Yes my friends, the liberals with their weak minds and small bank accounts, Kia cars and brown bag lunches can rejoice with the hoodlums and America is welcomed into the third world party. Specialized high school you say? What's that all about said Jose to muhammad who stood there and said its means you do not have to go to school to get a diploma. Yeah!

As someone who has filed 5 tax returns, prepared by a CPA Where are the tax rules as I understand them
Social Security is federally taxed according to your income. They’ll send you a statement and you can figure it out from there. No state taxes on social security
Anything from the TDA Is taxed as regular income by the feds. There is no New York State tax on TDA money, so far

Pension is taxed by feds as regular income. No New York State tax on pensions from TRS

The first $20,000 that you receive From IRAs, annuities or Non-New York pensions are state tax free in New York but fully taxed by feds