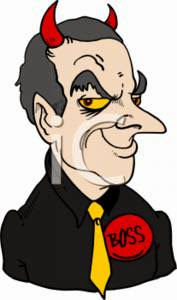 There seems to be a small shift on how the DOE are handling principals who are acting badly under the new Chancellor, Richard, Carranza.  Fist it was Howard Kwait, who was removed by the Chancellor from John Bowne High School in Queens and now it's Steven Dorcely of Urban Action Academy in the Carnarsie campus in Brooklyn who was removed due to sexual harassment of female subordinates.  Interestingly, Mr. Dorcely, a Leadership Academy Principal, was first in the news back in July of 2016 due to Regents cheating, cyber bullying, and poor academics.  You can read it Here.

The other Principal in the news is the Principal of troubled DeWitt Clinton High School in the Bronx who has been accused of passing students who never attended class by giving them a "quickie  mastery packet" which they can do at home.  The Principal, Pierre Orbe, has apparently didn't learn from the previous Principal who was removed for similar abuses.  Will the DOE also removed Mr. Orbe?  Only time will tell.

While I see the DOE taking Principal abuses more seriously. there still is a "double standard" on how teachers are treated compared to administrators and that must end. Let's see what the Chancellor does with the infamous Namita Dwarka of William Cullen Bryant High School in Queens.
Posted by Chaz at 9:09 AM

I'm actually going to go out on a limb here and defend some (not the sex harass ones) of these admins. They are pushed to do this credit recovery, restorative justice, and "graduation packet" crap from the superintendent and/or district office. As the saying goes, "IT" rolls downhill!

My recommendation is to file a Part 83 complaint directly with the NYS Education Department against corrupt or morally bankrupt principals.

Let NYSED worry about how to handle such matters.

One story of restorative justice

Glad to see that these principles are held accountable for their actions!

Sadly to say these are exceptions!

We know there are more principles and admins out there that need to be held accountable!!!

Do they discriminate against older teachers?

Any word on when ATR ratings go out? Seems like there should have been an E-mail by now.

Many ATRs are getting pushed on flyby observations which should be illegal.

33 percent of ATRs are getting U in attempt for the DOE to push them out.

What about the assault on our tenure. I thought tenure was a property right. And as such we are not being allowed to enjoy it.

The rating are starting to go out, but the CAR and salary information are inaccurate.

what does an N mean in a atr rating

An "N" means no rating. Usually you get it if you were reassigned during the year.

Another year, another S!

Principal Dwarka remains principal of a sinking ship. She just got red flagged by the State.

Any idea what a C means? Thx

Anon 4:49 P.M., how long ago did you file the Part 83 complaint against Neil Ganesh?

Did you hear anything back from NYSED?

Here are some Part 83 cases:

I filed two complaints against Neil Ganesh. One was as recently as just last month.

Haha! What a story!