Paid Family Leave Starts Next Year For The United University Professionals, The First Publi Sector Union To Negotiate It In Their Contract. 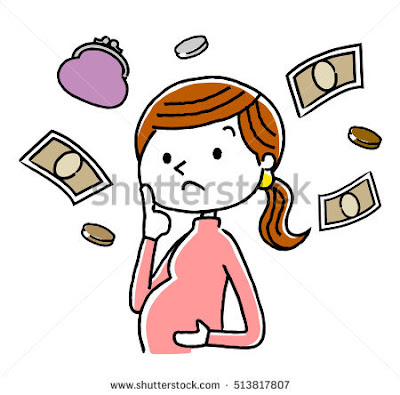 The UUP negotiated family leave contract is more generous.   UUP members will receive 55% of their weekly wages up to ten weeks of paid leave, starting in July of 2019.  This will increase to 67% of the employee's average weekly wage and 12 weeks of paid family leave by July of 2021.  The paid family benefit and salary increases, along with minor improvements for adjunct professors who, for pension purposes,  work at the universality will now count as a full day instead of the hours worked,. the contract was negotiated without the union giving any concessions or deductions..

Hopefully, our union can learn from the UUP contract and at least negotiate a similar family leave contract and a 2% annual raise without any "givebacks".  This  should be the minimum our union should accept from the City.
Posted by Chaz at 1:19 AM

Our union will say the cupboard is bare and offer ten observations for all 22 Danielson's domains with a 50% increase in medical copays and the firing of all ATRS!

Really annoyed at "paid family leave"! If it is an option for teachers who want to pay into a plan that is OK.

If it turns into something we all have to pay for I am not for it at all!

Let teachers get decent raises and we can figure out our own family leave!!!

5:29, I agree in principle, but just for instance, AFLAC doesn't sell insurance for family leave (and the short-term disability is only available through an employer).

Similarly I'd love to have the option to get paid the value of our GHI health plan and buy my own on the free market, but at least as of right now a (true) free market for health care doesn't exist.

What will happen to CAR days?

2. Teachers are not treated like professionals and are being tortured which makes more teachers likely to take the paid family leave. A couple of my male teacher friends have already looked into getting pregnant to attempt to take time off.

What a fregan joke and what a fregan wasted of times we are living in. Success Academy charter school, the eva moskowitch school of hate has had their first graduating class. The funniest thing is that Success Academy graduated a wapping 16, that's (sixteen) students!

Ok, so the cohort started with 73 students but only ended up with 16 graduates. The media has praised the graduation but never admitting or printing that most of the cohort kids were sent away back to the public schools for a variety of reasons but surely this bull crap charter chain has the balls that one cannot believe. If this was a public school which Success charter claims they are, the school would be on the chopping block for closure.

However since this is success charter and eva moskowitch the school is praised for the 16 graduates. So sad that we are living in times where up is down and amazing how moskowitch tries to tell us how great her schools are. This is called having big balls.