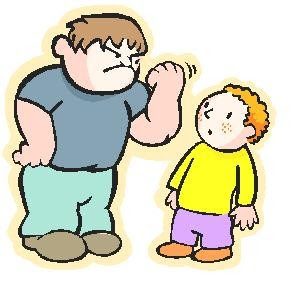 The alleged murder suspects who mugged and killed 18 year old  Tessa Majors attend a poorly performing middle school.  According to the New York Post article. The school demographics for the latest school year (2018-19 ) is 51% Black, 28% Hispanic, 13% White and 3% Asian.  Academically, only 12% were proficient in Math and 26% were proficient in English.  The City average for the State tests are 46% and 51% respectively.

The middle school the three suspects attend is called PS 180, a K to 8 school, and the students complain about bullying and staff complain about student discipline issues.  The trust factor is below the City average and the majority of teachers are non-tenured   Here is the Inside School's Snapshot of the school's quality report.
Posted by Chaz at 12:33 PM

I bet anything the teachers hands were tied in not being able to discipline. Teachers were overwhelmed with the new social justice curriculum jammed down their throats that they didn't have time to even address any social and emotional needs of students. Daily data and computer paperwork was needed to be handed in. Too few guidance counselors were assigned to the school. There was lack of parental involvement. Cellphone use was a daily occurrence in the building. Teachers were written up frequently. Teachers were frequently cursed at and threaten with no consequences. Students were bullied with no consequences. I never step foot in this school --but I know cause this happens in many city school. It starts early...children learn there are NO CONSEQUENCES for bad behavior. They get away with everything. They have those caring and sharing moments with the "authority figures" at school and laugh all the way to jail system. We do them no favors for what is happening in the school system now. This what we reap from DeBlasio and Carrazana!!!! Shame on the Mayor and is new social justice.

Those poor kids subjected to the cultural biases
Of a racist western-normed staff. Is it any wonder they were provoked into a muderous rage by that girl flaunting her privilege all over their neighborhood? Do you suppose the chancellor feels that this incident might rise to the level of being worthy of suspension?

And teachers are all rated under Danielson while teaching these scumbag criminals.

Sounds like a well-integrated school that follows closely the city average for every race.

I don't care how much racism you experience, that is no justification for murdering someone in cold blood. The kid's record will be wiped clean when he turns 18. Also, I agree with the first blogger. This is the result of kids not being held accountable for their actions. These kids probably torment and bully kids and staff at school and suffer no consequences, so what is a little murder? We're going to see the results of this lack of discipline in the not so distant future. Get out of NYC while you still have the chance!

The legal aid defense teams of the suspects will blame whites and asians somehow and say they needed the smartphone they were trying to steal from the Barnard Freshman to do homework.

I feel so sorry for the family of Tessa Majors.

I believe we are reaping what the politicians have sown. Although the problems start in the home, the school system just perpetuates the lack of accountability, respect, and consequences. From the politicians and the chancellors on down to the administrators in the DOE, they are all guilty. The policies, political correctness and number games have allowed children to believe that there are no consequences, that respect does not matter, and that they will never be held accountable for anything.

I wonder if Deblasio and Carranza will suggest restorative justice to the family of Tessa Majors? then let these boys go about their lives.

The first two posters spoke the truth, but we are not supposed to notice these things or we are thought criminals.

What happened to our country that a totalitarian leftist 'woke' movement has so turned us into this climate of fear?

POC children are NOT to be disciplined at all because it is somehow racist.
I read an article in New York magazine yesterday (very woke publication now) that point-blank said that sending POC to jail is racist and obviously they are innocent if the police got them. No joke.

At my school, the kids do basically anything they want and we all have to pretend we didn't see it. This is what leftism brings: divorce yourself from reality to support the narrative - or else the gulag for you!

I have a couple of friends ATR’S
that was placed with no charge to
the School.

There’s a rumor only a rumor that they’re
going to give another by out .
two years added

@7:56 AM - Are ATR status being force placed or given a choice to this permanent placement? Has this only occurred to teachers or is this occurring to school counselors, school social workers and school psychologists as well? Any information would be appreciated.

Spoke with the legend in his own mind the great Washington Sanchez and he said it’s just a rumor, so it must be true

These murder suspects are in the top 7% of the failing school so they should get to go to Stuyvesant right?

Where are the parents?