Some NYC Schools Are Academically Failing 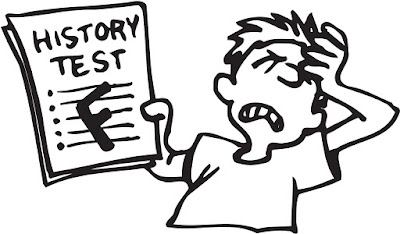 The New York Post had an article with a heading "Over 140 NYC schools had a 90% failure rate on State exams". The article points out the sad state of academics in the largely low income and minority elementary and middle schools in NYC. Moreover, 23 schools reported an entire class that had nobody passing the State exams.  Finally, the DOE actually reported that the 142 school failure rate as an academic improvement since the previous year 193 schools reported a class with a 90% failure rate.

The New York State tests are given to grades 3 to 8 and are given in March and April for English and Math.  Not surprisingly, the highest failure rate are found in high poverty schools that have high percentages of minority students as well as Special Education, English Language Learners, and homeless students.

Here are some of the worst schools based on the State exams.


Many of the old Renewal Schools are found on the failure list.

The demographic breakdown of the State exams are as follows for NYC students:

The low test scores are correlated with poverty, family, and community and that's the inconvenient truth.

Well I see that the scores are low for certain individuals...it must be the teachers fault in those schools i say close them now those rotten teachers especially the atrs, yeah its their fault

How about letting teachers teach for a change and quit all the nonsense group work. If they got an exam on group work, our students would ace that.

The NYC public schools are a disgrace, it’s all about racial politics. Mayoral control should be lifted from DeBlasio, he’s a complete bullshit artist - directly and indirectly responsible for untold the pain and misfortune that awaits society and the illiterate youth he’s pushing through his warehouse schools. Unfortunately, the UFT has tied us to him and once Billy Boy is gone, watch out. Prepare accordingly.

Teachers don't manufacture brains. They work with what the students bring with them.

We routinely graduate kids at my high school who cannot read or write more than a few words at a time. As for "higher level" vocabulary, you have got to be kidding me. Our top students are at about a 6th grade level, and they are less than 5% of the school.

Do we want to do this? Of course not, but any teacher who does not 'pass them through' gets the proverbial target and gets harassed out of the school.

We want to teach properly and bring the kids up, but admin does everything in their power to prevent this. How?

1. Eliminating all direct instruction. We can only 'model activities' now and then the kids work in groups with an 'activity guide' and 'teach each other' through 'high level discussion.' I am NOT making this up.

2. We cannot give any work that involves memorization, skills practice, repetition or using a textbook. These are ;old ways; of teaching. "21st Century" skills involved constant use of computers and more 'discussion.' In our PD they showed us a video of bored kids in a classroom being liberated by computers and endless chatting, so it must be true.

3. Kids are allowed to have cellphones on their persons in my school. Oh, and they unblocked Youtube so the kids are strung out on music and texting all the time.

4. The admins tell us we must give the kids high level texts to read, but when they come in to observe, if they see the kids reading, they are not discussing! Ineffective!

5. There are no consequences for any bad behavior at all now. Standards of good behavior are racist, anyway. Back to cultural competency training with you!

6. No homework policy. You cannot fail them for attendance. Parents not involved. We have no after school programs beyond regents prep and similar boring things. No sports program (it's a small school). Bell-to-bell instruction with only 1.5 minutes passing time, so everyone is late every period.

I could go on, but you get the picture.

Merry Christmas Chaz have a great holiday break and keep this site going the best education information...."its the best in the city".

HAPPY HOLIDAYS and HAPPY NEW YEAR to all!

Group work can be good for creative projects every once in a awhile. The nuts and bolts of foundational academics should be teacher-driven and teacher-assessed. The rest is non-educator, consultant-driven gimmicks.

This is to appease the black community. As the numbers state, if we graded honestly, maybe 5% would pass. Now we can tout the highest grad rate ever.

Why does Dick Carranza and Debozo focus only on specialized schools and none of these failing schools?

Well the "good" news is the top 7% from the failing middle schools will get to attend specialized schools in a few years probably.

DOE's mentality is "throw some rich white kids in these schools and that will fix everything. Just say we want diversity as an excuse to bus kids all over instead of sending them to schools a block from their house".