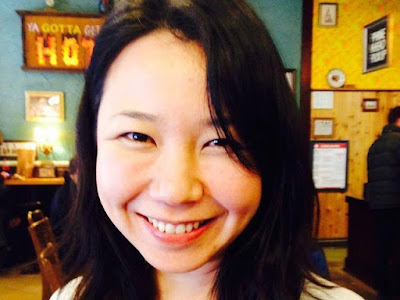 Principal EuJin Tang of Brooklyn's PS 169 decided it was a good idea for her students, who are mostly low income,  recent immigrants, to learn to swim.  While that was a good idea, the problem was that the fitness center apparently did not isolate the students from the adult members and according to the New York Post, the 2nd graders were exposed to nude adults changing in the locker room as they waited to change into their swimsuits.

The Principal, EuJin Tang has been in the news previously when back in 2014 she banned Thanksgiving and Christmas  and celebrations, as well as the national anthem and made national headlines. Then she was known as EuJin Jaela Kim.  At that time she had one of the lowest teacher approval rating in the City at 32%.. While this has improved, the latest approval rating of 60% is still well below the City average of 86%.  She was made Principal of PS 169 in 2014 despite only having three years of school experience, when Chancellor Carmen Farina required all principals to have a minimum of seven years school experience.  As you can imagine, Ms, Tang is a graduate of the infamous Leadership Academy.

Ms. Tang (still known as Ms. Kim) also threw out nearly new desks  as well as other materials that cost $25,000 and replaced them with tables and was criticized by the media for wasting usable furniture when school budgets were tight.. I wrote a post about EuJin Jaela Kim back in 2015 and you can read it Here.  Furthermore, back in 2015 a petition to remove the Principal of a school that has 1,300 students generated 2,783 supporters but was ignored by the DOE.
Posted by Chaz at 12:01 AM

My friend Roz who works there at this school, has also observed that the assistant principal's and the school aides enter the bathrooms while the children are using the bathroom.

A north korean import we get them from every where

The investigators never do their work.Dearka is still a Principal.

The lack of teaching experience is what jumps out to me! Why would anyone with so little teaching experience think they could lead a school? She, along with so many other administrators are delusional about their skills. The NYC DOE makes it is easy for an incompetent megalomaniac to move up the ranks.

Sad for Americans that we are victums of open borders for decades and now we have people like this principal. Teachers today are forced to work for people who were born outside of this country and this is becoming a real problem. Look at this principal banning everything American. Does this foreign principal understand American culture? Sad sad sad.

@ 9:30 Where does it say she's an immigrant? Because of her name? Also whats wrong with having a boss who wasn't born in America? I am pro border control but you're just spouting ignorant garbage. You're the reason why so many people equate being pro border control with racist. It scares me that people like you teach our children.

I recently spent hours of PD with Dwarka....what a f'kin fool.

She is oppressed by white privilege and evil American cultural imperialism.

She had to act!

9:30 please stop. This principal sounds like someone who became principal before gaining wisdom or even experience. Immigration status has nothing to do with her behavior.
Because of the 1st Amendment, I will support your right to free speech, but I don't agree with what you say.

What is going on?
ATR’s are being placed.
No charge to the school.

7 17
please stop you sound like a person who is afraid to confront polital correctness and its people like you that allow this crap to stand....my guess is you are a first grade teacher