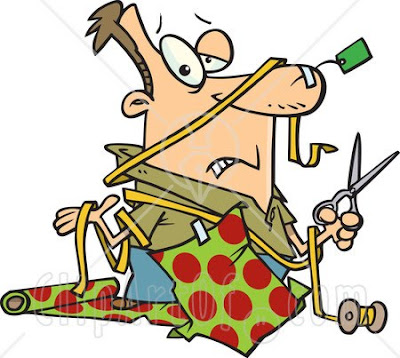 For many of the ATRs who came out of the "Teacher Reassignment Center" after their cases were settled or completed and sent to a school this year, the geniuses at Tweed have incorrectly labeled them as still being "reassigned" and given a "N" rating (Not rated). It appears the incompetents in the Human Resources Department of Tweed failed, or didn't bother to update their teacher data files to eliminate the "reassignment" designation. How much is Tweed spending on Technology that is supposed to eliminate such simple and stupid errors? Yes, the DOE is spending $900 million dollars and they can't even get the most simple change right.

I know there may be some people who believe that the DOE did this purposefully and to let other principals know that the ATR was a "reassigned teacher". The proverbial "Scarlet Letter"when they apply for the vacant positions in the schools. However, I am not one of them. I believe that the uncaring and incompetent people who work at the DOE didn't bother to update their teacher files, despite spending hundreds of millions of dollars on Technology and have left it up to the teacher and the union to try to correct the problem that should never had to be one in the first place.

If you are an ATR at a school and received a rating sheet of "N" (not rated}, you must meet with the Principal ( I suggest take your Chapter Leader with you). The Principal will need to contact Human Resources for them to remove the automatically generated "N" rating so that the Principal can give the proper rating of "S" (satisfactory). If the Principal fails to follow through, call your District Representative, Borough President, and email Michael Mulgrew at mmulgrew@uft.org to advise him of the lack of resolution on the "N" rating issue.

Things like this should never happen. However, we are talking about the DOE, where Administrative bloat, staff incompetence, and the wasting of hundreds of thousands if not millions of dollars to consultants who don't even have approved or legal contracts are a common practice. Remember, it is Tweed first, and everybody else last.
Posted by Chaz at 3:41 PM

I wonder at some point if this can be taken out of the doe and through other legal channels...hmmnnnnnn

Wow! I would think these ATRs have suffered enough with false charges, fined, and disrespected, now this. Just like the DOE to do this to teachers.

With the rating of N and not S the member will not be able to do per session work.

That is not true. I know people who once they went to a school were offered per session work when nobody else wanted it. On the other hand, teachers returned to school cannot get a "N" which is the basis of this post.

This is not a comment about this posting. It is in reference to the posting about the N rating. I placed it here because I thought it would get more notice. According to a UFT rep with whom I met, an "internal" memorandum was circulated among the reps. It read that an ATR who was in a reassignment center, and then placed in a school, in the same school year, should have received 2 separate rating sheets: one as a reassigned teacher resulting in an N and one as a teacher (ATR) resulting in an S or a U depending on the principal's rating. It goes against the UFT not to have received 2 ratings. What this does for an ATR remains to be seen.

I'm not used to posting. I thought my comment above was going under the latest posting. That is why I prefaced it the way I did.