There Is No Truth To The Rumor That The ATR Weekly Assignments Will Change This School Year. 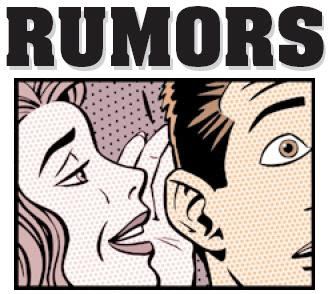 There has been persistent rumors floating around the schools that there will be changes to the ATR rotation this school year.  One rumor has the ATRs staying in a school for a month rather than a week; the other is that the ATRs will be forced placed in the second semester.  The rumors gained some credibility when Gotham Schools reported that the DOE and CSA made some changes to the ATR system for supervisors.  Here. Even principals who I have spoken with believe changes are being implemented presently. However, its sad to say that "none of these rumors are true"!  Where these rumors originated from, I could not tell you since I have received numerous calls and emails from various sources about the rumors. It seems to have a life of its own.

Therefore, to find out the truth I placed a call to the lead UFT official on the ATR committee, Special Representative Amy Arundell, and she informed me that the DOE is very happy with the ATR weekly rotation and there has been no meeting or one being planned to discuss changing the weekly rotation system.  Furthermore, Ms. Arundell believes that the DOE will be unwilling to change the ATR system until a reorganization of the DOE leadership and policies occur when Bill de Blasio takes office in January and that will take time.  Therefore, it will not be this school year that any changes to the ATR situation is expected.

Hopefully, when the UFT and the de Blasio Administration negotiates a new contract, the ATR situation will be resolved and for many of us it will be a bad memory of a secretive deal that ended up very badly for many of the members in the ATR pool.

For a more humorous take of what weekly rotating ATRs are experiencing go to the Traveling ATR blog.
Posted by Chaz at 4:42 PM

Thanks chaz for the info.

Keep up the good work Chaz. The teachers in this city need you. From a teacher that use to work with you at Jamaica High School

Great work Chaz, I can smell in the air a breath of freshness as the stench from this backwards administration leaves. For all the ATRs out there who have endured this horrendous system of rotation, I salute all and the lord has better days aHEAD for all.

That's too bad. I hate going from school to school weekly. I'm in an existential dystopia. Such a waste of talent and money.

Not only is the DOE happy w/ the ATR rotation, but most teachers ask me consistently 'how do i become an ATR?' with the way the doe is why would anyone want to be in one place? anonymity and apathy are keys to surviving and thriving in the doe and retiring with a great pension and tda account. it isn't about teaching anymore.

The ATR supervisors are the ones saying that the rotation is going to change. One of your commentors also said Ms. Arundell hinted at it. Do you really believe she would confirm it to you when she's not being forthcoming with the actual number of ATRs, the age discrimination and the lack of ATR representation by the union?

God point but I believe she was telling me the truth in this case.

An ATR returns to the classroom, and she is attacked by students in this middle school. The DOE blames the victim and the UFT gives minimal assistance. This is just the beginning of the story.

During the '11-'12 school year, I was assigned an ICT class with a significant number of students with behavioral problems. The students quickly realized that the response to their antics was anemic at best, with generally no consequences. I had begun making the administration aware that the behavior of the students was getting more and more dangerous as the lack of consequences was causing them to push the envelope, as 8th graders will. This culminated in a fight breaking out in my classroom, and two BIG 8th grade boys, running at full speed in the classroom, plowed into me, knocking me into the desks, chairs and the crate of books I was moving at the time. I was out on Line of Duty for seven months, during which I had surgery to repair my knee and four rounds of epidural steroid injections to ease pain from six herniated discs in my back and neck. I was SHOCKED when I was sent back to the same school, but went back with modifications and was given the Wilson reading program to teach for the '12-'13 school year.

This year, I was assigned full classes (though I have nothing in writing from my doctors lifting my accommodations and I am still being treated for injuries incurred as a result of the fall). I have two ICT classes that I see with NO second teacher, and the discipline in the building is virtually nonexistent, or too little to really make an impact on a school culture of complete disrespect and anarchy. The entire seventh grade has essentially declared war on me – I am subjected to continual race baiting, called “white bitch”, threatened with being beaten and/or shot on a daily basis. Students fight, threaten, use table legs as weapons, throw rocks, candy, and pens at me while I work with students, etc. I have been documenting and reporting these incidents DAILY to both my school administration and the UFT, with little to no response. I was terrified of being hurt again, and made this clear. My worst expectations were realized yesterday, when a student who had just been returned to my class after a Student Removal (she had sprayed perfume in my face), began a long racist diatribe about how she can do whatever she wants “to this damn white bitch and the school can’t do SHIT because it’s just a school. It ain’t no police or anything it’s a damn school and I am a child so I can do whatever the fuck I want to the white bitch. I’ve about had it with this bitch – she need her white ass kicked”. She then pushed between me and a table, used her body to shove me out of the way and knocked me to the floor. I was taken out of the building in an ambulance for the second time, and the injuries to my back are now aggravated and I am once again home in pain.

The union, outside of a brief call to tell me to make sure I fill out all the required forms, has said nothing, in spite of the fact that I had been up to the borough office TWICE in two weeks to tell them that I feel unsafe and fear for my health in the building. I am still waiting to see if they dare send me back to this school.