The Bloomberg Era "Gotcha System" Against Teachers Is Evident In The DOE/UFT Contract. 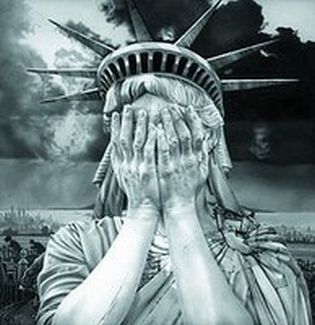 Its interesting how UFT President Michael Mulgrew, and Chancellor Carmen Farina really like each other and an outsider would think that the twelve year Bloomberg Era of teacher bashing is a thing of the past.  However, the truth is that nothing has changed at the DOE.  The anti-teacher attitude is evident when one looks at the Absent Teacher Reserve (ATR) section of the Memorandum of Agreement (MOA) in which "special provisions" are now part of the contract with regard to the ATRs.  Moreover, for ATRs who won their 3020-a termination hearings, the DOE preservers their right to refuse to offer them an interview for a "provisional vacancy" or  long-term leave replacement. This is a DOE imposed "caste system" that no self-respecting union would ever allow except ours did.

The Chancellor's failure to "clean house" at the DOE has allowed most of the Bloomberg Era DOE negotiators and policy makers to stay in place.  The result is an anti-teacher bias that continues to permeate throughout the DOE and is quite evident when looking at the MOA.   For example there's no reduction of class sizes, no change in the termination process of the teacher evaluation system, a failure to eliminate the "fair student funding" that encourages principals to hire the "cheapest" and not the "best teachers" and there is no protection against incompetent or vindictive principals.  Furthermore, there's little quantitative actions in the MOA that makes the classroom environment any less hostile than in the Bloomberg years.

As bad as it may seem for the appointed teachers, the new UFT/DOE contract diminishes the "due process rights" for the ATRs.  First, it allows unscrupulous or vindictive principals to cite the vaguely defined "unprofessional conduct" as a basis for pushing the ATR into an expedited one-day 3020-a hearing.  Second, the ATRs can be "forced placed" as principals can decide to hire an ATR for a "provisional appointment" or long-term leave replacement, despite the ATR not wanting to fill the position.  In other words, there's no "mutual consent" as there is for appointed teachers.  Third, if an ATR misses two mandatory interviews in a year,the ATR will have voluntarily resigned and taken off the DOE payroll.  Finally if an ATR fails to show up to a job placement after two days, they will have assumed to have  voluntarily resigned in that case as well.  No such provision is in place for appointed teachers.  It needs to be said that once the two year ATR agreement lapses, will the DOE continue to exempt the ATRs from the "fair student funding" or forces schools to pick up their salaries?  Who knows?

For ATRs who won their 3020-a termination hearings, the DOE reserves the right not to offer them mandatory interviews or "provisional vacancies" if they were fined $2,000 or more, suspended for 30 days or longer, or took a stipulation.  The DOE has decided that these teachers are guilty of what the DOE charged them with despite the decision of the independent arbitrator after hearing the DOE evidence or lack of such evidence that supported the charges.  Moreover, there is no time limit that the DOE can go back to place these teachers in this category.  That's right they can go back a decade or more for teachers who went through their 3020-a process.  This group has even more diminished rights and will stay in the ATR rotation.

The result is a three tiered teaching system that hurts "unionism" and that no union should ever should accept.  Only the DOE, with its Bloomberg Era anti-teacher bias would propose such a caste system and how the UFT could agree to this is a disgrace. Shame on our union to allow for this travesty and betraying the ATRs to different rules than for other teachers.  Please read Jeff Kaufman's terrific article  on the ICEUFT blog dealing with the ATR issue.  In addition,  another "must read" article on the ICEUFT blog is  James Eterno's insightful analysis of the ATR situation.

ATR status and 3020 hearing can happen to any teacher. Good, bad, guilty, innocent, it doesn't matter. Any teacher that votes for this contract is a fool.

engthAg 165The separate and unequal provisions on ATRs in the new contract gives added meaning to Amy Arundell's famous saying at the October 2012 Brooklyn Borough meeting when she emphatically declared that she was "Gestapo" re "ATR rights." Will she and Mike Sill, another UFT useful idiot, dare to meet with us to defend this latest atrocity? Just asking.

ATR said:
"I've said it once, and I'll say it again: File a class action law suit comprised of all ATR's that care.
...It's that simple.

We need to vote NO on this contract. The union does not look out for our interests. We need to tell union and city to stop disrespecting us and shove the contract right back in their faces.

Vote out unity.....anyone will be better than Amy and the two Mikes.

The ATR attack is an attack against all teachers, is the first step agreement with the Union to do away with TENURE. Tenure was fought for the right to academic freedom, which gives the right to disagreed politically with the administration and the Union, without getting fired.
With this new contract the Union and the members if they vote yes, will give away this right. What was not done with Guliani and Bllomberg two ultra conservatives , now is being done with a liberal de Blasio and the liberal Cuomo.
Two faces of the same coin. VOTE NO!

The expediated dismissal process is also a way of circumventing tenure protection. No teacher should vote for this contract. If you do you are weakening your tenure rights and putting yourself in potential jeopardy in the future.
As for the money, it's an illusion. Those increases only match inflation. As for the $1000, that comes to less than a dollar a day since the contract expired. When you consider taxes, it's much less than lunch money. Why sell out your profession and future for that?

My chapter leader at my building is really pushing the contract, especially to the newer teachers which comprise about 75% of our force at the bldg. the other schools on my campus are doing the same thing with their chapter leaders. Looks like majority will vote yes at my huge campus of 6 schools. I cannot see this contract being voted down.

We should have seen the writing on the wall when the union allowed the DOE to illegally observe ATR's. Vote No to this contract.

The biggest problem of all is getting the message out to ALL UFT members and quickly. We can sit here and blog all day. If you want to have an impact to really stop this thing dead in the water, you have to get in touch with the members and warn them. They are going to try to pass this thing quickly before people haw a chance to understand it. People, we are out of time.