In The DOE Its Still Cronyism Over Competence. 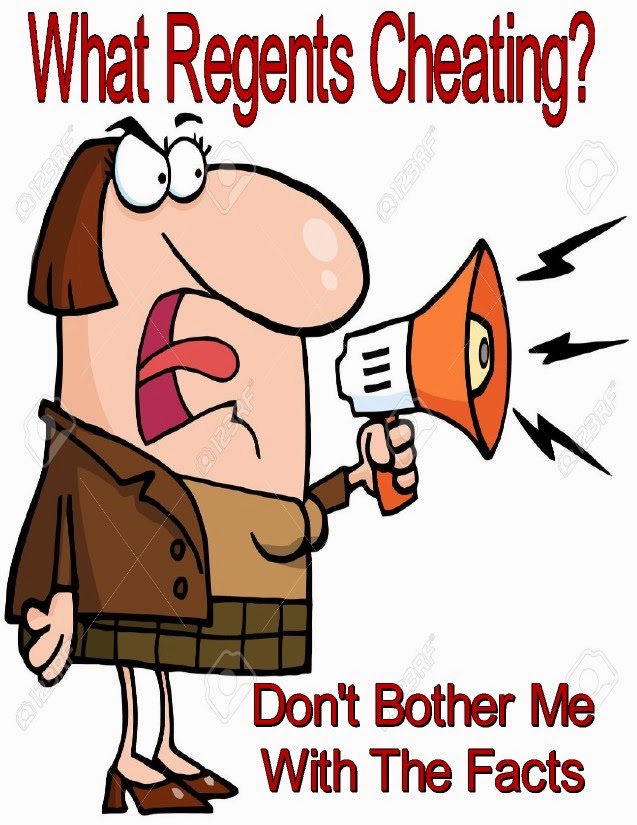 Mayor Bill de Blaio announced earlier in the week the appointment of Aimee Horowitz as the new Executive Superintendent of the School Renewal Program.  While the Mayor and other politicians gave Ms. Horowitz glowing acclaim, there is another, darker side to Aimee Horowitz.

Back in 2013, Aimee Horowitz was Superintendent of District 20 and participated in the discontinuance of a untenured teacher who had tried to inform the Superintendent of Regents cheating at her Brooklyn High School.   While a Superintendent's job is to discontinue teachers without tenure that don't measure up, this one was different.   This teacher was a whistle blower and was being retaliated against. The teacher had cc'd the Superintendent on the letters she wrote to the Principal detailing the Regents cheating she observed and reported to the Assistant Principal.  Yet, the teacher was never contacted by Aimee Horowitz, despite the seriousness of the accusations.  You can read the teacher's story Here.

To make matters worse, the untenured teacher was told by the Principal that the Superintendent was not only going to discontinue the teacher but would recommend to the State to go after her license for "professional misconduct".  I guess for being a whistle blower.   In fact, in the discontinuance letter signed by Aimee Horowitz to the teacher, the Superintendent wrote that she will recommend a C-31 which is a license revocation action which was apparently dropped right before the Office of Appeals and Review hearing when the DOE knew they could not prove there was any teacher misconduct.  Interestingly, SCI become involved after the NY Post published an article on the case and did do an investigation which substantiated that Regents cheating did occur.  However, the report has not been issued or even completed and nobody knows who was found to have participated in the Regents cheating scandal.  However, the administrators are still in their positions at the high school.  By the way, SCI failed to interview the untenured teacher which is quite puzzling since she was the one who blew the whistle on the Regents cheating in the first place.

The untenured teacher filed an Article 78 and had a process server give a subpena to Superintendent Aimee Horowitz.  Instead of being a professional and accept the subpena, she had a "hissy fit" and refused to accept the subpena from the server and had to be restrained by her assistant.  The subpena had to be mailed to her.

You would think as a Superintendent, when a Regents cheating complaint was mailed to your office, you would have at least interviewed the teacher to determine the seriousness of the allegation and see what action needs to be taken.  Instead Superintendent Horowitz chose to let the Principal handle it.  Yes, the very same Principal that might have been complicit in the Regents cheating scandal.  When a high UFT official spoke to the Superintendent about the teacher and the charges , Aimee Horowitz allegedly told the UFT official that its her job to support her principals and their decisions.  Obviously, the truth is not as important to Aimee Horowitz then closing ranks to protect her principals at the expense of the students and staff at the schools she supervised.

To me, a true professional would investigate the accusations, fairly evaluate complaints and take action when deemed necessary.  Unfortunately, Aimee Horowitz appears lacking in that expertize. However, it didn't stop her from being promoted.  Now that she is in charge of the NYC Renewal schools, I feel sorry for the staff, especially the teachers.  It appears that cronyism still rules at the DOE at the expense of competence and the losers are the NYC schools.
Posted by Chaz at 6:25 PM

If tenure is abolished in NYS, would that affect all teachers (ie: tenured ATRs) or just new, un-tenured teachers. Your thoughts...

I was talking to an AP yesterday and was told all regent exams are being replaced with common core exams next year. I don't know if that's true, but it put things in a certain perspective. I have to say my opinion of Farina and DeBlasio has completely changed - I like both very much. Unfortunately, my opinion of Mulgrew and Weingarten has gotten worse, if that's possible.

chaz, you're the man!

Keep up the good work and continue exposing the cronyism at the DOE.

Brava to this whistleblower. As an unprotected probie, she risked her career to stop the cheating and everybody else in the chain violated city law (Mayoral Executive Order 16) and SCI’s Reporting Obligations stating that all DOE employees: “shall have the affirmative obligation to report, directly and without undue delay, to the Special Commissioner of Investigation, any and all information concerning conduct which they know or should reasonably know may involve corrupt or other criminal activity …”

Scrubbing Regents exams was called the DOE’s dirty little secret. But there was and remains an even filthier aspect to the tampering, that is, the corruption of the school cops, specifically SCI, as illustrated in today’s post. They would rather cover-up than disclose wrongdoing in management. Steven Levitt’s wrote in Freakonomics that “teacher cheating is rarely looked for, hardly ever detected, and just about never punished.” That’s because folks at the top like Chancellor Farina and Special Commissioner of Investigation Richard Condon have no interest in exposing the extent of Regents cheating which would only bring disgrace upon themselves for doing nothing to end it.

By coincidence, SCI probed Farina in 2007 for her alleged role in covering up Regents cheating at the Cobble Hill School of American Studies. The OSI Investigator substantiated the original cheating allegations against the AP and cover-up by the Principal and LIS, but could not squeeze a confession out of Farina, who superintended Cobble Hill until ascending to Deputy Chancellor in 2004. Later, the investigator testified to SCI that Farina lied to him when she claimed that she couldn’t “remember” anything about what she knew and when she knew it. How odd for a woman reputed for her memory!

Anyhow Condon’s team was professionally and ethically bound to look diligently at the possibility that the now retired Deputy Chancellor, whose duty it was to guarantee the bona fides of the city’s Regents scores, had been a lying cheat herself. Although Farina was the paramount person of interest in SCI’s review of the case, her interview was compressed into 140 words with no quotes from the transcripts. Whatever she swore was summed up in a single uninformative sentence: “She denied any knowledge of the complaint about cheating at Cobble Hill.
Cronyism: QED

And by the way, cell phones don't make it far into my high school at all. The leadership told kids they can certainly bring their phones "in" to school, but then they are collected and stored till end of day. So funny they tricked the dumb kids and the chancellor. Plenty of schools are doing this as each schools' administration was given power to set the tone.

Not in the high school I'm in; it's a complete nightmare. Each of the 8 schools in the building have allowed the kids full access at all times.

Hi Chaz,
On another blog someone commented on retiring at 54 with terminal leave. What exactly is that and how does it work? Thanks.

Terminal leave allows you to stay on payroll until you exhaust your CAR (two for one).

For example if you have 50 days in your CAR at your retirement date. You can take the next 25 school days after you retire as if you are still on the payroll.

To 1:42,
I'll be retiring at 55 also. I don't consider 1/2 my salary to be a MONSTER pension, or even an adequate one. My TDA is also adequate, in that I don't want to be eating Alpo when I'm 80. I'd prefer to teach, and can't stand being an ATR. I don't see the union doing anything to get us back into the classroom. I have children so I'll have to find another job to supplement my pension. When I hear someone saying nonsense like that I know they aren't a teacher. I wish it were true. Yeah, I'll be livin large riding my Hyundai to my post retirement security guard position.

The regents exams are BECOMING common core; math and english already are such. social studies will become two exams. They are working on an alternative for one of the non english/ math exams. The exams are necessary when grades are given out for " free ".

I see you were 51 when you wrote this. I hope you actually retired at age 55 LOL. I took terminal on April 1st 2019. The boss thought it was a prank. She never submitted the request. She ran around all day to correct that one. Retired since my birthday at the end of 8/2019.