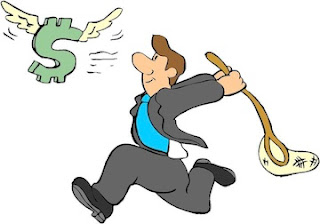 I have been getting far too many inquires about how much lump sum retro payments are we getting this October?  Unfortunately,  the answer is we are not getting any retro lump sum payments this year.  That's right, despite the City having a 6 billion dollar surplus, our union drank the City Kool-ade of having no money and agreed to skip the 2016 retro lump sum payment to 2017 to save the City money.

This is not the only thing that our union leadership decided to put the City's interests ahead of their members.  They allowed the City to extend our contract 45 days to pay for all the larger than expected retirements in June 2014 rather than have the City use their budget surplus.  Moreover, they agreed to give a vastly inferior contract of a 10% raise for 7.12 years or a 1.40% yearly increase in our base pay and made enemies of many of our fellow unions, especially the uniformed unions who realized it became a "City pattern" and were stuck with a contract short on money and long on years.  In addition, our health  benefits became more expensive with just about all co-payments rose dramatically and using a hospital emergency room becoming prohibitive.  Finally, our union was the only one to allow "givebacks" that made ATRs second class citizens with reduced due process rights.

If you want your retro lump sum  payments in the future than please don't do the following.  Resign, get terminated, take a leave without pay for that year (including maternity leave), or die.  Please read my "winners and losers" post.  It certainly appears that our union leadership care more about what's best for the City than what's best for our their members.  So remember, when you get your October 15th 2016 check and it doesn't include any retro money money, that's because, our union leadership cared more about what the City wanted then their own members.and that's why you are not getting a lump sum retro payment this year.
Posted by Chaz at 4:08 PM

What part of our crappy contract negotiated by are corrupt, incompetent union do they not understand?

Chaz you are 100% right. The union short changed us on this contract. The city is sitting on a ton of cash and Mulgrew said the cup is bare. Our contract was amended to our detriment but never to our benefit. Thanks Chaz for your efforts in keeping these villains honest.

I like your suggestion about not dying. Maybe you should write a column suggesting ways to not die. Maybe it should be a book. Just don't your blog readers when you're being interviewed on the Today show. Remember, we gave you your start.

I honestly can't believe that there are teachers out there who did not know we were not getting a lump sum payment this October. It literally is unbelievable to me. To be honest, I would not want any of these teachers teaching my own children. How can one be a teacher and not know the very basics of the payment schedule - whether one likes it or doesn't like it - that is directly tied to their own financial situation. What does this show about how much they are in tune to what is happening outside the subjects they teach or what is happening in current affairs. I'm sorry, but no one is going to convince me otherwise. Yes Chaz, I am sure there are many who are asking you about this and it's a shame because the reality is the salary schedule and lump sum payment schedule is plastered all over the internet with a simple search. It's embarrassing that some teachers still think they are getting a payment this October - EMBARRASSING!

Embarrassing is when a UFT rep tells the teachers that they are getting a lump sum retro payment in October. Shouldn't the UFT reps know the contract that they convinced UFT members to vote yes for. As a payroll secretary I had to vlear up the mess the UFT rep created. All the teachers were asking whether the retro was coming in s seperate check and how much they were getting. The UFT screwed everybody. No retro this year and only God knows if the City will claim poverty in 2017 and Mulgrew will believe the shit and tell us to swallow it because retro isn't s God given right. Mulgrew probably got all his retrp upfront. That was probably part of the deal if he could get everone to vote yes on this piece of grap of what Mulgrew calls a great contract. We are going to the bank every couple of years. Wait until the next mayor. If we thought Bloomberg screwed us wait until the next mayor. If we ever get hit with another Sandy the City will definitely claim poverty and we won't see a penny of our retro at all. We're lucky we got the first 12 1/2 percent.

Seriously, I became friendly with a very nice guy who happens to be an ATR at my high school. He has a great personality and the kids actually enjoy him. I mentioned to the principal since I have s good relationship. The principal said literally, don't even go there, I can't afford him. I was pretty stunned. That's really terrible.

I agree with comment 8 36 in that it is sad that people are asking the question of where is the lump sum payment. I mean a simple search on chaz site will reveal schedule. No wonder organizations like students first and all the billionaires want our blood

A little known pension perk available only to New York City teachers cost taxpayers an astonishing $1.2 billion last year, a watchdog group reported Wednesday.
The sweet deal guarantees that teachers who sock away money for retirement in a special Tax Deferred Annuity (TDA) receive a 7 percent annual return. In stark contrast, banks currently pay depositors just 1 percent or less on most savings accounts.
And city taxpayers are the de facto guarantors for the high rate of return — on the hook to make up the difference if the annuity falls short of the guarantee.
Knowing a good thing when they see it, increasing numbers of teachers are stashing their cash in the no-lose annuity, the Citizens Budget Commission found.
It said that there are now 137,000 participants in the plan, including 51,000 retirees. But only 3,000 are drawing on their funds.
The rest, according to the commission, are watching their nest eggs grow at a fixed rate available to no other city employee.
And that’s over and above the teachers’ regular pensions.
“You don’t get a guaranteed rate of return with your 401(k). But teachers do” in that special annuity, said CBC research director Charles Brecher.
“It’s a good, positive math lesson for teachers. It’s a bad, negative math lesson for taxpayers. The teachers get this huge taxpayer subsidy. The city should treat the teachers like everyone else.”
Former city labor director James Hanley said the guaranteed 7 percent — which he negotiated down from 8.25 percent in 2009 — is indefensible.
“Nobody else has such a system. This is a little ridiculous. It’s tough to sustain in the long term,” Hanley warned.
The annuity is a voluntary program to supplement traditional government pensions.
Other city employees have them — without the guaranteed 7 percent return.
The sweet deal kicked in when the state Legislature in 1988 allowed teachers to designate all or part of their pension contributions to the fixed-return fund, which at that time was paying 8.25 percent, then close to the return of federal-government bonds.
After the 2008 stock-market crash, the fixed-rate option grew in popularity. In 2007, the annuity fund stood at $7.4 billion. Last year, it held $18.7 billion.
Taxpayer subsidies have also grown, from $238 million in 2007 to $1.2 billion last year.
The CBC urged the city to end the 7 percent guarantee, particularly for new hires.
The CBC pointed out that while government pensions are protected by the state Constitution, the annuity isn’t.
Any changes would require taking on the powerful teachers union.
Mike Mugrew , president of the United Federation of Teachers, argued that taxpayers have actually come out ahead.
“The CBC report neglects to mention that over the last 25 years, the city has actually made a profit from this fund, since its investment returns over that period have exceeded the guaranteed rate of return promised by the TDA,” he said.
Mayor de Blasio’s office had no immediate comment.

Thanks for the information. I will use some of it in my next post.

Its truly amazing how the NY Post is writing this article and they will print anything to try and convince the public that teachers are their biggest enemy and teachers are stealing billions from tax payers. This is the sad truth with publications like the NY Post which is foreign owned by the Murdock family who are the trash of all trash family. They will stoop as low as they can go to push their agenda and once upon a time there was a law that stated NO FOREIGN OWNERSHIP OF MEDIA - I remember reading as a kid the newspapers from Europe and I remember being astounded that the papers were filthy trash garbage papers with nudity and slime ball journalism. Well, we have it here now in our home town - the NY Post

That is what our stupid union agreed to. Anyone who resigned or fired, wouldn"t receive a penny of the retro once they resigned. A person that is on a leave will receive their retro when they return.