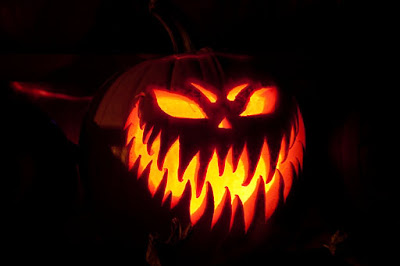 As we approach Halloween, its "trick or treat" time for the kiddies.  However, when it comes to the New York City Public Schools, its all about tricking the students and their parents rather than treating them to a good education. Thanks to the DOE and Chancellor Carmen Farina, the schools remain underfunded, short on teachers, and continue to have the largest class sizes in the State.  Here are some villainous actions the schools and the DOE has done to their students.

A middle school in District 24, with a significant immigrant population from Latin America had hired provisionally a bilingual ATR guidance counselor to service this needy population.  The guidance counselor has loads of experience and her ESL extension on her license gave her the ability to better serve the students and their parents.  The Principal, rather than hire this person, hired a friend of the Principal's sister instead.  The "newbie" has no school experience, is not fluent in Spanish and has no bilingual extension.  The joke is on the students because its what's best for the Principal and not for her neediest students.

A high achieving high school in District 28 found out that the DOE will no longer pay for the "sixth period" classes  and the school would need to pay for them out of their own budget.  The Principal's response?  He eliminated all Science Advanced Placement courses and reduced electives to save on teacher hiring.  The riddle is how can these high achieving students, having fewer options, can advance in their field of interest and help their college ambitions? 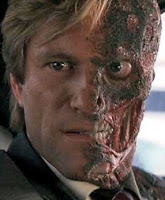 A high school in District 29, that saw an exodus of over 50% of their staff this school year, had a 0% passing rate in Regents Chemistry,  The Principal decided to hire a Physics teacher who hasn't quite mastered to English language to teach two classes of Regents Physics and one class of Advanced Placement Physics.  Quite a trick to expect students who couldn't pass Chemistry to pass the much harder Physics Regents. Moreover, this school needed twice as many over the counter students as the other schools in the campus just to stay afloat  More level 1 students and higher level courses is a two-faced policy that's doomed to fail.

This high school in District 24 is known for an infamous Principal that has one of the lowest staff trust factors in Queens.  She targets veteran teachers and has numerous investigations dealing with her running of her struggling school.  She is poison to ATRs who dare complain about the school,   I have been told that 5 ATRs were subject to discipline in the first semester last year alone..  This school made the papers for academic fraud, financial mismanagement, and age discrimination. Yet, the DOE refuses to take action against this Principal.  How this situation is good for student academic achievement is beyond me and she is poison to any teacher who dares to fight back.

The bloated Renewal School administrative staff, led by Superintendent Amiee Horowitz who are moistly rejects due to discipline or poor performance in their previous positions.  This high salaried staff provides little leadership to the Renewal schools but demand accountability to show improvement while not being held accountable themselves.

The DOE claims that they must essentially freeze school budgets and keep the schools underfunded  They only give the schools 89% of Fair Student Funding and even when they grant the schools a measly 3% raise, they take things away like forcing the schools to self fund a "sixth period" that eats up the increase.  Yet the DOE budget has increased by 54% since 2008 as they must pay for a bloated bureaucracy and questionable consultant services.  As the students suffer from lack of resources and large class sizes that hurt academic achievement, the DOE says "feed me more"!

The entire DOE is an ever continuing horror story.

THe DOE is filled with people from all the boroughs of nyc who once walked the streets of the city. NOw these goons fill the positions at tweed and the result is a dysfunctional organization that treats its employees like shit especially atr people. Its a scary notion to have to work for an organization for which one has no idea how this organization operates. One only knows that the organization is one very dangerous, malfunctioning blob of crap that plays with their employees heads and never seems to do the RIGHT THING.


BEST TEACHERS IN THE COUNTRY ARE IN PUBLIC SCHOOLS!!!
Charter charter charter charter that is all we hear about yet these fake bastards are the parasites of society sucking away at our overall effectiveness of educating our youth. Remember people when there is money to be made people will go to any extreme, lying, manipulating, changing, stressing, accusing, hiding, pretending and the list goes on and on. Money is the ROOT to all evil and money is at the root here because true educators know that these so called “charter schools” are a complete sham for parasites to suck monies from our public schools and any where else. Charter schools have long been the minor leagues to public schools and now the minor leagues want to become the big leagues but with minor league players. The country’s greatest and brightest educators are concentrated in public schools and no where else. Yes, private schools employ some great educators but think about it the most talented human beings in this country who are educators are in public schools!!! Teachers, guidance counselors, social workers, special education teachers, para professionals – one can find the best of the best in our public schools!!! The charter schools are trying to convince everyone that their schools are superior using 1 or 2 year educators!! And, the best part is that most of the charter school educators leave after a year or two realizing the sham and the petty pay let alone no pensions or medical or nothing…….yet these charter school parasites want everyone to think that charter schools – or minor league schools are on the same field as the major leagues….not so….and any intelligent person who focuses just a bit would see this after the smoke and mirrors make for a clear vision.

I have a hell of a lot more respect for an independent ly run charter school than the DOE. Many of the teachers and staff at the charter schools were once DOE employees and are forced to work at charters cause they have no where else to go.

You're correct. Charter and private school teachers jump to public school when given the chance.

Post the picture of that Drunkard Dwarka ..... the evil rag. And tell the truth about her....that's scary stuff dude!

Too scary to show here but look under my "bad principals" section for the picture.

love the post. I intend to show it to my colleagues on Monday. Ha, ha.

Dwarka runs the school like her own business, she does whatever she wants with the blessing of the Queens UFT office.