Just Another Example Of A DOE Official Being Stupid. 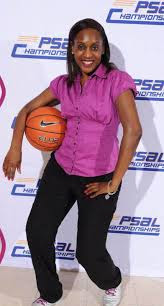 For teachers in the trenches, we all know that the DOE proposes policies and programs that has a negative impact on schools.  Be it tight school budgets (86% funded) while the City has a 6 billion dollar surplus and more money is being used by the bloated DOE Central Bureaucracy at the expense of the schools and their students. Now we have another example how a top DOE official ignored pleas from two Jewish coaches and refused to reschedule games slated for the eve of the Jewish high holy day of Yum Kippur.

The DOE official is Brenda Morgan, sports coordinator of the PSAL told both coaches that they either get a qualified replacement or forfeit the game.  The entire story can be found in today's New York Post. Apparently, the PSAL has showed little sympathy for students and coaches like in 2011 when the PSAL forced sixteen girls volleyball teams to forfeit their season opener and six the first two games because they were unable to send the PSAL a final roster one week before the season began.   Who was in charge you ask?  Why it was the very same Brenda Morgan who penalized the students since the previous commissioner allowed the schools to submit a completed roster as late as the day of the season opener because it was difficult for the schools to allocate the necessary gym time before schools officially opened to make the girls eligible for league play.

Apparently Brenda Morgan is more interested in upholding the rules and cares little about the hardship to coaches and their players.  As a decade long coach I was fortunate enough to have a commissioner who would work with the coaches and a forfeit was a rare occurrence, usually because of a lack of eligible players.  My Commissioner was more interested in making sure the games get played and if that meant bending the rules, so be it.  Unfortunately, the Brenda Morgan's of the world at the PSAL are sticklers for the rules and if it causes a forfeit and hurts the players?  Well, that's just too bad.

The good news is that the bad publicity and the article in the New York Post about her made Brenda Morgan reconsider her terrible decision and has reluctantly agreed to postpone (reschedule?) the games. Maybe Ms. Morgan should be reminded that it's children first...Always.
Posted by Chaz at 10:36 AM

Children first indeed. How many of the players on these teams observe Yom Kippur?

Obviously, you were never a coach.

There is a special bond between player and coach and when their coach is unavailable it hurts the team and the players individually. Few players want to play the game without their coach. These coaches are adult role models to the players and surrogate parents to many.

Your comment about the players not being Jewish smacks of ignorance or even worse.

My VP was yelling at me on Friday demanding an explanation for the Jewish High Holy Days and informing me that Rosh Hashanah is only one day. She happens to be the Affirmative Action Officer in the building. Her insensitivity to religious difference is remarkable.

Chaz, what sport/sports did you used to coach, and who was the commissioner when you coached, was it Artie Leitner by any chance?

That is why they call it the Pathetically Stupid Athletic League.

I noticed that Chaz didn't bother to respond to your question. Probably because he suspects you're a PSAL supervisor and not worthy of a response.

The tough person hiding behind the Anonymous pseudonym @2:46 PM.

WTF does it matter whether or not Chaz coached? The bigger question is why the PSAL sees fit to schedule games which conflict with Yom Kippur.

Bronx Teacher and Anon 9:42, I love it how you called me out. I am no PSAL supervisor, I am a phys ed teacher who has been reading Chaz for years and thinks the world of him. I don't ever remember him talking about sports, phys ed, or coaching before, so I was curious. I am Jewish myself, as is Artie Leitner who used to work at Kutcher's Sports Academy when I was a camper there.

I coached girls soccer for a decade and also both soccer and girls bowling as well. That's the reason I know how close players are to their coaches and when you penalize the coach you hurt the students as well.

Early in my blogging career I did write an article about a basketball coach who let one of his players score 113 points and won the game by 105 points. I believe it was Murray Bergtraum and the player *Epiphany Prince) is now in the WNBA. Moreover, I did write a story about my failure to attract Latina girls into organized sports. You can find it below.

The other article is below as well.

oops; it was boys soccer not soccer and girls bowling

Wow I went to Kutshers Sports Academy from 1990-1994. Never lost in color war, top tennis player there . I teach Pe in bronx. That's too funny

All we people, but not the robots. All we have a right to make mistakes. But when we are talking about DOE it's should not be at all. We need be fully confident in all their expressions or movement - we should believe in them completely. But such situations don't give us this right, instead, we should all keep an eye out for them. Agree, it's the difficult situation, but from each, there is the way out. Fortunately, I have one educational site(rated essay writing services) that has never let me down. If I have any problem, I will refer to pros in their field.