The DOE's Claim They Are Draining The ATR Pool Is Really A Slow Leak. 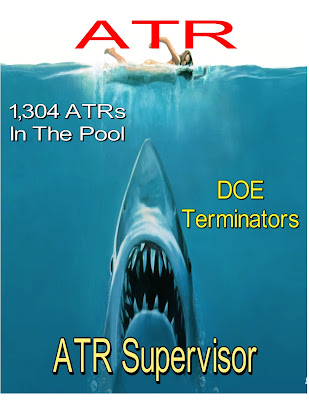 The DOE finally published the October ATR pool total of 1,306 and it was much higher than the September value of 1,167.  This is a 12% increase over the beginning of the school year after the schools had to complete their excessing of staff last week.  Moreover, this number does not include ATRs who are covering provisional and long-term leave replacements that probably number in the many hundreds.  Despite the DOE claim that they are draining the ATR pool, It's a very slow drain at best and is not based on ATRs finding positions but due to retirements, terminations (thanks to the abusive field supervisors), and resignations.  If you take away the 97 ATRs who took the 2014 buyout, the DOE's claim of a 21% reduction in ATRs since 2013 is much more like 16%.

The reason the DOE is unable to eliminate the ATR pool is of their own making, steeped in the Bloomberg/Klein ideology of getting rid of veteran teachers and their "education on the cheap" program.  Since the Civil Service laws of the State requires the DOE to layoff based on total seniority under "first in, last out".  They cannot simply impose a time limit on the ATRs who average 23 years of experience and are immune to be laid off if such a mass layoff was required by the DOE.

Instead the DOE and their media allies, along with the education reform organizations will continue the fiction that ATRs are "unwanted" or "poorly-performing" teachers when the real reason is the school based "fair student funding" (fsf) formula that penalizes schools who hire veteran teachers and forces principals to "hire the cheapest and not the best teachers" for their schools.  To make matters worse, the DOE only funds the schools at 86% of their fsf. and will only rise to 92% next school year. Add that to the ever increasing number of Leadership Academy principals (~25%) running the schools and you can see that their staff consists of untenured or "newbie" teachers for the most part.

It would be nice if our disconnected union leadership would explain to the media why ATRs are not being picked up for permanent positions because of the policies the DOE employ that discourage schools from hiring veteran teachers.  Instead our union leaders stay quiet and let the general public believe that the ATRs are "bad teachers" and that's just not right.
Posted by Chaz at 8:04 PM

UFT, same corruption that the DOE and Fariña.

Gadzooks! Takin' out my swimsuit because it's smooth sailin' till summer. What a gig. No workin' nights or even weekends. Not even one night or weekend. Teaching is such cake. Did I say cushy? Oh yeah, it is cushy too. Yeah the pay is low but there is no rent here in mom's basement and I pay no taxes with my secret plan. So it is fat city for me. Ta Ta for now.