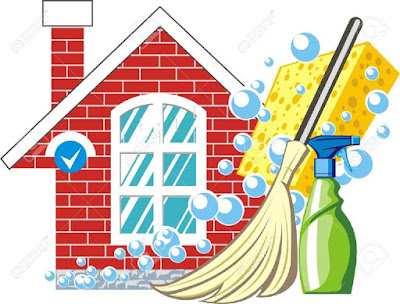 Chancellor Richard Carranza was appointed in April and will be in office for five months.  Time enough to get a feel of the New York City school system and more importantly, the abilities of the top administrators at Tweed.  Hopefully, the new Chancellor will "clean house" and erase the Bloomberg ideology that permeates the DOE.  Something that Carmen Farina failed to do as Chancellor.

In the Newark schools the new Superintendent decided to "clean house" by removing 31 top administrators so that he could change the ideology of the Board of Education which was run by the State and by Joel Klein proteges, Cami Anderson and Christopher Cert. Many of the top administrators under the previous administration were "outsiders" who were sympathetic to education reform.  You can read it Here.

Let's hope that Chancellor Richard Carranza follows the example of the Newark Superintendent, Roger Leon and not Carmen Farina who failed to "clean house"  and allowed the anti-teacher Bloomberg ideology to continue under her tenure.

If you read every Carranza quote in local newspapers, you will not find a single reference to education. Everything Carranza says is about social justice, increasing diversity, helping black and brown students, nixing entrance exams to elite highly academic schools to allow more access to black and brown students, etc. This guy apparently majored in social justice squared. No wonder he & Dumblasio are such bosom buddies; they are both straight-out commies in thought and deed, brothers from another mother. I highly doubt that Carranza will clean house of toxic Bloomberg policies. He is way too focused on "increasing diversity" to even look up and see anything else wrong with the DOE. If anything, I fully expect more destructive measures taken by this guy in the name of "equality". This may also show up as changes in hiring practices, to hire fewer white teachers and more Hispanic and black teachers.

What is the ideology of the new chancellor?

The sooner the better!!!

I heard a rumor that DOE’s Office of Labor Relations has been determining Step 2 grievances, signing them “Richard A. Carranza,” and then initialing the signature “KS.”

Rumor also has it that the person doing this is the Director of Labor Relations, Karen Solimando, Esq.

Chancellor Carranza ought to read the grievance decisions personally, and only approve and sign them if he actually agrees with them.

He will learn a lot about how UFT members get along with CSA members.

Carranza really needs to clean house. This can not be understated. The NYCDOE is run like the NY Mets and that is with such dysfunction it boggles the mind. A new start with some real educators can bring the NYCDOE back to cutting edge education without this reformy nonsense in the way.

sure HE will clean up the system... "the check is in the mail, this wont hurt, and I promise not to @#% in your mouth"

It is needed because the investigators do not inveetigate, and the gotcha squad is out of control

Maybe he need to sttart with Dwarka bringing the school to the ground.