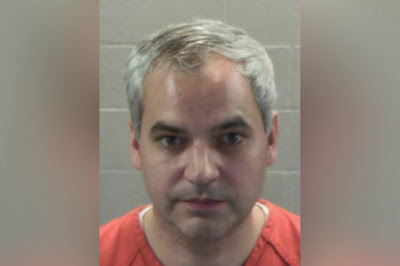 Chancellor Richard Carranza selected as his Deputy Chief of staff David Hay, despite the DOE not fully vetting him.  It turns out that David Hay was arrested in Wisconsin for arraigning for a sexual tryst with a 14 year old boy.  Read the New York Post article Here.

This follows the abrupt resignation of Richard Carranza's protege, Abram Jimenez, tapped as  “senior executive director for continuous school improvement”. only two weeks into the school year.  Mr Jimenez was also not fully vetted by the DOE despite his high level position.  He was found to have alleged financial mismanagement and was forced to quit as an Assistant Principal.  Moreover, as a teacher he accepted a three year probation for inappropriate comments to students, including sexual innuendoes and threatening behavior.

Then there is Carranza appointed Bronx Executive Superintendent, Meisha Porter, who organized and raised funds from subordinates for a lavish party celebrating her birthday and August 2018 promotion by Carranza, which apparently violated the Chancellor's conflict of interest rules. It appears SCI, while notified of the lavish party, chose not to investigate.  You can read the entire story Here.  Did the Chancellor take appropriate action and fire her?  Of course not.

Finally, there is the deep seated academic fraud that exists in the DOE that the Chancellor refuses to address and even protects the perpetrators Here.
Posted by Chaz at 12:06 AM

David spells his last name "Hay" and not "Hoy."

The detailed vetting should have been completed by the Department of Investigation.

Someone was asleep at the wheel for there to have been "an inherited set of approximately 6,000 backlogged background files."

Considering Carranza is not qualified for his position, does anyone expect him to choose qualified cronies?

I do not know how this news does not cause a bigger uproar! In addition to his other questionable appointees, this does call to question Carranza's sense of morality, experience, judgment, objectives, etc.

I need to retire.

He likes to hire mostly only other latinos.

Of course no one will accuse this "anti-white supremacy" crusader as racist!

I wonder when social justice warriors are going to try and end Mexican supremacy in Mexico, or end the Chinese male patriarchy in China, or end African-American toxic masculinity, well you get the point.