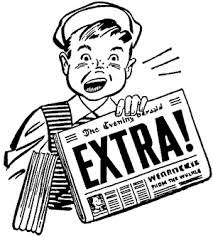 Governor Andrew Cuomo has buried in his proposed budget an expansion of the charter cap in New York City. This shows that the Governor is still beholden to the Chharter industry and their education reform supporters despite his claims that he supports public education in the State..

Buried in budget documents released late Tuesday was a proposal to make room for more charter schools in New York City. In 2015, the state set a limit on how many charter schools could open in New York City in the years ahead: 50. Authorizers hit that cap last year. But the total number of charters available has actually been slightly higher, since a 2017 deal allowed authorizers to reissue 22 charters originally issued to charter schools that closed before July 2015.

This week, Cuomo proposed expanding that number, offering a new pathway to open charters as state lawmakers show no signs of wanting to increase the charter cap. His plan would allow authorizers to re-issue as many abandoned or leftover charters as they have available, though it wasn’t immediately clear how many that amounted to.  Is it 10, 25, 50?

In addition, the Governor's budget once again short-changes the schools by only increasing funding less than what the State Board of of Regents proposed.  His proposed spending increase is less than half of what the state’s education policymakers and advocacy groups have called for. It also fell $175 million short of the year-over-year increase the governor suggested last year.

Chalkbeat has an article about the Governor's proposed budget Here.

Cuomo has two more years in office and is considering a 4th run in 2020. Seems like he has been there forever Cuomo has sold out our public schools from the days of moskowitch and her smoke and mirrors allowing charters free rent and space in our schools.....What has he done for our public schools in the 8-9 years he has been GOV of NY?

scary thought in seeing that bloomberg has risen to 10 percent in the polls behind biden, bernie and that woman from harvard.....if bloomberg wins nyc schools will become a house for the indigent while bloomberg gives his charters buddies the run of the house....vote for biden or bernie but please people not bloomberg we had him for 12 years and still paying the price.

Anyone know how much we get for coverages?

Union membership is down due to job losses and the Janus Decision allowing dues rejection
https://www.city-journal.org/future-of-government-unions

Don’t worry be happy
Soon everybody will be at ATR

It's getting to the point that it's an embarrassment to work for this doe (Death of Education). Also 1:13 is right, I ended up in the ATR because I refused to play their little fraud game. If you ask people in the ATR, they're the only ones with integrity. I also don't like how the ATR pool is used as a threat and punishment.