How The Misguided DOE School Choice Policy Caused The Destruction Of The Neighborhood High Schools. 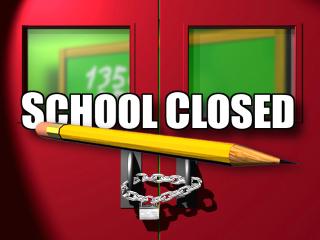 It is no secret that a student entering high school can apply to any school they want to attend, no matter how far the school is from the student's community.  The elimination of zoning requirements has resulted in many of the neighborhood high schools in poor communities to struggle and eventually fail as they cannot attract academically successful students. Interestingly, the Mayor blamed the school failures on poor teaching and not the real villain, his policy of "school choice" that former Chancellor Joel Klein implemented during his disastrous tenure that ended in 2010.

Before the Mayor's "school choice" policy, the neighborhood high schools were always guaranteed a decent amount of  academically successful students, even in the most poverty-ridden communities since they were zoned for their neighborhood school. These students were not only role models for entering students who saw how successful they were academically and the respect the school's staff and Administration had for them but also as a stabilizing influence to the student body and the school.  With these higher achieving students at the school, advanced and difficult courses such as college level courses, Physics, Calculus, and College now, along with various Advanced Placement courses were offered.  The result was that there was greater student participation in extracurricular activities such as sports, clubs, and  most importantly community  pride in seeing students graduating from their neighborhood school.  However, once the Bloomberg/Klein "school choice" policy was implemented, the higher achieving students no longer applied to their zoned high school and these schools became a dumping ground for struggling students.  The result was the elimination of higher level courses in Math, Science, and Social Studies. Students graduating with Advanced Regents diplomas were in single digits in many of these schools and even graduation rates were tainted by a massive amount of bogus "credit recovery" courses that resulted in some outrageous actions.  Furthermore, many of these struggling students must travel for up to two hours to get to a school willing to accept them if they do not want to go to their failing neighborhood school.  For example quite a few students from Southeast Queens and even the Rockaway Pennensula travel long distances just to go to another failing school in far northern Queens just so not to go to their neighborhood failing school. This over reliance of mass transit brings me to a very insightful article Marc Epstein wrote for the Huffington Post about how many middle and high school students must take an ancient and creaky mass transit system to get to their school and how Hurricane Sandy has damaged the infrastructure.  Is it any wonder that for these struggling students that high absenteeism and failure is a constant companion? 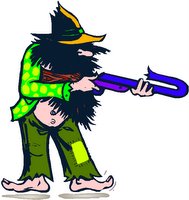 The disconnect of students, especially high achieving students with their neighborhood schools is a recipe for failure and when these schools fail the blame should be squarely laid upon the people who allowed it to happen, the Bloomberg Administration and their destructive policies and no one else.

Update:  The New York Post's article on Murry Bergtraum High School is a prime example how the Bloomberg Administration's "school choice" has lead to the destruction of this once proud school.
Posted by Chaz at 2:38 PM

Another aspect : I taught in a big sports high school on the very back end of Brooklyn. Because students could attend out of district, I had many students who came to the school from very far away, in at least two cases from the Bron, for example. This kids had been recruited for the very competitive teams at the school. Needless to say, NONE of them (and since I taught in the "athletic academy" a mini-school designed for the sports team kids I saw many many of them) were doing well academically. They missed their first periods of the day, took off completely when faced with hours' long commutes when not feeling totally up to snuff, had no time at all for homework or staying after school for tutoring-- of course they wouldn't have attended tutoring anyway since that was team practice time anyway. The kids were failing but the teachers were put under great pressure to pass them anyway. The culprits: school choice and administrations that need the kids to pass no matter what or face closure.

A fine post, but I have a quibble: there has been nothing "misguided" about the Bloomberg /Tweed effort to destroy the neighborhood school (starting with the high schools, and now reaching down to the middle and elementary schools).

The willful destruction of the neighborhood public school is integral to the privatization agenda of corporate education reform.

Calling it "misguided" makes it sound as if it has all been an inadvertent, well-intentioned mistake, when in fact it is social vandalism motivated by venal self interest.