Michael Mulgrew Is A Wuss!

UFT President Michael Mulgrew showed how spineless and uncaring he is about the rank and file by caving in to Chancellor Dennis Walcott's demand that teachers and other UFT staff must give up their winter break to make up the four days that the students were unable to report to school.  The UFT President's surrender to the DOE came without any consultation with the people affected by this terrible decision and despite the fact that we still would have worked the State minimum of 180 days if there are no snow days. How he came up with only 182 days in the school year instead of the actual 184 days to justify taking away our winter break is just typical DOE fuzzy math that our union bought into. 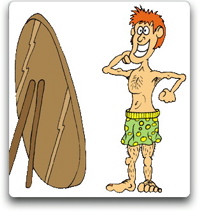 I, for one, thought Michael Mulgrew had more intestinal fortitude than the wuss, Randi Weingarten.  However, I see that I am wrong.  Michael Mulgrew is a wuss who rather follow the dictates of the DOE then what his members want.  I no longer have faith in Michael Mulgrew's inept leadership and hope we have a real leader to replace him when the next election occurs.  For people who do not know what a Wuss is, here is the definition.

Wuss:   A person of dual sissiness. This is actually a combination word. The person this word describes is not only a wuss, he is part wimp and part puss.
Posted by Chaz at 7:55 PM

You had faith in Mulgrew before this?

After the ATR nightmare, after the RttT debacle, the APPR cave-in, the Danielson nonsense, you had faith in Mulgrew?

Not me - I thought he was Randi without the charm.

BTW, I'm being sarcastic about the charm part.

The UFT is the same old UFT no matter if it's Mulgrew at the head or Weingarten.

And judging by the policies, not much has changed.

Mulgrew does not flatulate w/o permission from Randi.