My Annual Golden Turkey Awards For 2012 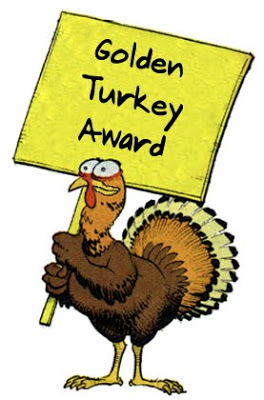 It is another year and along with NFL football and family gatherings, there is our Thanksgiving meal where turkey is the main attraction.  It's also the time when I identify my recipients of the annual golden turkey award for saying or doing stupid things when it comes to education, so here are my very deserving recipients.

UFT President Michael Mulgrew for quickly agreeing with the DOE to eliminate our winter vacation while failing math in the process.  How Michael Mulgrew came up with 182 days when the school calendar shows 184 is beyond me.  If you have any doubts about what Michael Mulgrew did without any input from the rank and file, just read NYC educator and the ICEblog.  What a Wuss and a recipient of a golden turkey award.


Mayor Michael Bloomberg for costing the City $58 million dollars for his ill-advised and spiteful "turnaround" proposal that would close 24 schools and send over a thousand teachers into the ATR pool. His failure to improve NYC public schools and continued attacks on teachers makes him an annual recipient of the golden turkey award.

Chancellor Dennis Walcott, otherwise known as the Mayor's poodle has been inept and his so-called initiatives have been shown to be a failure.  There has been no academic progress under his tenure and  nobody expects there to be.  An easy selection for my annual golden  turkey award. 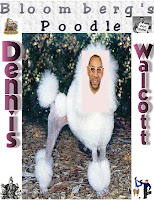 Former Flushing Principal Carl Hudson who not only was removed as Principal from Flushing High School that he ran into the ground but was arrested for drug possession outside the school but don't worry the DOE probably placed him in a position at one of the useless CFN's.  Another worthy recipient of a golden turkey award.

I am sure there are many more deserving recipients of the turkey award but I limited it to the four very deserving individuals that have hurt teachers and education in the 2012 year.

Chaz, I've spent some time spreading the word on MORE to all my facebook teacher friends and imploring them to take five minutes of their time reading their mission statment. Many have replied, "Thank you for letting me know about this." Keep up the great work.