The DOE Inequalities Of Providing Transportation Services To The Students In The Rockaway Pennnsula. 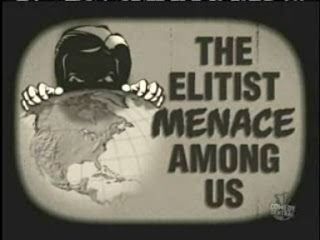 I read with much amusement the schoolbook article on how the Principal of the elitist Scholar's Academy praised the DOE for providing yellow school buses to transport his students to their temporary digs in East New York and had an attendance rate of 60%.  By contrast, many of the schools in the Rockaway Peninsula had inadequate transportation provided by the DOE to other schools and District 27 had an overall attendance rate of 20% which includes other less affected communities like Howard Beach, Richmond Hill, Woodhaven, Jamaica, and Ozone Park !   Some Rockaway schools' attendance rates were in the single digits The question is how did the elitist Scholars Academy get yellow school buses from the DOE while the rest of the Rockaway Peninsula schools did not have enough?   The answer is very clear to me and that is that the DOE plays favorites and has different rules for different schools.  Let's compare Scholars Academy with a typical Far Rockaway school  such as Rockaway Collegiate which is part of the Far Rockaway Campus.

It is obvious from the statistics that Scholars Academy has a majority White and Asian student body.  Moreover,  the school only takes students who scored 3's and 4's on the math and reading tests.  Furthermore,  these students are also screened for absences and punctuality as well before they are accepted into Scholars Academy. Furthermore, only 35% of the students qualify for free lunch meaning that the majority of students come from middle class households. Finally the schools "college readiness scores" is 90%. By contrast, Rockaway Collegiate has 60% of their students qualifying for free lunch which shows that the majority of the school's students live in poverty. Finally, the "college readiness score" is a terrible 3.4%. 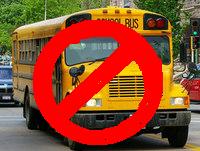 Despite all the Bloomberg, Walcott, and Tweed propaganda machine claims that it is "children first".  When it comes to the Rockaway Peninsula it is the "privileged children first" and as for the rest?  They can find their own way to schools that are many miles away can't they?


update:  After reading blogger Doenuts commets and talking to a few other people at the Rockaway Complex, they told me that many of the high school students were encouraged to take public transportation because of fears that there were not enough buses available for the first week.  Still it would appear the DOE showed favoritism to Scholars Academy in allocating buses to the schools.

Chaz, it is not just the racial lines it is divided on "school lines". If you attend one of the favored small schools, you have plenty of resources. If you are one of the schools he is trying to close, they starve you of resources. This is not news, however. You have documented it many times. I took the stats printed in the newspapers a few months ago and compared schools that are not "in danger" and compared them to the stats in the school I am in, and I would dare Mayor Napoleon or any of his other lackeys to tell me which school was the one in danger, after a blind side by side comparison.

While I agree with you about the disparities between schools in general, I have to (I think for the first time) totally disagree with you about the DOE's handling of the transportation situation here.
first a correction: Beach Channel students were given coach buses (not yellow. Coach). Does that make them the favorites? They still didn't show (GS on Wednesday).

But the reason for that has nothing to do the DOE. It's all the same reasons related to poverty. The entire system failed right around the DOE. For instance, the communication system failed because the power has been out for so long (cell phone towers included). No one there is getting much word of anything (many on the east side hand't even known they were evacuated for the snowstorm last week).

In fact, when you look at the response to the storm of every government agency -on every level of government- I can't think of an agency that did the job it was supposed to do better than the NYCDOE.

No. no one has hacked my account. But fair's fair. They did a LOT to get these kids back to school as soon as possible.

I take your word about it. However, my friend works for the Far Rockaway Complex and told me that the students were not provided with school buses to take them to their alternate learning sites but to take public transportation to get there.

chaz, I guess you were right. Gotham schools reported that many schools did not have enough buses to transport the students to relocated schools last week.

Keep up the accurate reporting.

Well, this blog may serve as an idea for the parents or guardians who have kids studying in that academy. They must make some actions so that they're kids will not be in trouble, late or whatsoever just because they don't have an appropriate transportation.

They must consider to hire a new transportation or school bus for their students. Charleston Transportation is one of the company who are offering good qualities of limos, buses or cars that may used for any transportation services. They must try to visit so that they will have an idea. Thank you for posting this blog it was really informative.