What Do Mayor Bloomberg, Governor Cuomo, And NYS Education Commissioner King Have In Common? It's NYC Children Last. 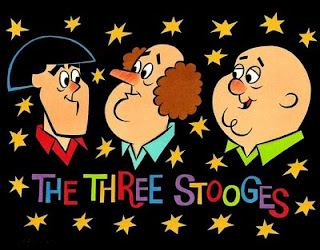 In the last month the students of the NYC Public Schools have seen funding to the school system cut or threatened to be cut by over a billion dollars by the various actions of three politicians in New York State.  Who are these three stooges who want to hurt the children? ?

The first stooger  (Moe) is Mayor Michael Bloomberg, who has already cost the NYC school system over a billion dollars all by himself.  The latest being "his way or the highway" approach on the teacher evaluation system that will cost the NYC 240 million dollars of State funds in the next school year. The Mayor prides himself as the "ultimate reformer" and the "education Mayor" but his real agenda is to fire teachers and break the teachers union, especially those veteran teachers that dare receive a pension and retiree health benefits.

Next, stooger  (Larry) is Governor Andrew Cuomo who pressured the UFT and NYSUT to agree to a teacher evaluation system that included "junk science" that was as much as 40% of a teacher's final grade.  It was the Governor who demanded a teacher evaluation system or lose $250 million dollars of State aid.  While not an education reformer himself, he is sympathetic to many of the education reformer aims and cannot be trusted to do what is right for the students of NYC.  A better look on how Education Reform is affecting the country and the NYC schools can be found in Marc Epstein's column in the Huffington Post here) . The Governor's self-proclaimed "student advocate" title is a joke as he  authorized the removal of  250 million dollars of State aid to the NYC students. Worse, in his new budget proposal he extends the penalty and this has raised an objection from the powerful leader of the State Assembly, Stanley Silver, who believes he is penalizing the NYC students. 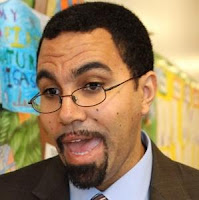 Finally, there is the third stooger (Curly), the NYSED Commissioner John King, who has told the City that he will authorize the stopping of Title 1" Federal funds to the New York City schools if the City and the union cannot agree on a teacher evaluation program by February 14th.  A cold heart indeed.

It is a pity that these three politicians believe that their political agendas are more important than the children's education they pretend are so important to them.  In my book they are the "three stooges" but when it comes to hurting the NYC students nobody is laughing.
Posted by Chaz at 8:46 PM

Good analysis and when it comes to these three stooges it certainly is the NYC children last.

They should be taken to task by the media for taking precious dollars away from the schools.

Interesting how the newspapers haven't brought up the issue that the Governor, who ,claims he is the "student lobbyist" is withholding up to a billion dollars to the City schools?