Why We Should Not Support Christine Quinn For Mayor. 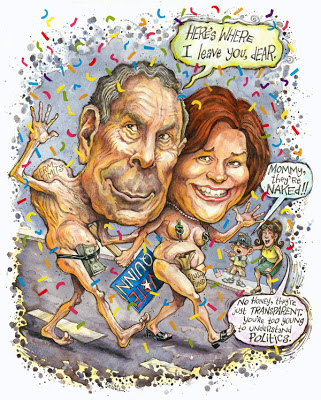 Absent from the many politicians and the Mayoral candidates at the UFT and CSA press conference about the inappropriate and inflammable remarks comparing the UFT to the NRA made by Mayor Bloomberg on Friday was Christine Quinn.  This is just another example why the union would be making a mistake in supporting Christine Quinn for Mayor.  To support Christine Quinn is agreeing to elect "Bloomberg Lite" and very little would change with her in office.

It wasn't long ago that Christine Quinn stayed strangely quiet when the Bloomberg bill to eliminate "first in, last out" for NYC teachers rammed its way through the State Senate in 2011  It was only when Ms. Quinn realized  about that the "Bloomberg bill" was not being voted on by the State Assembly and Governor Cuomo did not support it did she change her mind.  In fact when the union had a rally, she failed to show up to support the union and go against the Mayor even after the "Bloomberg bill" was destined to die.  I wonder why?

Ms. Quinn also remained quiet about the closing of many schools and his ill-fated "turnaround program" over the last couple of years.  She was almost always at his side and very rarely took an opposite view from the Mayor.  While, Ms. Quinn will probably distance herself from the Mayor as his lame duck status makes him a liability, especially on education.  Look for her mayoral tenure to embrace many of the Bloomberg policies such as Charter schools, top-down management, and closing schools.  Or as many call it "Bloomberg Lite". 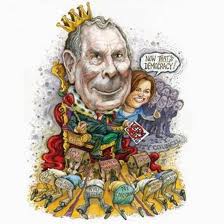 I don't for a second believe Mayor Bloomberg would not support her Mayoral ambitions.  His looking for other candidates is simply a ploy to show that Christine Quinn is not a Bloomberg crony and help her show that she is her own person.  Really?  I have a bridge to sell you in Brooklyn.  Yes Catherine Quinn has criticized the Mayor's remarks but that is part of the plan to show that she is independent of the Mayor.  However, the truth is very different.  She is nothing more than one of his cronies.

If Christine Quinn is really her own person then let her pledge that she will negotiate a contract with the UFT that reflects the "City pattern" and full retroactive raises with no givebacks.   Moreover, stop the destructive and community busting Charter co-locations, and finally stop closing schools.  Any agreement that falls short of these requirements are unacceptable.

I certainly agree with you on this issue. Too bad Unity is too busy rolling over on the teacher evaluation to make it clear to Bloomberg's cronies on what they need to do yo get our support..

I can't believe how silent our union and the caucuses are about this issue.

Didn't she aid the Mayor in giving him and her a third term and also giving Christine Quinn free health insurance since she was in the City Council for ten tears?

Why is the union quiet about Christine Quinn?