Why My Union Is Important. 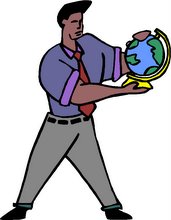 I believe that in this day and age, being part of a union is very important. While I may question the UFT's advocacy mission, especially spending money on non-teacher issues. For example looking at what the UFT's "Unity" caucus has spent on non-member items like giving $50,800 to AL Sharpton's National Action Network, while he supports the ed deformers and Charter Schools. Furthermore, I am unhappy that our union may be allegedly running a $72 million dollar deficit, or as one article so claims, while giving the City a billion dollars of pension money to help it recover from hurricane Sandy at a time when the Mayor refuses to give UFT members a raise!  Is it any wonder I object to our union's caucuses who advocate "social justice" issues?

In saying this, I can't imagine what our plight would be without a union.  In 2012 our union stood up for teachers time and again.  First, they filed a grievance that overturned Mayor Bloomberg's vindictive "turnaround program" that would have dumped a thousand teachers into the ATR pool.  Next the union forced the DOE to require the principals to hire ATRs for their long-term leave and vacancies as stated by the ATR Agreement. Finally, the DOE will now be required to pay special education teachers their actual salary, not per session,when they spent evenings and weekends doing SESIS work.

If we didn't have a union, just think of what the Mayor would impose on us.

While I may not be happy with the lack of transparency and "top-down" advocacy of our union or the "social justice" issues that the two leading caucuses emphasis, I still believe that a flawed union is still much better than no union at all. Therefore, when our union is attacked from the outside, or from the cancerous tumor on the inside, I will be there to support my union, body and soul.

A reminder to our union:  I expect that the UFT should insist that any Mayoral candidate pledge that they will honor the "City pattern" and the long-held practice of retroactive raises.  Without such a pledge the union should actively campaign against that candidate.  No other course of action would be acceptable. It is time we flex our collective muscles on this issue and not wuss out.

It's great to hear you in love with our Union but to compare our Union with no union is misplaced. When a duly selected bargaining agent becomes more interested in its preservation than its members it has become non-union. I will praise our Union when it takes up its responsibility of actually organizing its members and representing us against the tide of anti-teacher and anti-education trends that have been thrown at us rather than winning a couple of arbitrations or court cases and using those "victories" as proof that we are represented by a true Union. You don't give up members' workplace rights and call yourself a true union.

Well written post, Chaz. I wish every union hating civilian could see things through the eyes of a city teacher and see just how vital it is that we have protection in this vindictive system.

What do you think will happen with ATRs over the next year or two? I have speculated they will be doing something for years and nothing ever seems to occur

chaz, I agree with you on closing ranks around our union, despite the differences we may have.

I also agree with you on making the Mayoral candidates pledge to give us a contract with retroactive raises.

No pledge no support by us.

Chaz -- given that you asked me to end this here I find another bogus attack on MORE given that our social justice issues as I THOUGHT I explained in our interchange is as far from Unity giving money to Sharpton as the earth to Jupiter. You and James seem to bend over backward to praise the UFT leadership whenever they get a crumb. The fact that these people were forced to give up weekends, lunch, etc for a year while waiting for a grievance procedure to wind its way through is not acceptable. As James points out the contract is violated constantly with little response. How about using UFT commercials to have publicized this instead of lamo comm? How about warning the DOE that teachers will work only on contract time if they don't compensate them ASAP?
Teachers in NYC may be too frightened to take a stand. Compare to Chicago run by a true social justice union with the ability to scare their DOE that parents -- due to social just unionism -- would actually support the teachers in a boycott. I hope my point gets across this time.

I do not speak for James Eterno or for anybody else for that matter. I speak for me and While our union has many faults, I will congradulate them when they do the right thing.


I'm confused, how would you have handled the SESIS issue? As for social justice? This is not a shot at MORE, it is simply something I do not agree with it as a union issue, be it "Unity" or "MORE".

I don't understand how you cannot see social justice as a union issue. If union members are getting what they deserve: decent salaries, health benefits, time off for illness, a pension they can live off of when they retire, job security, job protections (tenure, ability to grieve injustices, needed supplies in their schools and classrooms, academic supports if needed and RESPECT - how is this not social justice? And as the MORE logo states, Our working conditions are our students' learning conditions. This is not social justice?529 handoun

You have your opinion and I have mine. There is nothing more to discuss on the "social Justice" issue.

It is, imho, quite important to both support our union, and to be critical when it does things wrong or fails to act. It's the line I try to walk, and I am glad to read a similar idea, albeit stated quite differently than I would, in this space.

"One hundred years ago, workers did not have rights."

That's what I'm fighting to preserve for all the members in our union.

The union must make every effort to protect those rights and to maintain their existence now and for many, many years to come.

Whether the union wins several battles, the war they did not win. Our members are casualties where a certain number may win and relish those momentary victories, but there are still too many suffering. Yes, I am a strong believer of unionism and I do believe in acknowledging those victories, but sadly, there are few and so far apart.

"Which Side Are You On? - Almanac Singers"
http://www.youtube.com/watch?feature=endscreen&v=b1gX0SxtidI&NR=1

From the MORE statement on SESIS:
"Many special education workers including Related Service Providers, SETSS Teachers, Psychologists, Social Workers, and Guidance Counselors have been forced to do excessive amounts of Data Entry work. This is certainly not in our contract. Yes, the right thing should be that workers get paid overtime for this labor, however, money was never the issue. It was the forced labor that we had to do on our own time IN ADDITION TO the other tasks we have always done largely after school hours including lesson planning and IEP writing (which takes more time on SESIS then on prior paper IEP’s). If we gain additional workers to do the data entry tasks required by SESIS, that would be a victory because it would allow more time for intervention and counseling with students."

Yes, Chaz, I would tie the SESIS issue to the negative impact on students and parents as a result of DOE policy to garner broad based support for taking action. Watch the DOE spin this as greedy teachers who dare want to be paid. From day 1 the UFT should have bombarded the airwaves with how the kids are getting screwed more than the teachers who always give time but in this case the time they are asked to give makes it impossible to serve the kids.
Sorry to keep bombarding you with social justice but it's just smart strategy on the part of a union whose widgets are kids.

If you remember I did write a blog post back in June of 2011 on the SEISES issue.

And yes I would like our union to be more militant and focused on our contractual rights. Like you, I do see this as forced labor but until our union becomes more proactive than reactive, it is, what it is.

Hopefully, if MORE wins our members will be mobilized and not accept "obey and grieve" as the option to the DOE's forced labor directive.

I do agree with Chaz on the obvious incrimination of "obey and grieve".

Case in point, I learned from another CL that admin in his school is forcing a member to sign a LIF without any due process of a hearing and union representation. So they filed a step 1 and of course, it was denied; hopefully, it will go to step 2. In the meantime, the member is still being harassed by admin to sign the LIF that was grieved. If the member signs it, eventhough it was grieved and the member is waiting for the step 2, then in the DoE's eyes the member's guilty because no one is innocent. How many cases do we really win at step 1 or 2? Here's where I would refuse to sign based on the pending step 2 hearing and I would file harassment. Of course, the administration will say insubordination, yet I would rather take a stand than "obey and grieve". But that's me! I just don't understand this principal's relentless pursuit for the member's signature.

I informed the CL to email the principal with a cc to his DR asking his principal why the push for the member's signature, why the push to overlook the step 1 grievance and the pending step 2 hearing? As mentioned in the previous streams, the UFT must demand that the contract is very clear and administration knowingly violating a member's rights, skirting CBA for all members, will and should NOT be tolerated. It seems to me that administration will be slapped on the wrist but then continue their disrespect towards the members. Come on, enough!