Its Time To Stop Funding And Hiring From The Flawed "Leadership Academy". 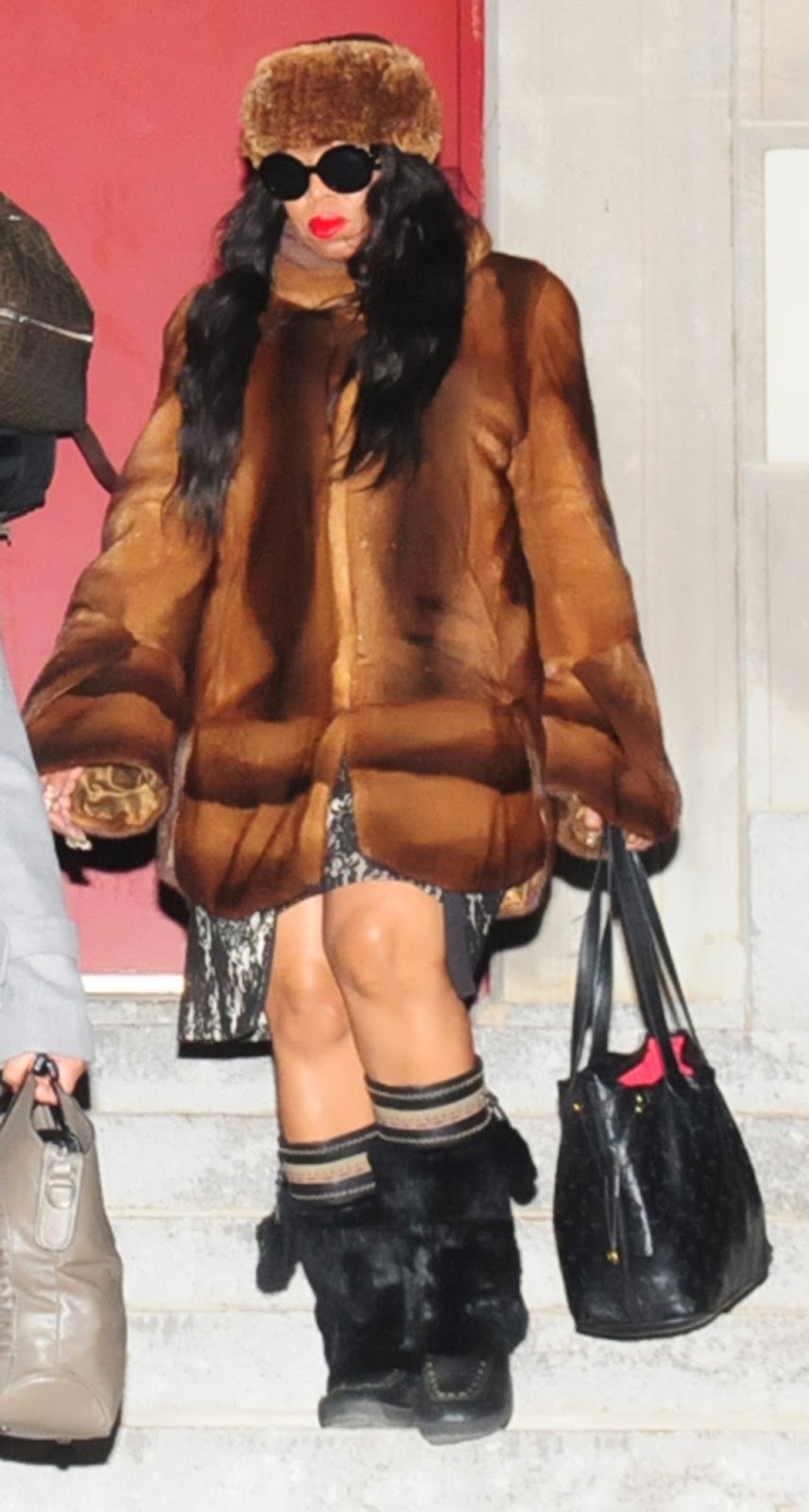 In today's New York Post, there are more revelations about Principal Marcella Sills of PS 106 in Far Rockaway.and how the DOE ignored pleas to remove her  I have also been informed that the Principal never taught in a New York City classroom before being put in charge of the school.  Who was responsible for this?  The finger is pointed at ex-Chancellor Joel Klein, Regent Kathleen Cashin (Superintendent at the time of Ms. Sills hiring as Principal), and of course District 27 Superintendent Michelle Lloyd-Bey who not only allowed Ms. Sills to continue to be the Principal but ignored all the complaints since 2006, unbelievable. The Post also reported what a student said about her school.

In my first assignment this year, I was sent to a school in Central Queens that also had a "Leadership Academy Principal"  and he actually bragged to me that he never taught in a New York City classroom.  When I asked him very politely "doesn't it impede your ability to properly evaluate your teachers", his response to me was that he was trained to be the CEO of the school and that's the job of his Assistant Principal to inform him of the effectiveness of his teaching staff.  I was, of course, appalled that he was not an instructional leader and didn't seem to care to be one.

NYC’s non-geographic school support network structure and the central bureaucracy at Tweed are bloated, ineffective, inefficient, and lead to patronage. Of the non-geographic networks a full 1/3 received ineffective or developing quality ratings. An audit by the NYC Comptroller’s Office found that “it is difficult to determine whether or not that support increased the efficiency of the school’s day-to-day operations… a network’s contribution to the scores allotted to the schools cannot be directly ascertained.” This is not surprising. We do not assign police precincts to police blocks in different neighborhoods, even if those blocks have similarities. We do not have fire stations cover fires in different boroughs. So why should our schools be supported by teams responsible for 30 schools spread all across the city? A policy report by the NYC Comptroller revealed that this structure blocks parent influence in local school governance. The opportunities for conflicts of interest, patronage, and corruption, supposedly a concern under a geographic structure are, unfortunately, all too plentiful in the centralized structure. Favoritism is rampant. For example, schools were forced to hire Aspiring Principal Program (APP)/Leadership Academy principals despite the data showing that student suspensions increase, the” performance drop… is larger at the schools hiring an APP graduate” and over 40% of APP graduates are no longer principals in the same school after 3 years.

By the way, who spearheaded the hiring of these inept and dangerous "Leadership Academy principals"? Yes, you guessed it, the one and only Eric Nalderstern who also gave us the useless Children First Networks listed by the Tweed insider as being of dubious value to the schools and other less than wonderful changes that will take a decade to reverse.  Thanks Eric for your contribution in destroying the New York City school system.

The bottom line if we are to improve the New York City Public School System lets bring back how principals used to be selected based upon their ability, collaboration, and excellent teaching skills.
Posted by Chaz at 9:58 AM

The scope and spectrum of the calculated dismantling of NYC public school is amazing. I ask myself, as I'm babysitting as an ATR, what the f--k was, is and will our union do? Most of this could not have happened without Randi's compliance. I listened to Mulgrew with Diana Williams and he was very uninspiring (to say the least - work on your grammar and diction). The union has been good for only one thing, taking our dues. I feel like the invisible man and I'm not the only one.

Let me be invisible for 6 more yrs. Retirement here I come!!!! Who wants to work in a system that was just barely getting by before bloomterd. Look at it now, total chaos in half the schools I visit. And if its not chaos at the school the teachers are scared!!!

This sort of thing with terrible principals goes on in every single school district in America. It's not unique to NYC other than there being a "leadership academy." In this day and age of NCLB and RTTT, few principals are any good because almost all of the good ones left. Now we have dregs who are put in there because of connections, not because of ability. They are also backed to the hilt by school districts if they get into trouble. You actually have to be or have been a targeted teacher to truly understand the filthy office politics in public ed. I will be very surprised if Sills is actually fired and not reassigned or promoted.

You may be right but these NYC "Leadership Academy Principals" have little or no classroom experience and many never bothered to achieve tenure before they became a Principal.

Eric Nadelstern is a true piece of garbage. This guy was considered a genius in the DOE? He destroyed the system and people watched him do it. For some crazy reason, this self centered, ego maniac was given premium power. When he was at the Lehman HS bldg as a big shot in the Bronx, he was in his beginning stages of becoming an asshole. He proved everyone correct. He was regarded as the Ol Mighty One that Gothamschools would go to for coverage. We would laugh our heads off when we read his comments and articles, like he had the answers. He should be recognized in the media as the true DOE (Destroyer Of Education) whose ideas failed badly. He's the worst. He was heavily despised by women as he was disgusting. No wonder he's alone, again. Worthless Shmuck!!!!

It's not just the Leadership Academy principals -- the "gotcha" mentality is now being taught at so many programs for classroom administration. My friend went for a masters in administration and he was taught in the courses things like:

1. If you really want to get a teacher, observe him on Halloween after the school has a party
2. Don't give teachers verbal warnings anymore -- simply write things up, you can't grieve file letters anyway
3. Observe teachers during tests because you can always say they had no lesson plan pus it scares the teachers

It's pervasive now to teach this stuff to aspiring administrators.

anon 12:47 is totally correct - the know - nothing APs are observing teachers in classes that they would fail - morons observing AP calculus and physics - what a joke!
these stupid APs in small schools have no business observing teachers out of their own subject areas - I can't wait to get out - the system sucks

Chaz,
Time to look at the New Visions "network". This group is super shady and forces principals to hire AP's that go through their network. No one knows how they are allowed to operate the way they do. They charge the highest fees out of all the networks. At about 50K per school, with over 100 schools, New Visions clears over 5 million per year. Not bad for a "not for profit" huh?

I remember watching the screen at my school as Chancellor Suransky's voice was putting me to sleep, regarding the new evaluation system. This morning I read that this pathetic individual is FINALLY leaving. I wonder what took him so long since Fariña's appointment. GTFOH!!!

shael surinsky leaving nycdoe for some bogus college job....slowly but surely the rats will be leaving the nest at the doe old corrupt bloomberg hell hole....omg....many doe employees apologizing to the uft stating they were sorry but they had to follow devil bloombergs insane policies.....thank god bloomshit is dead to us now...suransky and other rats at the doe know they better get out and get out fast.....now lets get our schools back to educating and leave the corrupt politics for phony piece of shit bloomberg creepy ugly freakazoid lizard looking garbage....i have to sit here as an atr and do nothing all day because of bloomshits sicko ego maniac mind..

yeah, me too i have to sit here at this tiny bogus little piece of crap fake school and watch 22 year old kids walking around lost and clueless......this practice of inexperienced teachers working while atr sitting around watching 22 year old know nothings is the biggest joke, idiot system in which the real losers here are the kids....ms farina get the atrs back into the schools and lets get some real educating going ..bloomberg was a miserable hater of working people as demonstrated by his many bullying tactics with other unions and other hard working people of nyc....

It is quite the shame that the ny press is letting bloomshit and his fake chancellors off the hook here with this ridiculous "leadership academy" so called principal. Why is the press letting bloomshits off the hook here?? This entire situation is clearly a result from the bloomshit years and the policies implemented!!! Why let this thug bloombergshit off the hook?? The gaul of him and his co called chancellors to think that anyone could be principal just attend his stupid ass leadership academy??? The nerve of the trashy ny post to break story after bloomberg leaves office is a crime in itself in that our true journalism ethics have been reduced to middle east dictatorship and the dictators control the media. I have such anger in me now as I slam the keys writing this blog...such bullshit and not a pleasant place to live your life reading about nothing but bogus self serving bullshit from government and media. The photo of this so called principal sills tells the story....shame on bloomberg and all his cronies at the doe for allowing this to happen but then again this is what they are trained to do at the leadership academy. If our new chancellor Ms. Farina and our new mayor Diblasio read this blog, please please free us from the chains of mr michael r bloomberg himself otherwise known as lucifer himself

In other news, Shael P-K is out. He's leaving to spend more time with his community college.

Shael the S___t might be out of the DOE, but DeBlahblah has promised that they will "work closely together in the future." I hope that was just a nice way of telling him not to let the screen door hit him in the butt on the way out.

It was promised that Vega would be next Hispanic Chancellor by Shael P Suransky because Eric N and him will make it happen. Vega is left to defend herself but she professed often that it would happened under Bloomberg yet she in midst of fraud investigation and Shael head of Bank Street. Does anyone see connection to corruption or how they know each other. Politics plays more the education of children. There should be a test for behavior by Eric N. in the whole of academic falsehood.